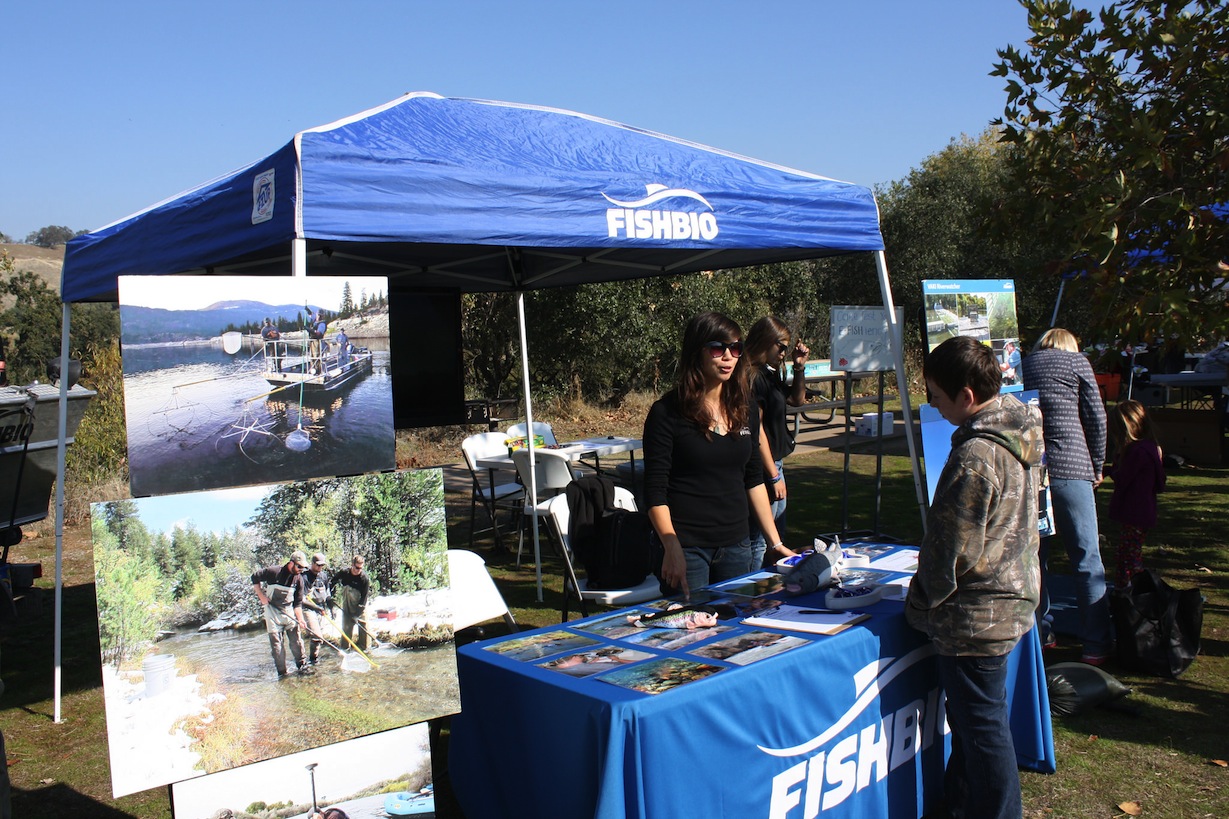 This year marked the 7th anniversary of the Stanislaus River Salmon Festival in the historic community of Knight’s Ferry, California. The festival is a free event geared toward teaching children and their families about salmon and their local environment. The event is a collaborative effort put on by governmental, private and community organizations, and the many educational displays included booths from state and federal agencies, such as the US Fish and Wildlife Service, the California Department of Fish and Wildlife, and the US Bureau of Reclamation. Some of the popular activities put on for attendees included fly casting demonstrations, gold panning demonstrations with the Delta Diggers, and painting t-shirts using molded fish stamps. 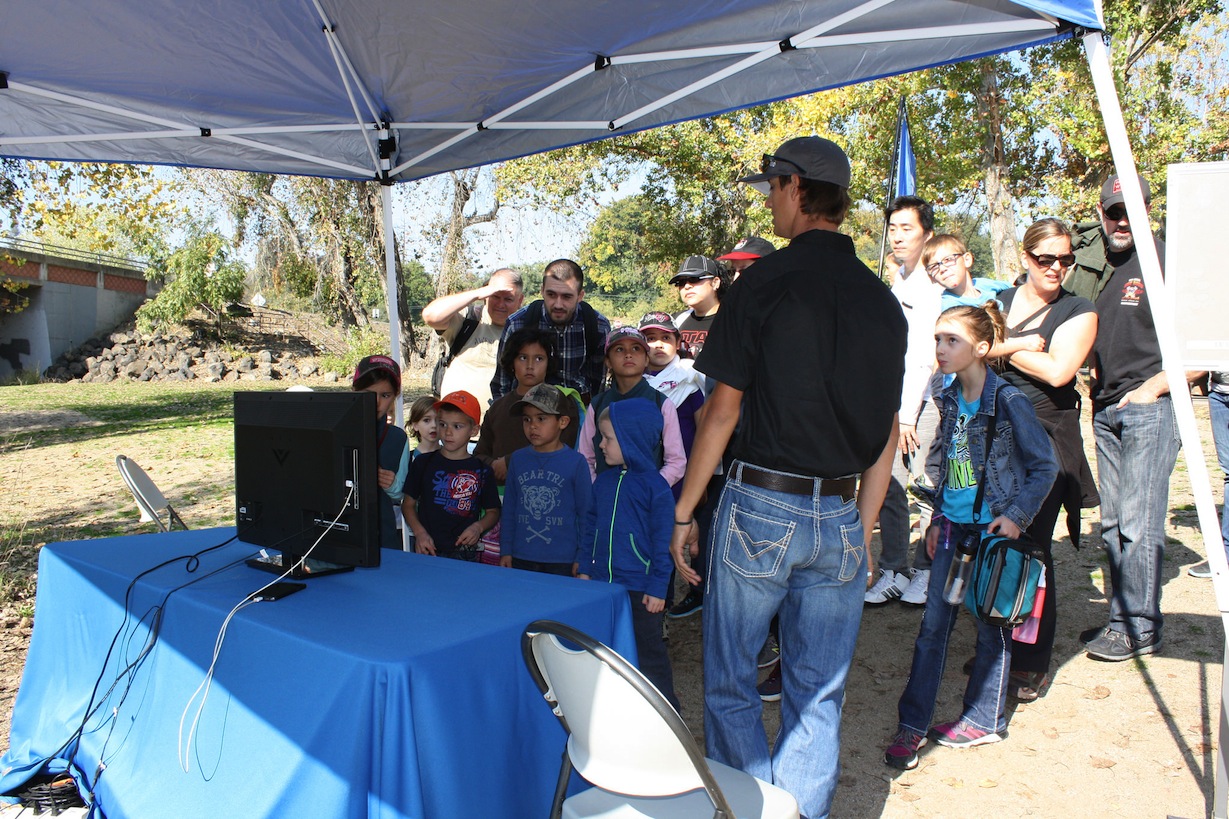 There were plenty of opportunities for fish viewing this year, as 7,242 Chinook salmon had been counted at the Stanislaus River weir by the time of the festival. This is a record not only for this time of year, but 2015 is also proving to set the new record for any season since we began monitoring salmon on the Stanislaus in 2003. While some of the best viewing may come from peering over the side of the Sonora Road Bridge while entering Knight’s Ferry from Highway 120, we also provided visitors with the chance to get up close and personal with a salmon. Before the event began, one of our technicians scouted the area under the bridge to spotlight a salmon with our live camera set-up, which allowed riverside visitors a unique opportunity to view a salmon holding on its redd. Nearby, visitors also watched as the Department of Fish and Wildlife conducted a carcass survey demonstration, which is not for the squeamish. 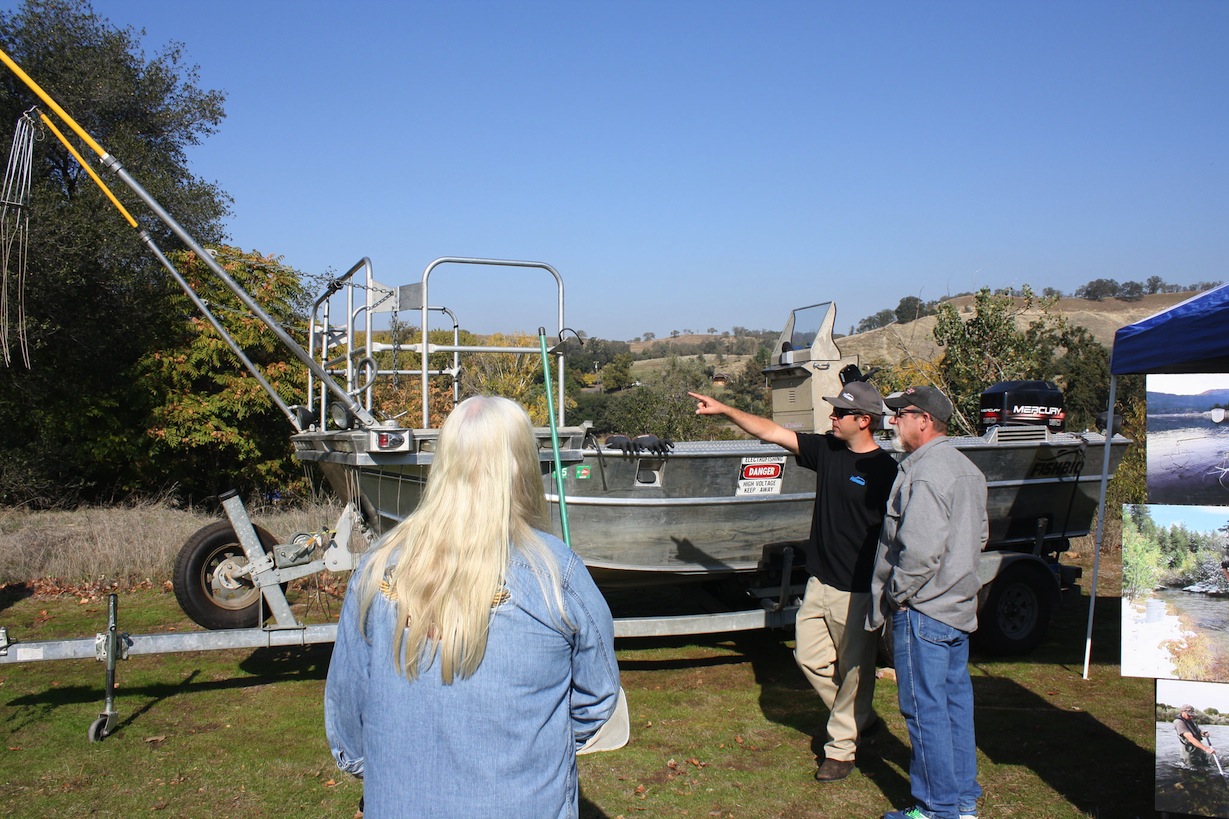 We enjoyed talking to many visitors at our FISHBIO booth, and also brought out our electrofishing boat for the first time this year, which proved to be a great conversation starter about how we conduct fisheries research. All of us would like to thank those who participated, sponsored, and attended this year’s event. It feels like the festival grows in scale and participation every year. Next year’s festival is tentatively scheduled for November 12th, but you can stay up-to-date by following the festival on Facebook. And make sure to check out FISHBIO’s highlight video from a previous festival to get an idea of what celebrating salmon is all about.