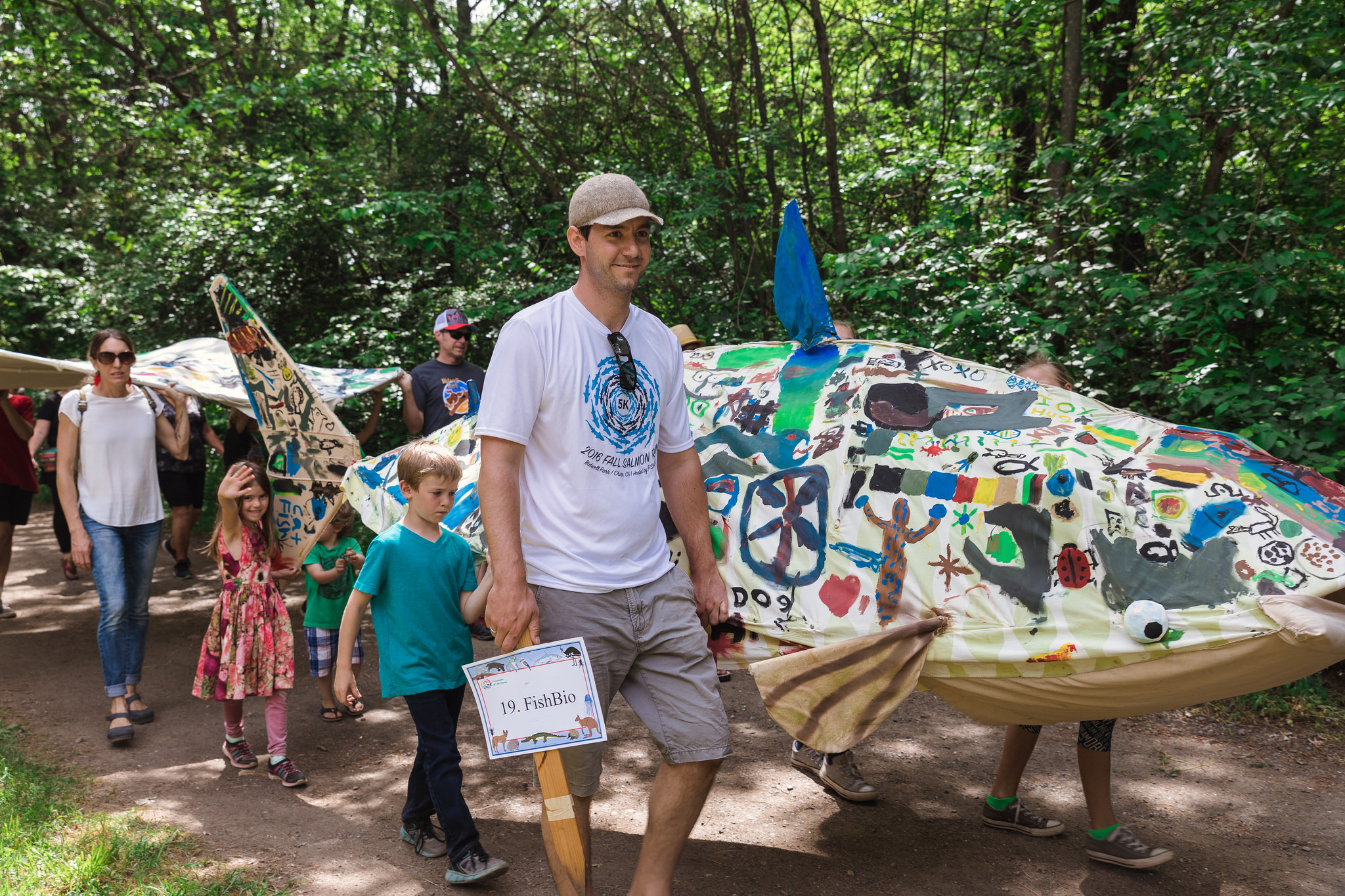 At FISHBIO, we’re big fans of building (slightly) larger-than-life fish puppets to parade at the Butte Environmental Council’s annual Endangered Species Faire. Our truly giant Mekong Giant Catfish was a huge hit at the 2015 event. When we found out the theme of the 2018 Faire was “Finned Migration,” we thought it only fitting to take the Giant Catfish for another loop in Chico’s Bidwell Park, and also decided to build it a companion – a giant freshwater stingray! The giant freshwater stingray (Himantura chaophraya) is a true behemoth living in the Mekong Basin, where FISHBIO conducts our Southeast Asia Program. These endangered stingrays can measure 8 feet across and 14 feet long! We thought a pair of migratory Mekong megafish were perfect ambassadors for endangered finned species.

Once again, we partnered with students at Chapman Elementary school to decorate the massive fish puppet. After learning some facts about rivers, fish migrations, and endangered species, the third grade students channeled their creativity to turn blank canvas into a conglomerate of artworks. The day of the Faire, students (and helpers) carried these sizable puppets, along many other student’s renditions of amazing critters, in the Procession of the Species. After the parade, children and adults alike enjoyed exploring the many educational exhibits and activities, such as a live animal show and making “salmon egg” bracelets. 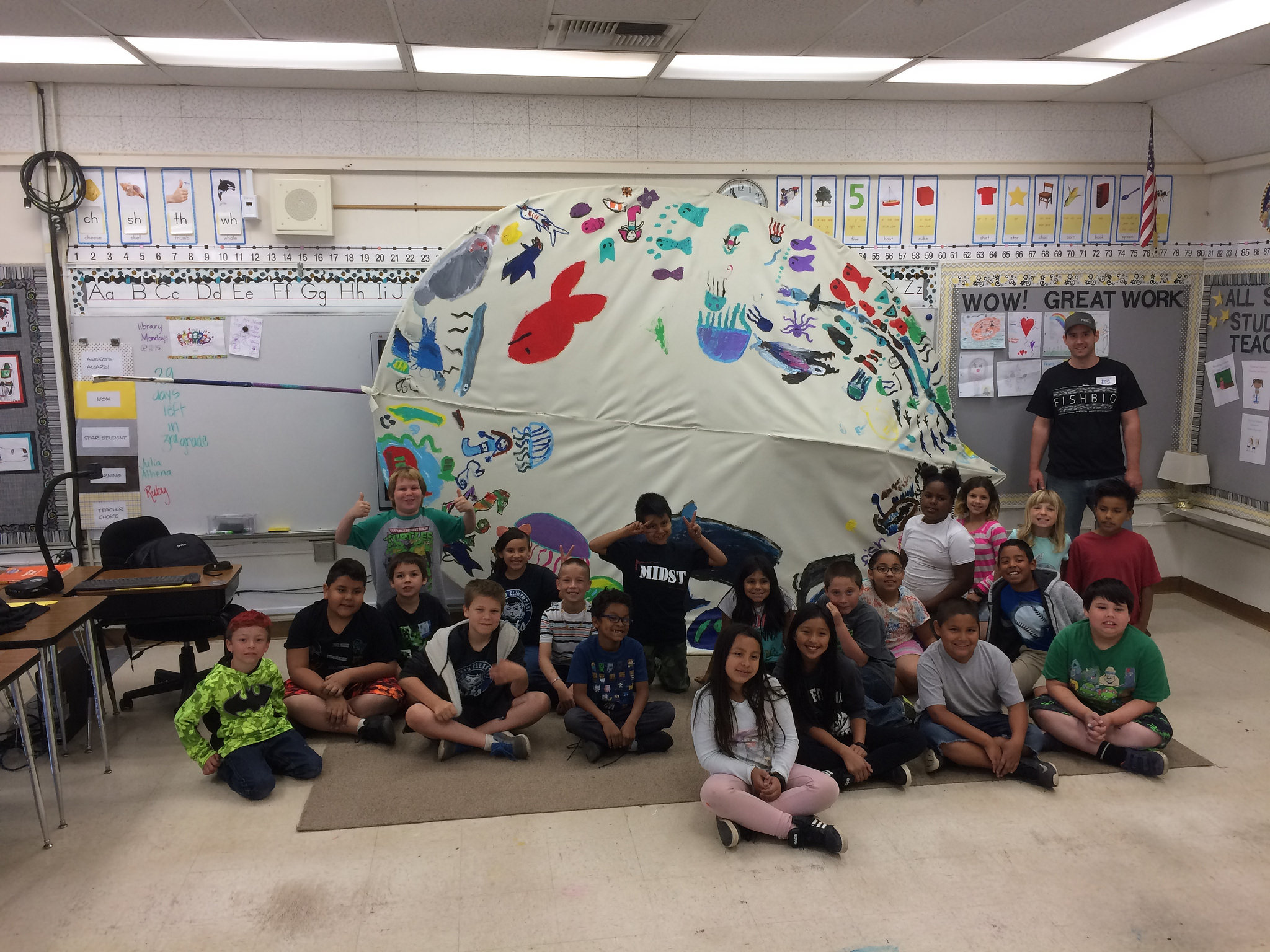 We loved the “Finned Migration” theme so much that our graphic designer submitted an entry to the Faire’s logo design contest – and won! We were particularly excited to see our winning design featured on the faire’s t-shirts and promotional materials. We always enjoy sharing our knowledge about fish, be it on the river, at events, or in local classrooms, and love to  encourage curiosity about the natural wonders hidden under the water’s surface. Check out our highlights video of puppet making and the parade. We are already look forward to contributing to next year’s 40th annual Endangered Species Faire!