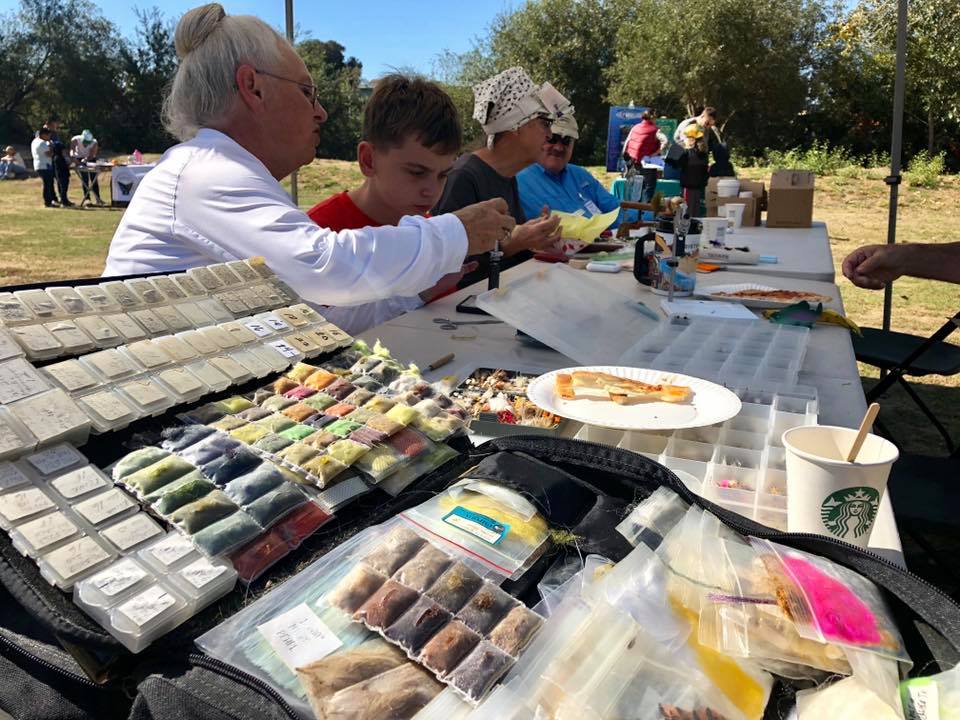 San Lorenzo Park in the city of Santa Cruz was recently flooded with fly fishing aficionados and novices alike during the 3rd annual Día de Pescar Fly Fishing Clinic held along the banks of the park’s namesake river. The event was hosted by the Coastal Watershed Council and organized by local fish-focused groups, including Santa Cruz Fly Fishermen, the Monterey Bay Salmon and Trout Project, the Steinbeck Country Chapter of Trout Unlimited, and Patagonia. Open to both seasoned fishers and those who have never touched a fishing pole, the clinic provided visitors the opportunity to attempt new skills like fly tying and casting, to learn about their local watersheds, and to complete activities mimicking the obstacles faced by the fish of the San Lorenzo. 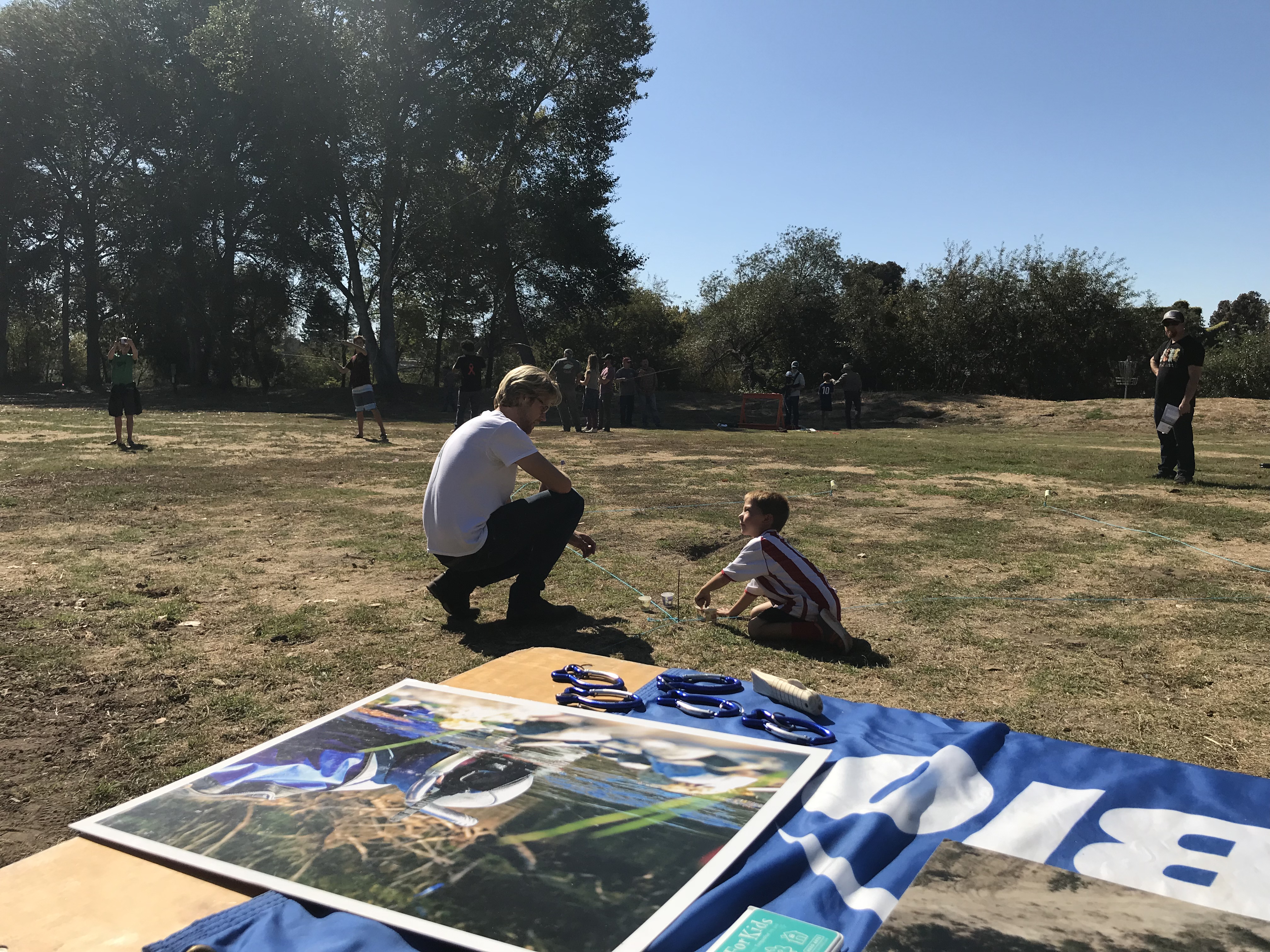 FISHBIO hosted a “smell your way home” challenge as part of the event, which allowed families and friends to get competitive as they followed a specific scent to reach their “home stream,” much like salmon themselves. Food trucks provided tasty treats, and numerous experts were on hand to answer questions about ecology and conservation, as well as provide tips on fishing in the area. By visiting each activity station, attendees earned chances to win fishing and outdoor gear in a raffle, and learned about protecting their watershed in the process. The San Lorenzo River, home to both steelhead and coho salmon, flows through the heart of Santa Cruz, and we hope locals who came out for Dia de Pescar found a new appreciation for this important stream in their backyard. 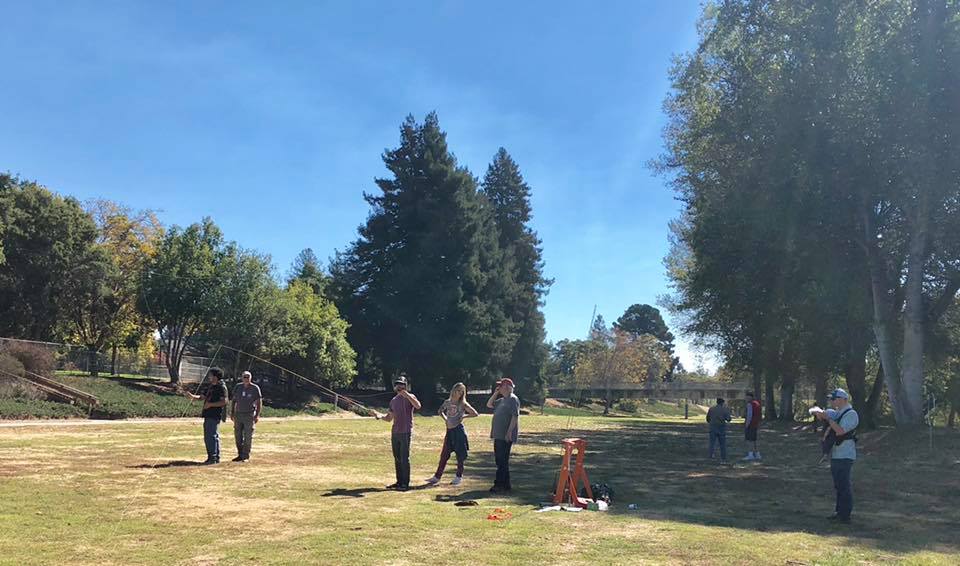