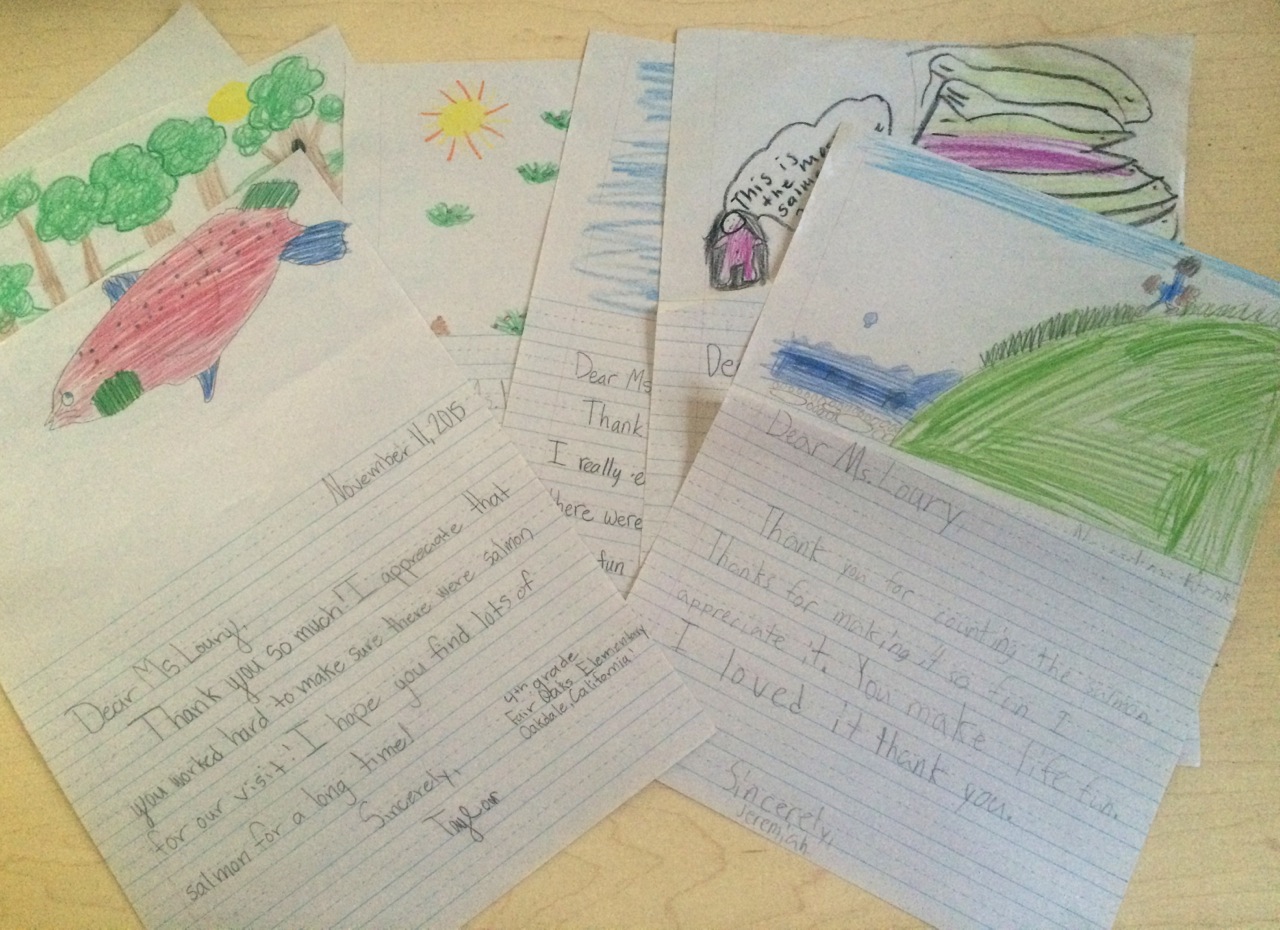 Migrating salmon make drawing graphs much more fun. At least, that’s our hope when we share the weekly salmon counts from the Stanislaus River with several classrooms in Oakdale, Ripon and Modesto. For the second year, we’re sharing the weekly tally from our weir on the Stanislaus as part of our Three Rivers Program, allowing students to plot the salmon migration and follow it in their classroom. Although things got off to a relatively slow start this year, we were soon in for a big surprise: the numbers of salmon literally went off the charts. For three weeks in October and November, the weekly tally ranged from 1,900 to 2,300 fish, meaning the numbers extended beyond the pre-printed graphs provided to some of the classrooms. We hope it was a great teaching moment about how nature is often unpredictable!

We recently received some wonderful notes from Mrs. Smith’s 4th grade class at Fair Oaks Elementary thanking us for sharing the salmon count. We passed the letters around for staff to read at our recent year-end meeting. “I really enjoyed seeing how much salmon there were in 2014 and 2013,” wrote one student. “I hope this year there is more than 10,000 salmon,” wrote another. We can report that as of Dec 10, we have indeed seen 10,957 salmon pass the weir, putting the migration on track to break 11,000. It’s the largest migration we’ve seen since we started counting salmon on the Stanislaus River in 2003. We’re happy that the students share our excitement for studying fish, and couldn’t agree more with this student’s wish: “I hope you find lots of salmon for a long time.”