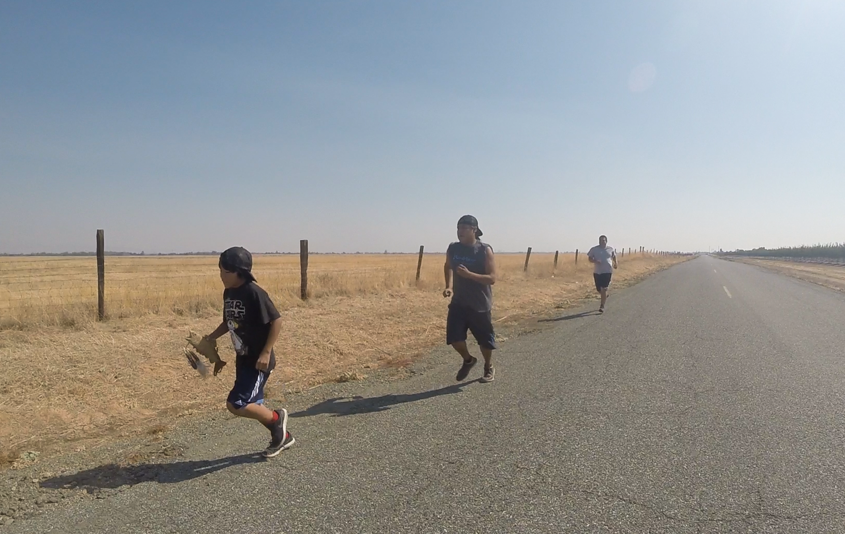 The Winnemem Wintu Native American tribe traditionally lived alongside the McCloud River (known as the Winnemem Waywaket). Winter-run chinook salmon are spiritually and culturally important to the tribe, exemplified by an ancient prophecy that states, “When there are no more salmon, there will be no more Winnemem Wintu people.” The tribe, along with a collective of activists and allies, held their second annual Run4Salmon event from September 9–22 to raise awareness about the challenges facing these fish, as well as protection of their sacred water and indigenous way of life. The event consisted of a 300-mile ceremonial trek that included prayer and blessings led by Winnemen Wintu Chief Caleen Sisk. Starting in the Sacramento-San Joaquin Delta, participants took turns walking, boating, biking, and running parallel to the Sacramento River on their way to the McCloud River, mimicking the salmon migration. The tribe plans to hold two more events, a total of four, in honor of the four runs of Chinook salmon in California (spring-run, fall-run, late fall-run, and winter-run Chinook salmon). 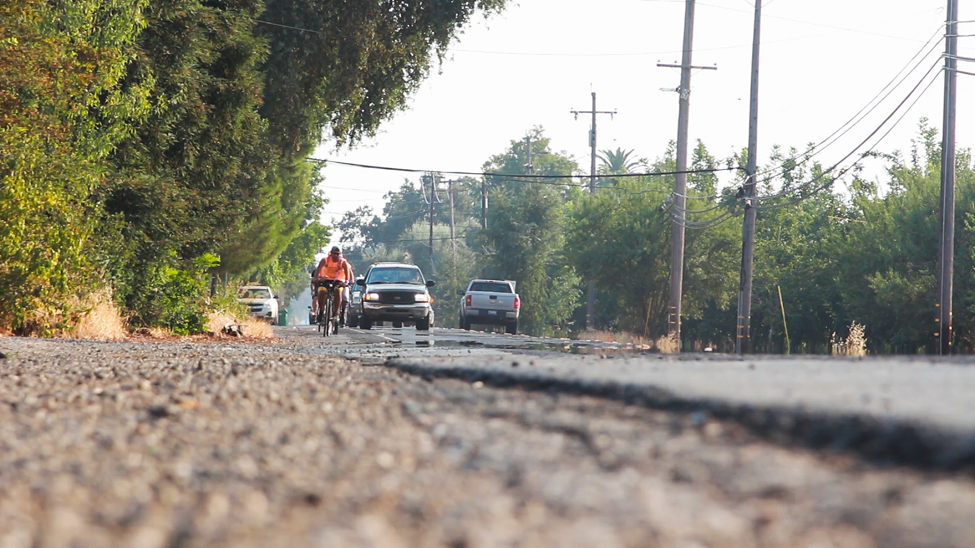 In addition to raising awareness of the plight of salmon, the Winnemem Wintu are raising funds for a salmon relocation and restoration program to help salmon reach the McCloud River above Shasta Dam using a swim-way based on existing creeks. Not only is the tribe interested in restoring natural salmon migrations, they also want to restore an ancestral lineage of winter-run Chinook. In the late 1800s and early 1900s, salmon eggs from the McCloud River were taken to New Zealand to establish spawning runs of Chinook. Although several of these transplants were unsuccessful, a population of Chinook persisted in the Rakaia River in New Zealand. The tribe believe that these fish are direct descendants of McCloud River winter-run and are advocating that resource agencies re-introduce these fish into the McCloud river, pending DNA tests. 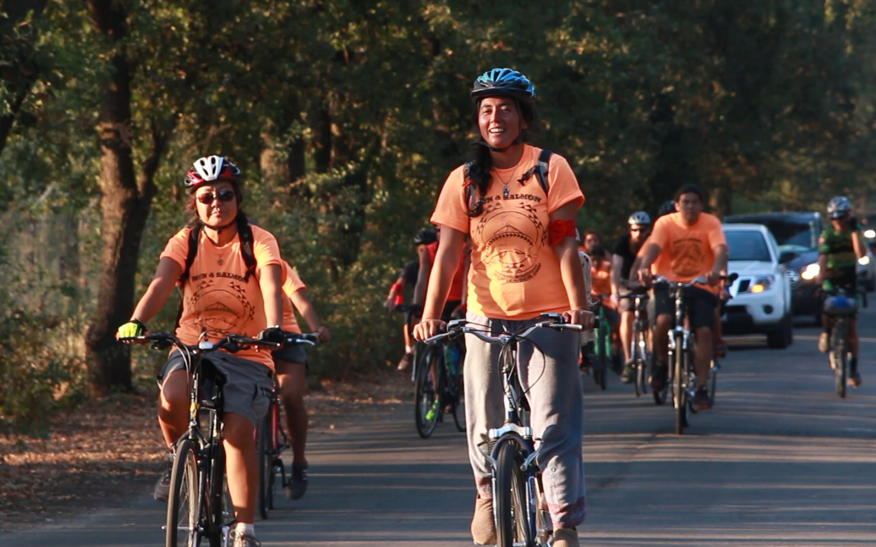 FISHBIO’s staff in Chico were able to witness this unique journey of the Winnemem Wintu tribe and local participants as they biked from Colusa to Chico, a 44.5-mile bike ride. Dressed in orange Run4Salmon t-shirts and riding in 80-degree weather, the participants tirelessly made their way alongside traffic carrying a Chinook salmon totem at the head of the group. Participants ranged from young to old, and each person pushed through, arriving in Chico and ending the day with a concert of songs and poetry by artists inspired by the Winnemem Wintu’s efforts to conserve salmon. The Run4Salmon allowed participants to experience how hard it can be for ocean-rearing fish species like winter-run Chinook salmon to swim back to their spawning grounds. Imagine having to walk, bike, boat, and run 300 miles home every year!