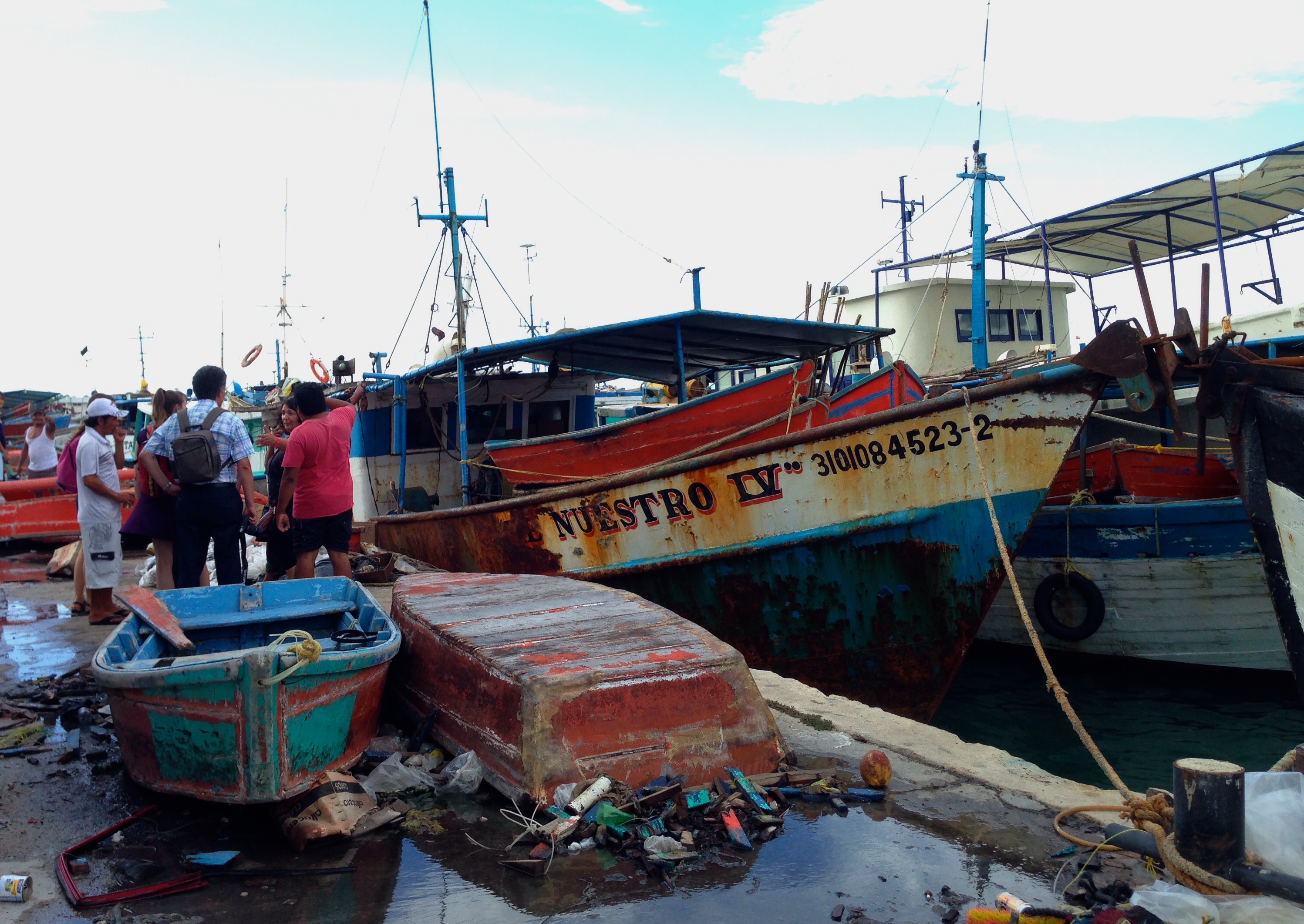 In September, FISHBIO attended the 2nd World Small-Scale Fisheries Congress, held in the city of Merida in Yucatan, Mexico. This meeting brought together over 400 people from 50 different countries, including roughly 30 small-scale fishers from across the globe. Hundreds of presentations covered topics from the economic viability of small-scale fisheries to the new co-management strategies for these fisheries. We were surprised to discover that fish biologists were in the minority among the participants, as the attendees spanned disciplines from fishers to historians, and economists to human geographers. The meeting was jointly organized by the Too Big to Ignore (TBTI) Project and the Centro de Investigación y de Estudios Avanzados del Instituto Politécnico Nacional (Cinvestav). The goal of the TBTI project is to bring the issues of small-scale fisheries into the national and international spotlight. 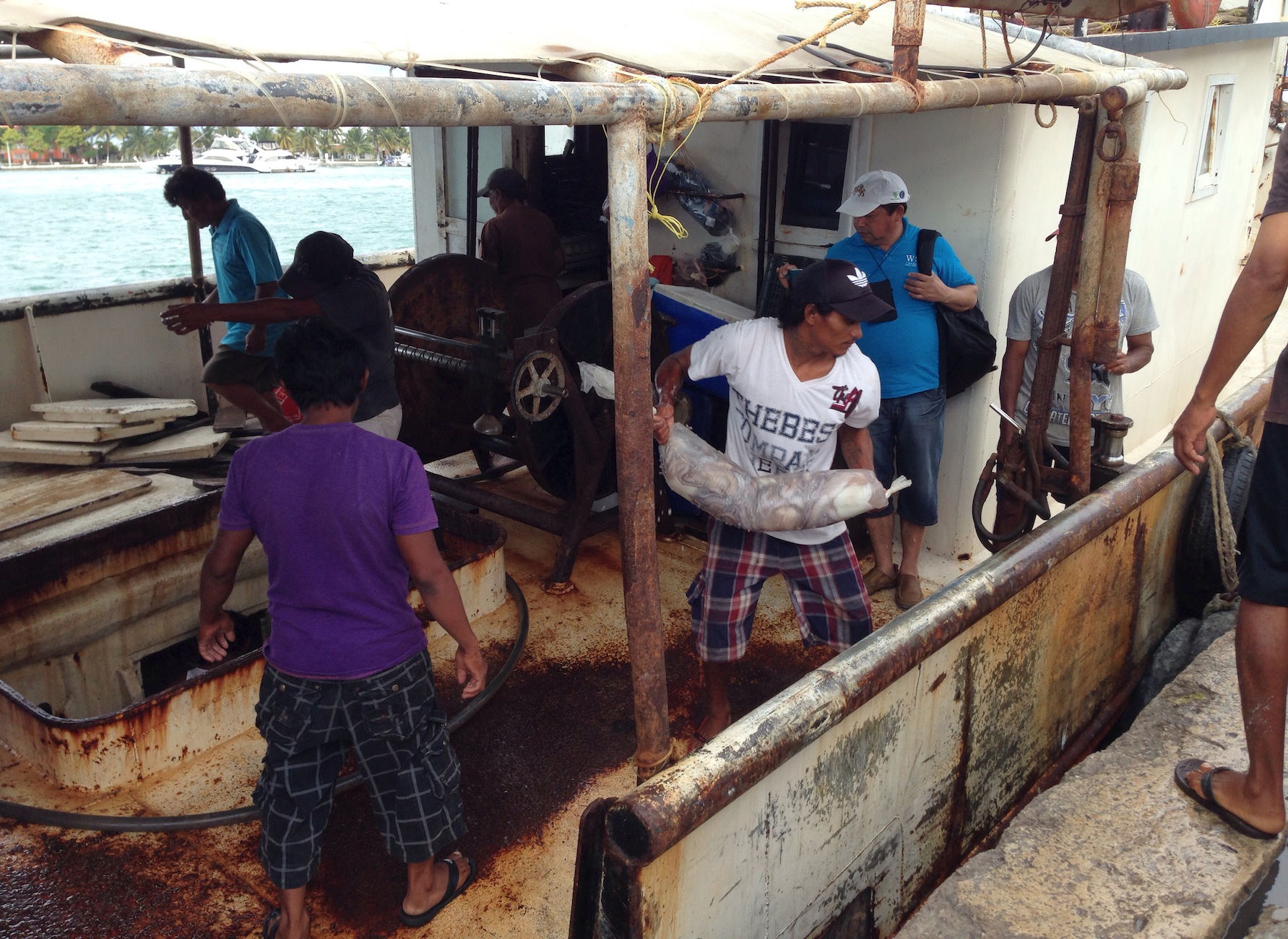 You may be wondering, ‘what is the definition of a small-scale fishery?’ This would seem to be a straightforward question, but after the first few talks at the conference it became apparent that a simple definition is elusive at best. The Fisheries and Aquaculture Department of the Food and Agriculture Organization of the United Nations (FAO) has a webpage devoted to this topic, explaining that the criteria to define a small-scale fishery are essentially relative – a range of methods and boat sizes can be considered “small-scale” relative to the industrial fishing occurring in the region. While experts cannot agree on a definition of small-scale fisheries, or on whether a precise global definition is even necessary, they all seemed to agree that small-scale fisheries are underappreciated in terms of their value to economies and livelihoods. One of our fisheries biologists Shaara Ainsley presented a talk on our pilot project to test participatory fisheries sampling methods with small-scale fishers in Lao PDR. With most of the talks focused on marine fisheries, Shaara’s talk represented one of the few examples of inland fisheries research, and described the benefits and challenges of training fishers to record data on their own fishing catches. Her presentation is available to view below.

Yucatan was an appropriate location to hold this event, with over 20,000 small-scale fishers living in this Mexican state alone, according to one plenary speaker. Halfway through the conference, we left the meeting rooms behind and visited the nearby port of Progresso to meet with local fishers and hold small group discussions on small-scale fisheries issues. A local fisher organization served us fresh octopus ceviche, to highlight a valuable local catch. We conversed dock-side with fishers who were just about to embark on a 20-day trip, and with others who were off-loading their catch of octopus, weary and ready to be home for a few days. These fishers embodied the challenges that small-scale fishers experience globally. It is estimated that over 90% of fishers in the world are operating in small-scale fisheries, and yet they are often marginalized and not given a seat at the table when it comes to domestic and international policies that directly influence their livelihoods. The common theme emerging from every presentation and conversation at the conference was: small-scale fisheries are just too big to ignore.