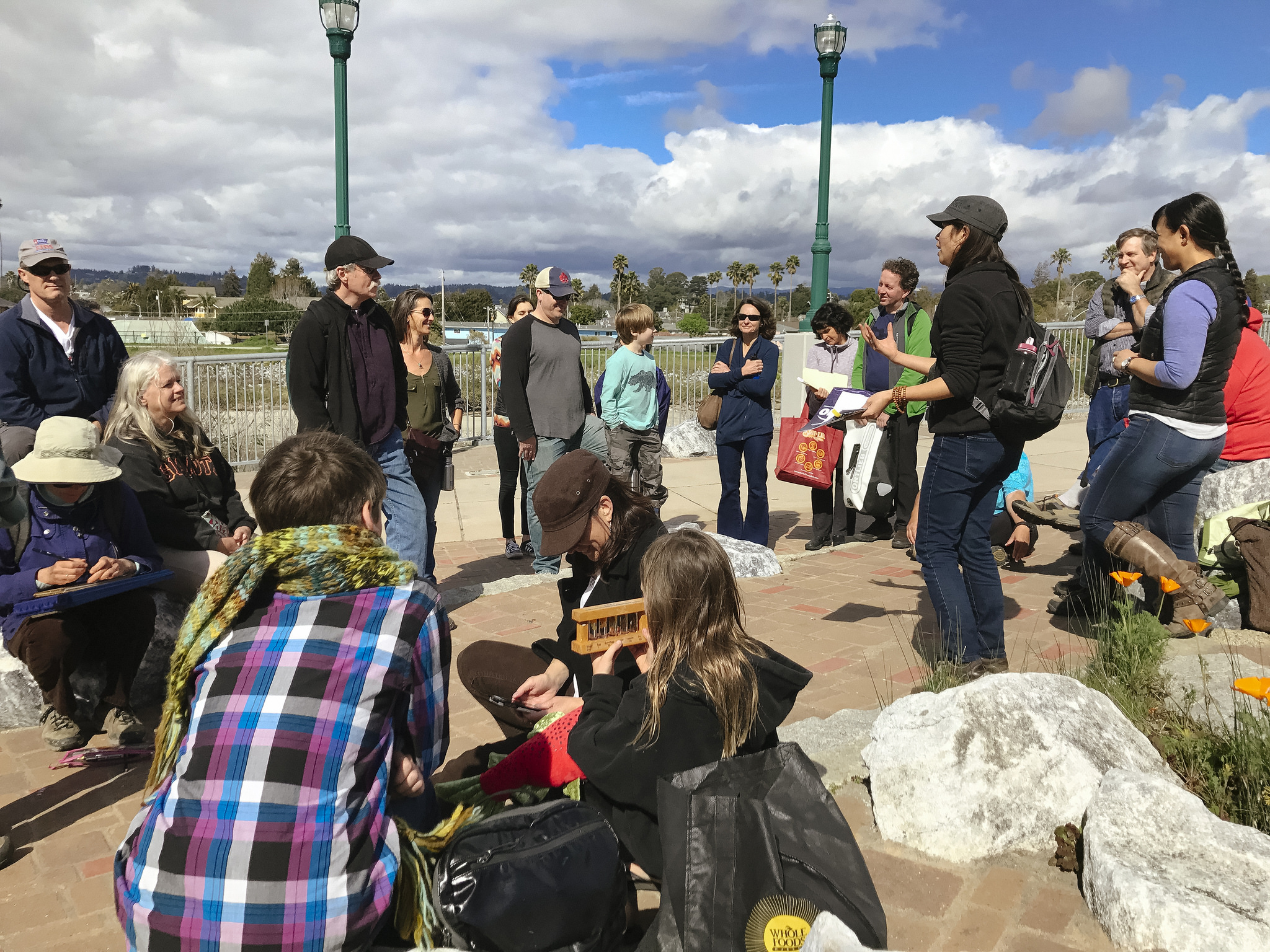 The Coastal Watershed Council recently asked our Santa Cruz office to lead a tour about river flow and the life of an anadromous fish as part of the State of the San Lorenzo River Symposium. While coho salmon were once abundant in the San Lorenzo, they are now all but gone, save for the occasional visitors from the conservation hatchery program in nearby Scott Creek. Our tour focused on steelhead, which can be found in the river in the hundreds, although the San Lorenzo once supported thousands, and restoration goals aim to increase the population to more than 3,000 steelhead. 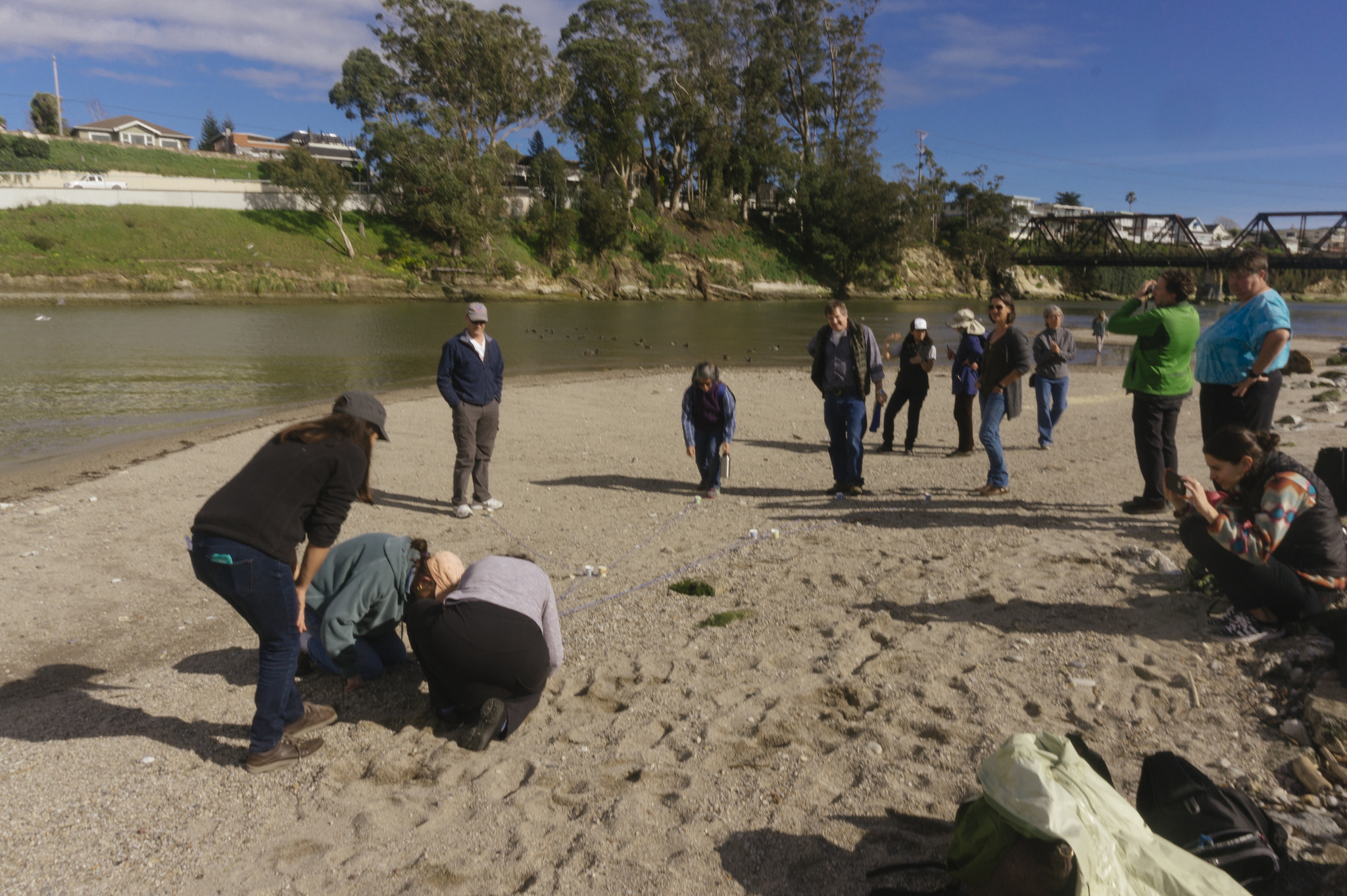 The tour stretched along the San Lorenzo River walkway atop the levees of downtown Santa Cruz, stopping to point out key habitat features and explain the different life stages of anadromous fish. We highlighted that downtown Santa Cruz is built in the river’s floodplain, and the levees were constructed to protect the city after the catastrophic Christmas Flood of 1955. Channelizing the river within levees has had a profound impact on habitat for fish in the river, and the city is progressively championing the planting of more riverside vegetation along the levees. We also talked about the Santa Cruz lagoon, which plays an important role in fish rearing, and how the dynamics of the sandbar at the river’s mouth can present challenges to fish and people – the closing of the sandbar can cause the lagoon to flood beachfront property, but the breaching of the lagoon can sweep fish out to sea. 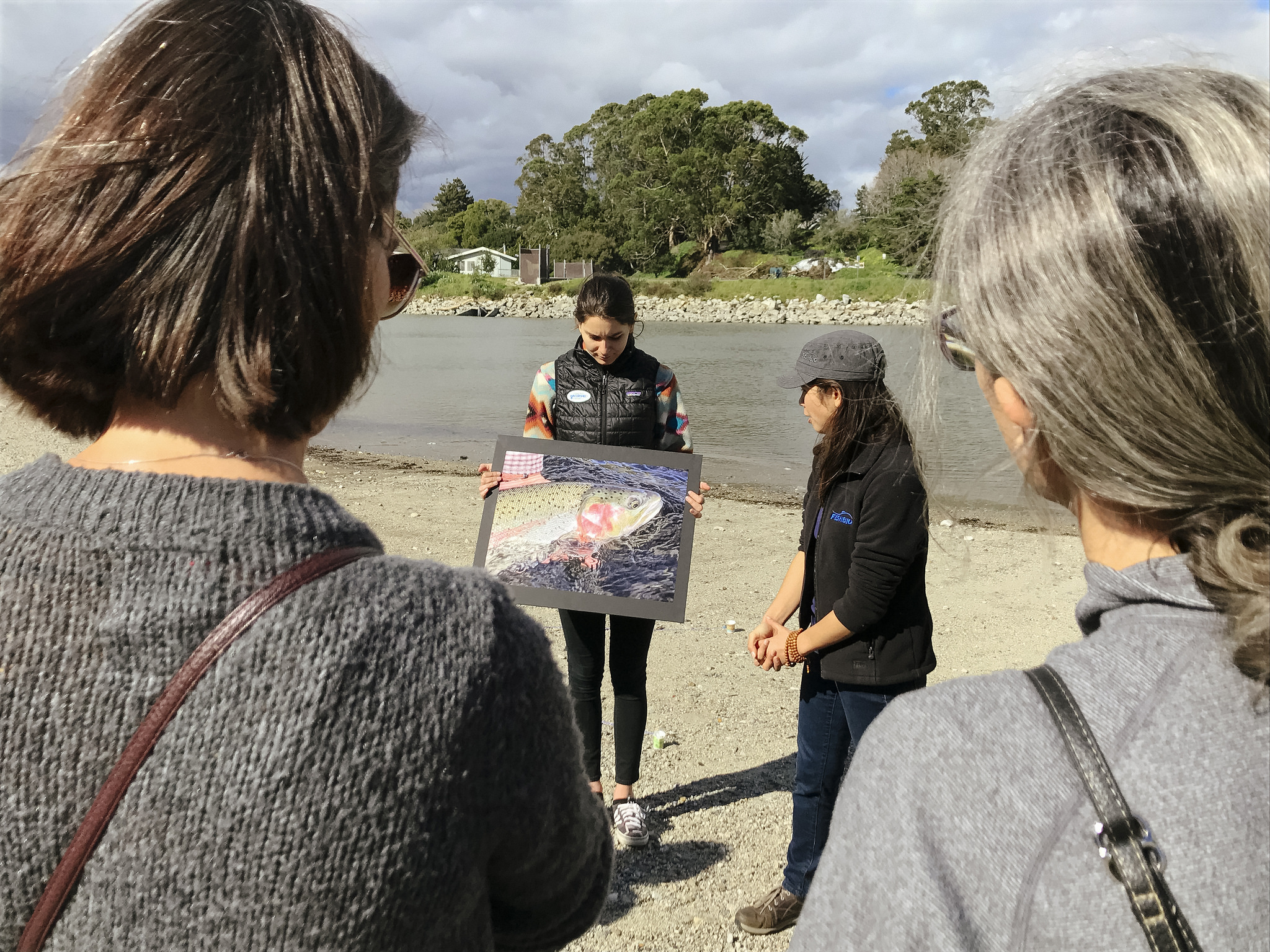 The San Lorenzo River has seen a lot of flow amid recent storms, and we discussed how too much river flow can scour out or bury salmon and trout redds, while too little flow can cause the water to heat up to temperatures that can kill fish eggs. We played a life cycle game of “rock-paper-scissors,” with the winners advancing in fish life stages from eggs to fry, smolts, and adults. When the wind kicked up a few times during the tour, we took the opportunity to illustrate how a young fish might feel trying to hang on in a fast-flowing river. We stopped to look at a log anchored in the river by the City of Santa Cruz, and talked about the benefits of large woody debris for creating refuge habitat for fish. Fittingly, an osprey flew over our heads at that moment, highlighting the importance of cover for fish to hide. 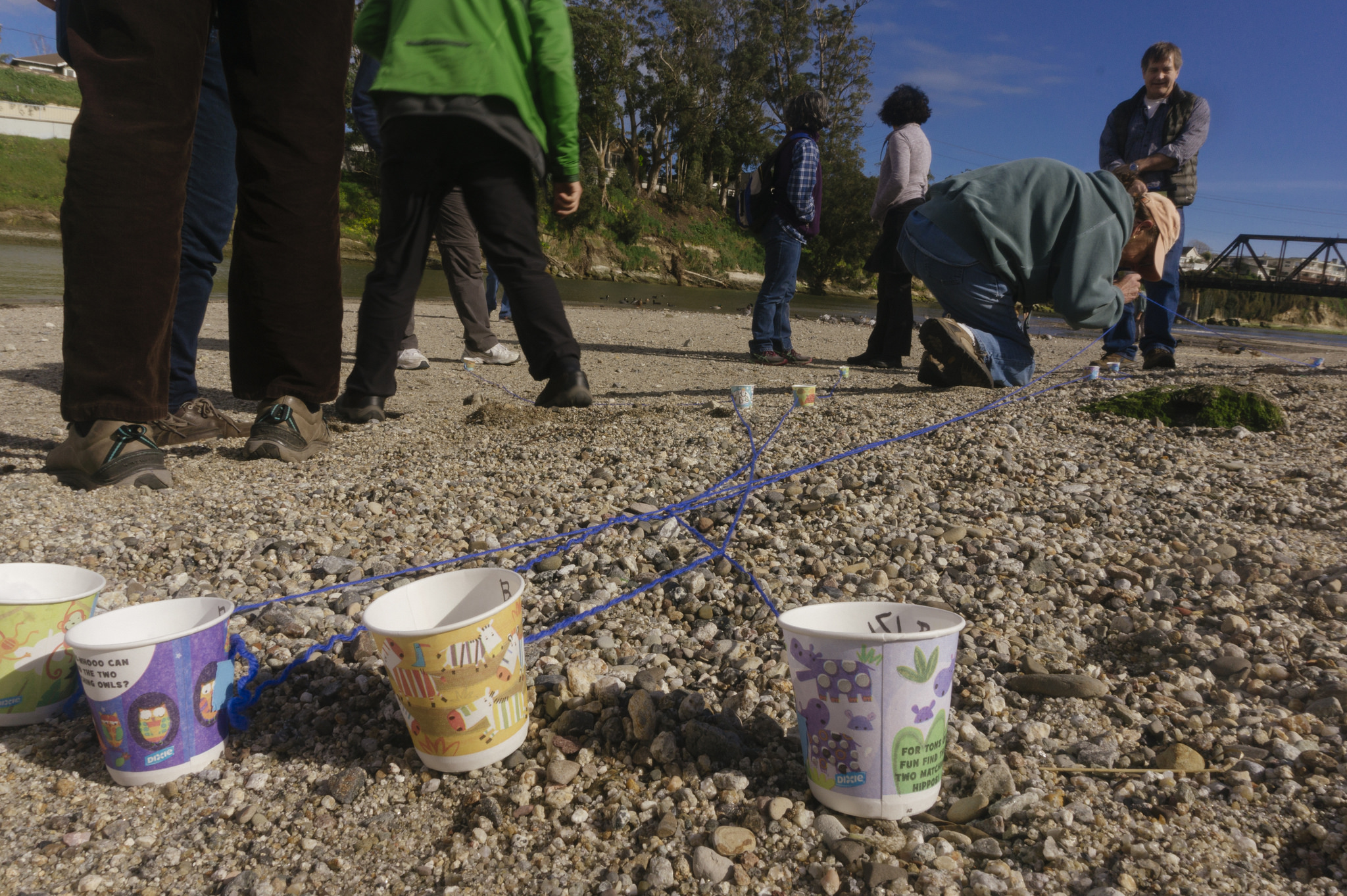 The tour culminated in a scent trail game along the banks of the San Lorenzo River. We arranged a network of yarn “streams,” each associated with a unique smell from scented cotton balls in paper cups. Participants were given a cup of scented cotton balls to “imprint” on like a baby salmon or steelhead would, then had to smell their way home, using memory of their natal river’s scent to navigate the river junctions like anadromous fish do.  The participants were very engaged in our interactive tour, and we enjoyed the chance to build our Santa Cruz outreach with the Coastal Watershed Council. We look forward to more opportunities to come!