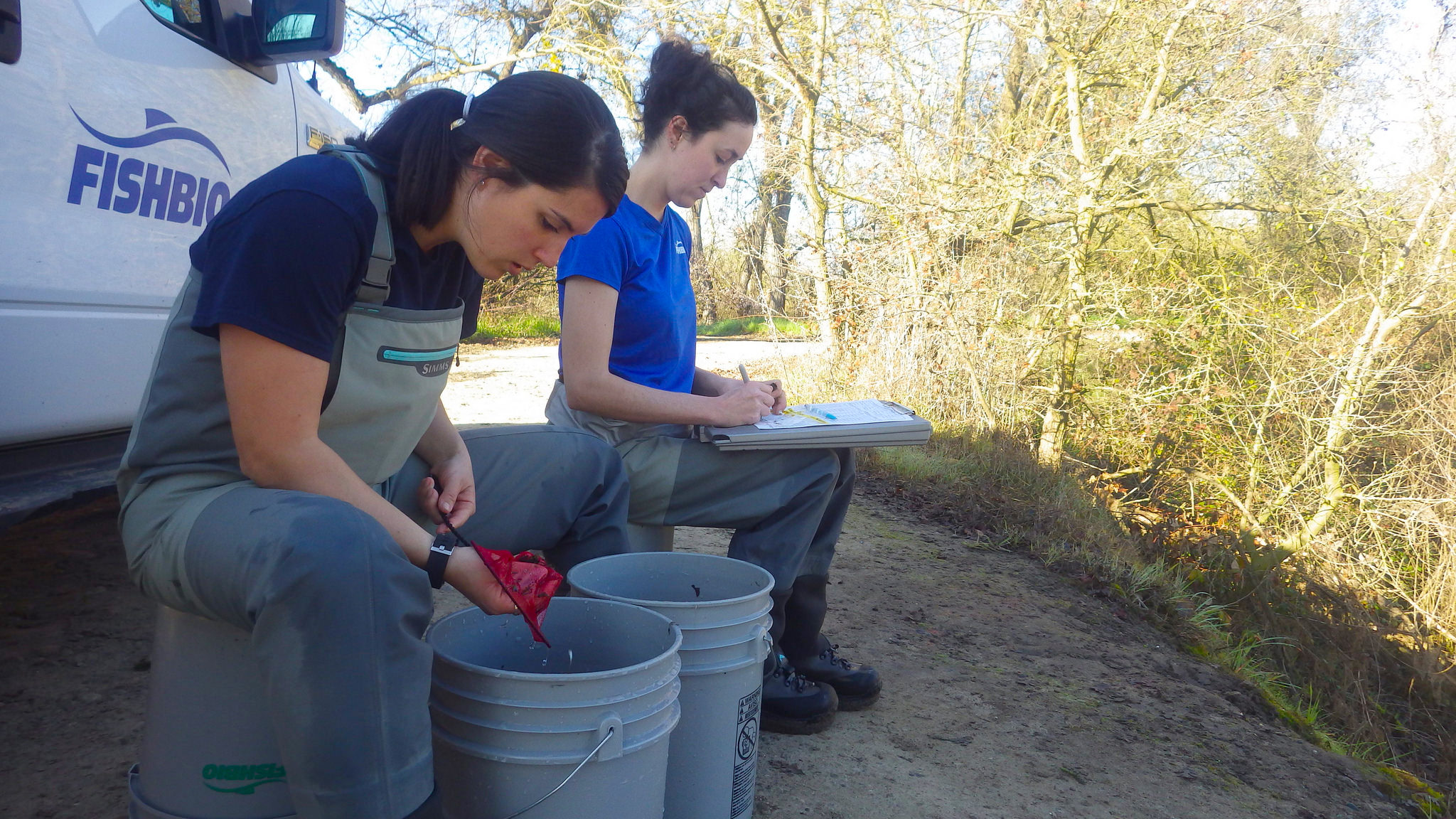 In today’s Flashback Friday, we reflect on the many instrumental roles women have played in the fisheries science industry.

Women have been forging careers in fisheries science since the early 1900s, following in the footsteps of early pioneers such as Rosa Mabel Lee, the first woman employed as fisheries scientist by the British government who studied the growth rings of fish scales, and Frances Clark, a marine researcher with the California Department of Fish and Game who was one of the first female fisheries scientists to receive worldwide acclaim. Many of these women were lone ground-breakers during much of their careers in a field dominated by men, but helped open the door for and often mentored other female scientists. Much has changed in a hundred years, with many more women leading fisheries research expeditions, making notable discoveries, and working at all levels of fisheries science. However, women remain underrepresented in many scientific disciplines, including fisheries, highlighting the need for more focused efforts to ensure the recruitment and retention of women in the field.

A review of academic and government researchers in fisheries science reveals that efforts to improve diversity have stagnated, with only slight improvements made over the last 30 years.  Women still represent less than 30 percent of tenure-track faculty and U.S. government researchers in fisheries (Arismendi and Penaluna 2016). The review describes a “leaky pipeline” that prevents the retention of women in the field: while similar numbers of men and women are completing PhDs in the biological sciences, disparities emerge upon entering tenure-track or federal government positions. More women are becoming associate professors than in previous decades, but their numbers drop by half at the full professor level. A variety of factors may contribute to this lack of women at the highest positions, from the challenges women face in balancing career and family, to underrepresentation on hiring or review committees. The authors suggest that it is not enough to simply celebrate diversity – to overcome systematic biases that lead to underrepresented minorities, we need to recognize and systematically address such biases. Creating a supportive work environment, providing mentorship, and offering opportunities for leadership can all help encourage women and other minorities to enter and remain in the fisheries field. 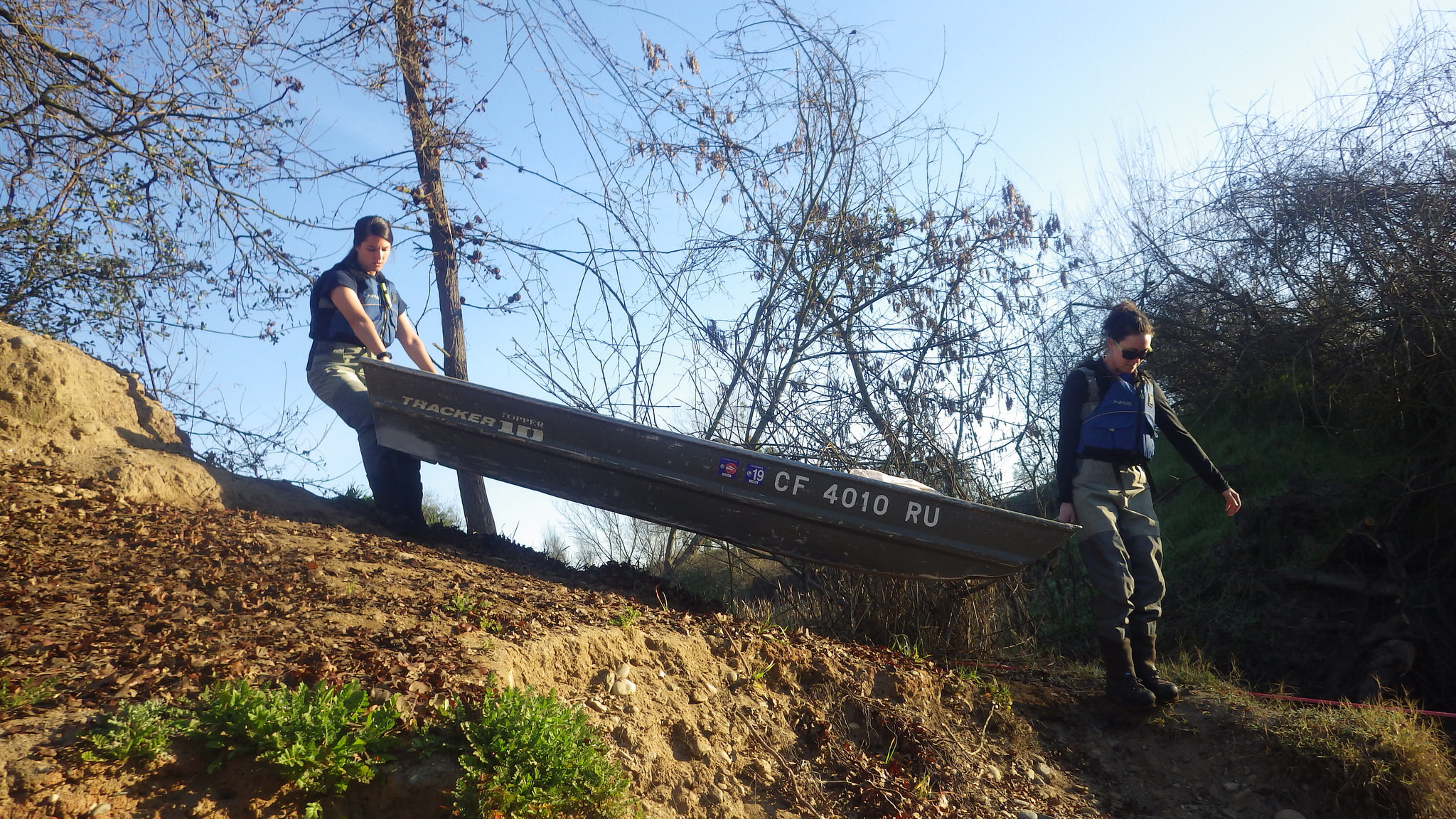 Women play an instrumental role at FISHBIO and work at every level, from technicians and biologists in the field and office, to directors and the co-owner of the company. We are always keen to encourage the next generation of fisheries scientists, including girls. Earlier this year, our staff participated in an event hosted by the Expanding Your Horizons Network at the University of California, Berkeley. This national organization hosts events to encourage middle school girls to explore careers in Science, Technology, Engineering and Math (STEM) fields. Our FISHBIO team showed girls how to insert PIT tags into “fish” (salmon-shaped stress balls), and used a corn-hole game to demonstrate using a mark-and-recapture method to test the efficiency of our rotary screw traps. The girls also tried their hand at reviewing infrared scans to identify different species passing through our Vaki Riverwatcher automated fish counter based on their shapes. As part of the event, we showed this video that highlights the diverse roles that female staff play throughout our organization. Research has shown that a gender-diverse workforce can encourage innovation and creative approaches to problem solving – from our experience, we definitely agree!