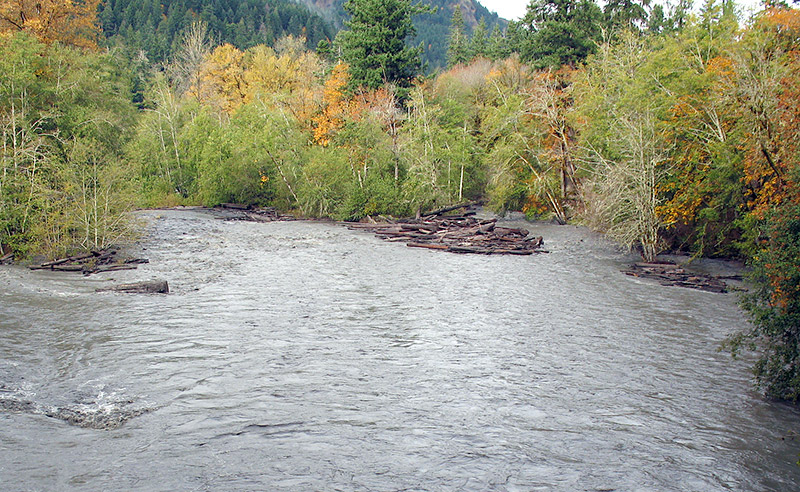 On a recent trip to the Pacific Northwest one of our fisheries biologists visited the Elwha River on Washington’s Olympic Peninsula. The Elwha is the site of one of the most ambitious dam removal projects undertaken in North America to date. Two dams, Glines Canyon (constructed in 1927) and Elwha (constructed in 1913), have been removed in less than a year. The removal project allows for passage of five Pacific salmon species (Chinook, chum, coho, pink, and sockeye) that once inhabited the Elwha. The project, which began in 1992, has been a significant undertaking by the National Park Service, United States Geological Survey, National Oceanic & Atmospheric Administration, Washington Department of Fish and Wildlife, and the Lower Elwha Tribe.

After nearly 100 years of sediment buildup and large woody debris accumulation in the upstream ends of each reservoir, the Elwha is finally moving those materials out. In the process, the river is depositing new logjams and point bars that will increase the habitat diversity in the river channel. The project also opened up almost 70 miles of nearly pristine riverine habitat in Olympic National Park for salmon and steelhead.