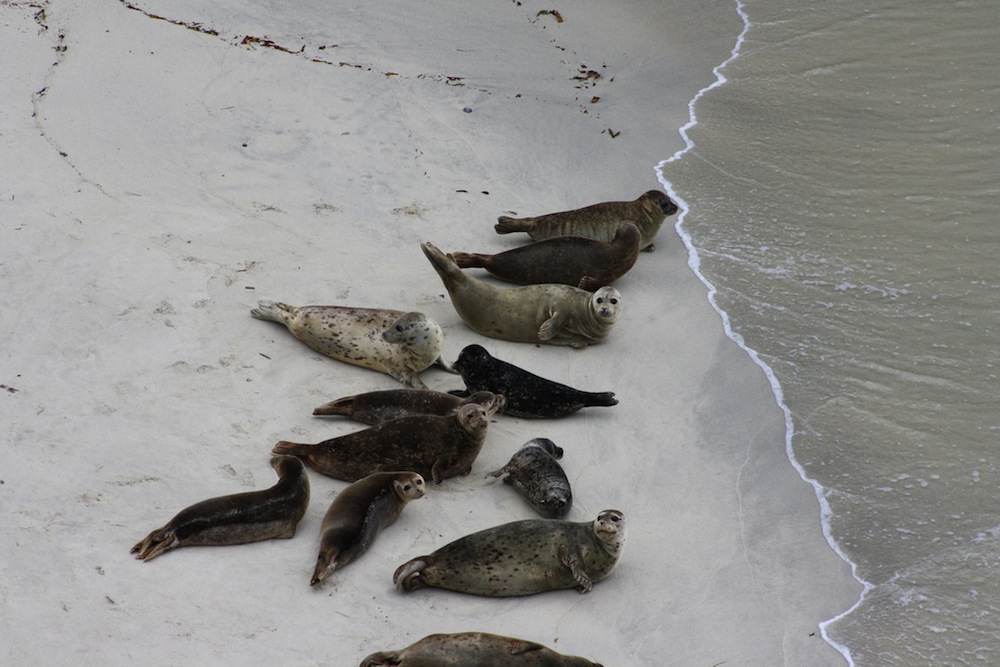 The Point Lobos State Natural Reserve along California’s central coast may have a rather threatening, “wolfish” name, but the area has become a prime safe haven for Pacific harbor seals (Phoca vitulina). The name Point Lobos is derived from the outcropping found at Punta de los Lobos Marinos, or the Point of the Sea Wolves. It is often referred to as “the greatest meeting of land and sea in the world,” and has long been considered the crown jewel of the California parks system. For the harbor seals and other marine mammals that call this area home, the site has the additional benefit of also being considered a marine protected area (MPA). Similar to the Fish Conservation Zones (FCZs) that we have been establishing in Laos, MPAs are created to protect and conserve the ecology and biodiversity of a delineated area.

On a summer day in June, one of our technicians was able to observe a small group of harbor seals lounging on the beach, taking in the ocean breeze. Several of the beaches had been closed to the public, as June is one of the final months of the pupping period, and care was taken not to disturb their slumber while viewing from above. This sunning behavior miscasts the seals as a quite the lethargic bunch, but this is due to their primarily nocturnal activity. After recuperating throughout the day, harbor seals hunt for small fish, crabs, squid, and octopus in waters close to shore. While deft hunters in an aquatic environment, harbor seals are awkward on land (unlike other pinnipeds), and can be seen flopping along on their bellies while moving about their rookeries (or breeding areas). 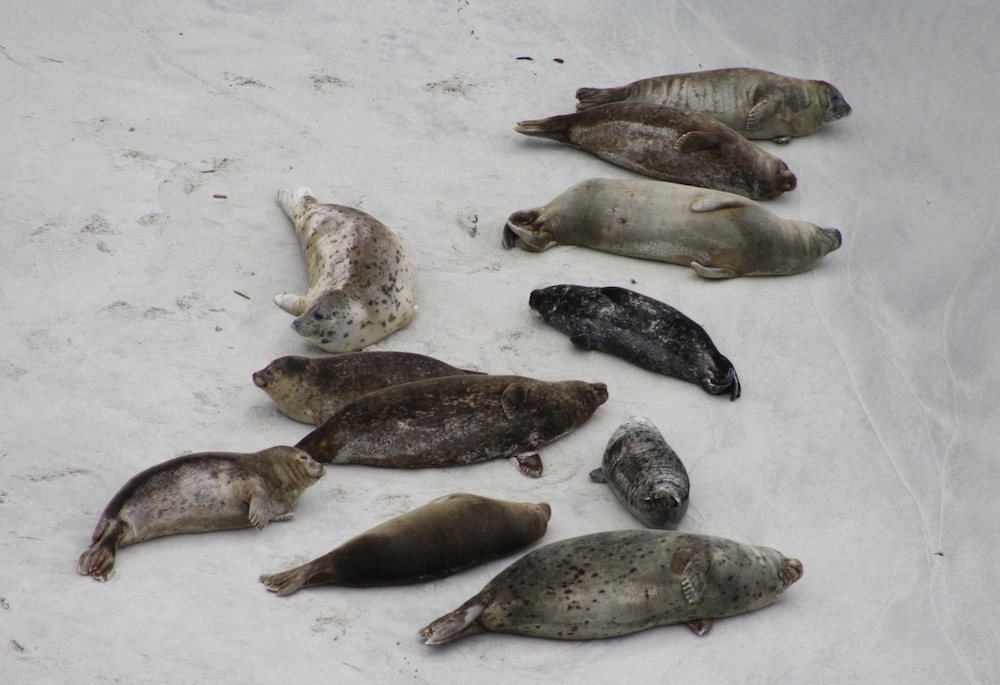 “Pinniped” is the collective term for seals, and is derived from the Latin words meaning fin or flipper-footed. They are split into three families: walruses (Obobenids), eared seals (Otariids) and true seals (Phocids), to which harbor seals belong. True seals, also referred to as “earless seals,” have ear holes but not the protective flaps characteristic of “eared” seals. Harbor seals can also be easily distinguished by their speckled coats, which range from a whitish, silver-gray to a rich dark brown. This coloration, along with their bespeckled frock, provides an excellent camouflage for both land and sea.

A prime example of charismatic megafauna, harbor seals and their pups may appear cute, cuddly, and approachable as they bask along our beaches. However, great care must be taken to not disturb the mothers and their pups, as they are quite skittish about human interactions, which can lead to seals abandoning their beach and even their pups. If you should find yourself near these alluring animals, be careful to observe them quietly from a distance to offer them a safe harbor.