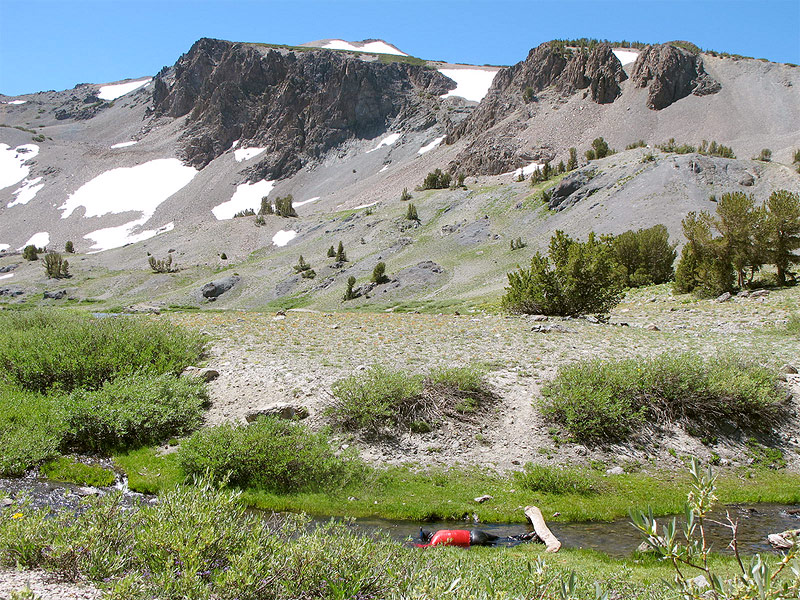 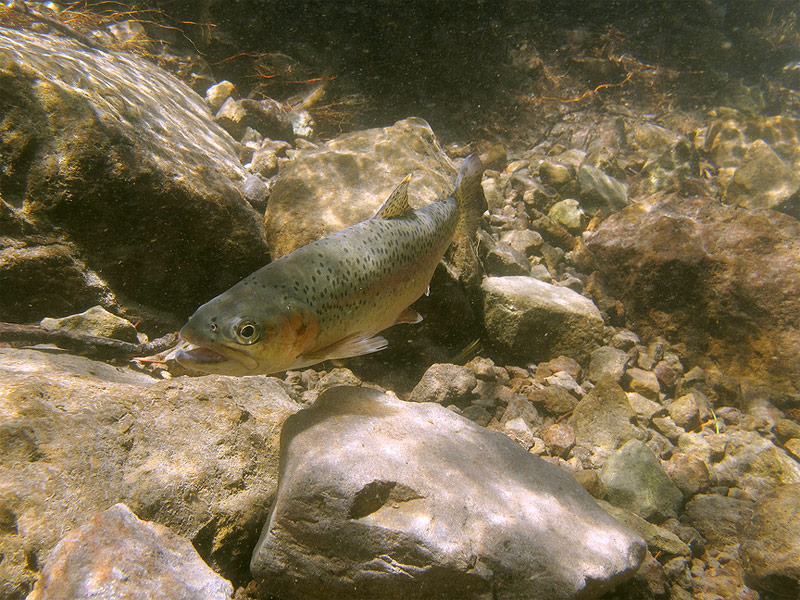 Can there possibly be a superior work environment than high in the Sierra Nevada Mountains? We think not. FISHBIO biologists recently enjoyed this magnificent scenery while conducting snorkel counts of trout in Leavitt Creek, a tributary of the Walker River, on the eastern slope of the Sierra Nevada mountain range. Unfortunately, high elevation, alpine environments may be the extent of future trout habitat. If climate change predictions are correct, there will be considerably less trout in the future due to diminished habitat availability. Air temperature in the Northern Hemisphere has increase by an average 0.24°C per decade from 1976-2000, warming the lower reaches of streams and shifting suitable habitat to cooler altitudes (Hari et al. 2006). Researchers have recently applied a hydrologic model to forecast the effects of altered flow and increased temperatures on trout species in the western United States. By evaluating temperature, flow regime, and biotic interactions they predict that by the year 2080 there will be a mean decline of 47% in total suitable habitat for all trout (Wenger et al. 2011). While these numbers are troubling, we don’t mind getting out to collect the empirical data over the next 70 years to see if these predictions stand the test of time.