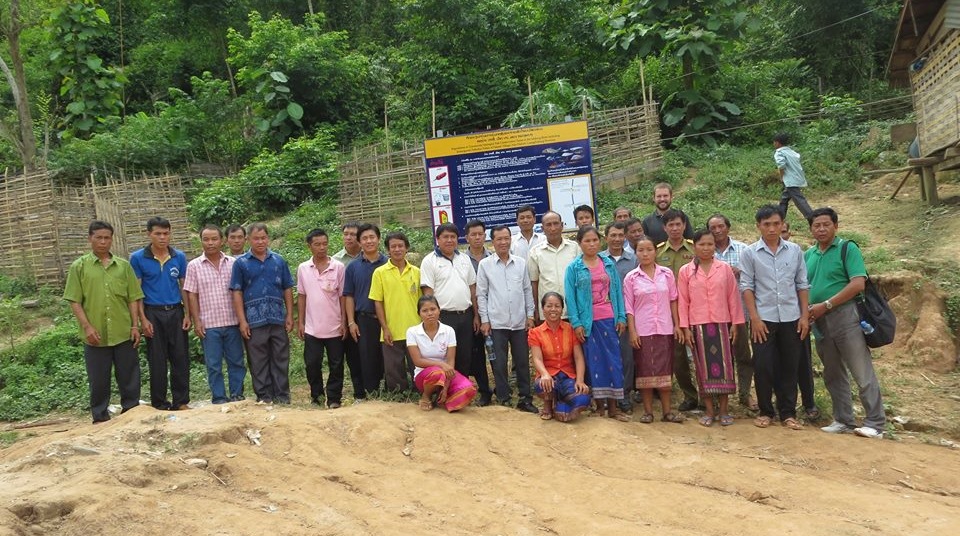 Endangered fishes of the genus Probarbus and many other aquatic animals are now protected in several deep pools and spawning habitats of the Mekong River. As part of FISHBIO’s project funded by the Critical Ecosystems Partnership Fund, we organized a ground-breaking ceremony to install signs at three new Fish Conservation Zones (FCZs) in Luangprabang Province of northern Lao PDR. The workshop was held in Pakpee, a village of the Kamou ethnic group in Nan District. A number of people gathered to mark this special day, including the Nan District Governor and representatives from other relevant sectors at the district level, such as agriculture and forestry, natural resources and environment, information and culture, soldiers, and police, as well as residents from neighboring villages on both sides of the river in Luangprabang and Xaiyabouri provinces. 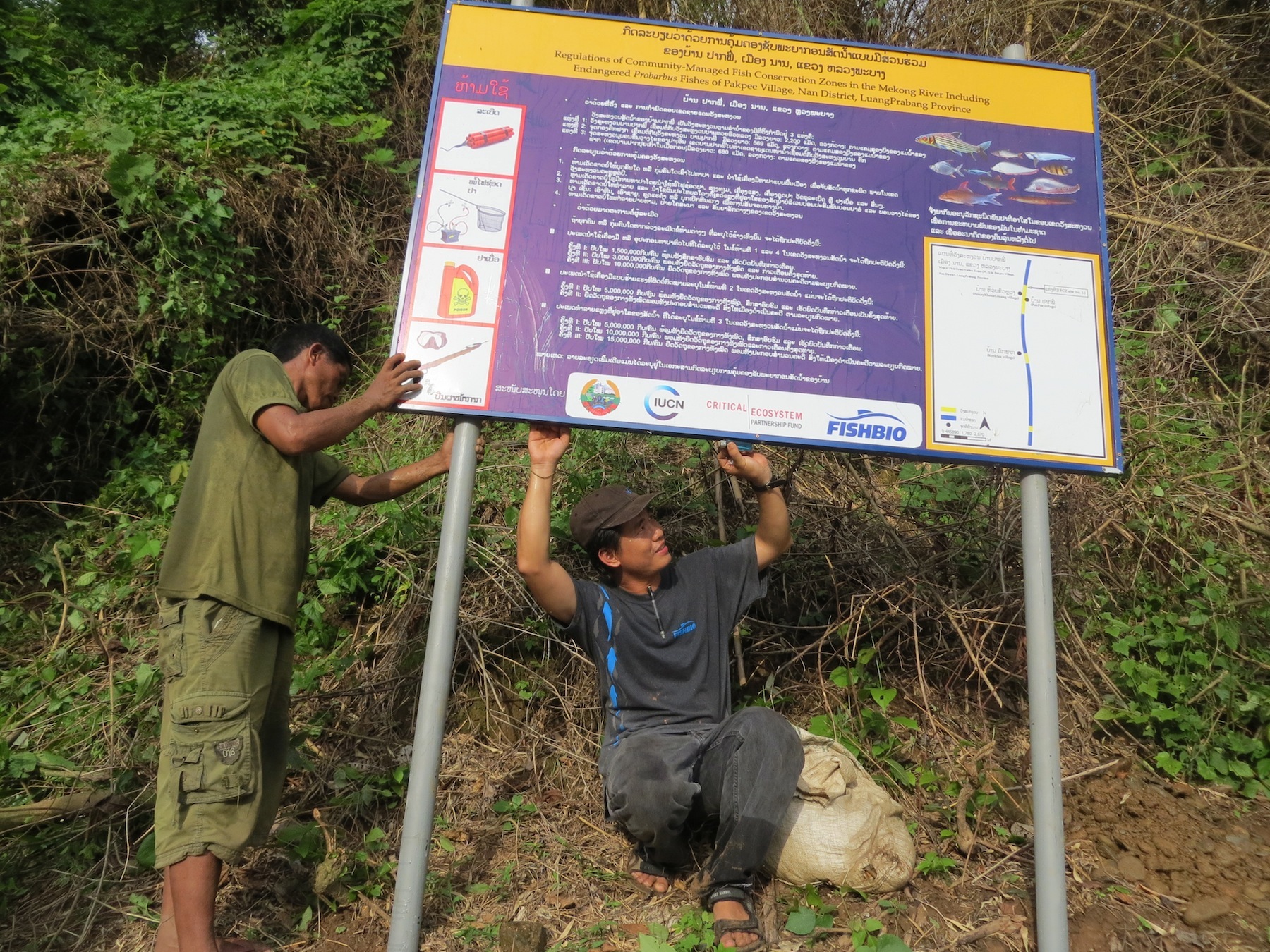 During the workshop, the Nan District Governor officially put into effect the regulations of three FCZs belonging to the village. Then, FCZ signs were unveiled at each site to help people clearly understand the regulations for protecting fishes inside the FCZ boundaries, and how avoiding the use of harmful fishing gear can benefit future generations. Now that the signs are in place, more work is needed to educate villagers to understand the regulations, and to take active ownership of managing and protecting their local fisheries resources. After a year of conducting biodiversity surveys, village workshops, and government meetings, it is gratifying to see these FCZs officially launched. We are looking forward to following up with the community and training villagers to enforce the regulations of their new conservation zones.