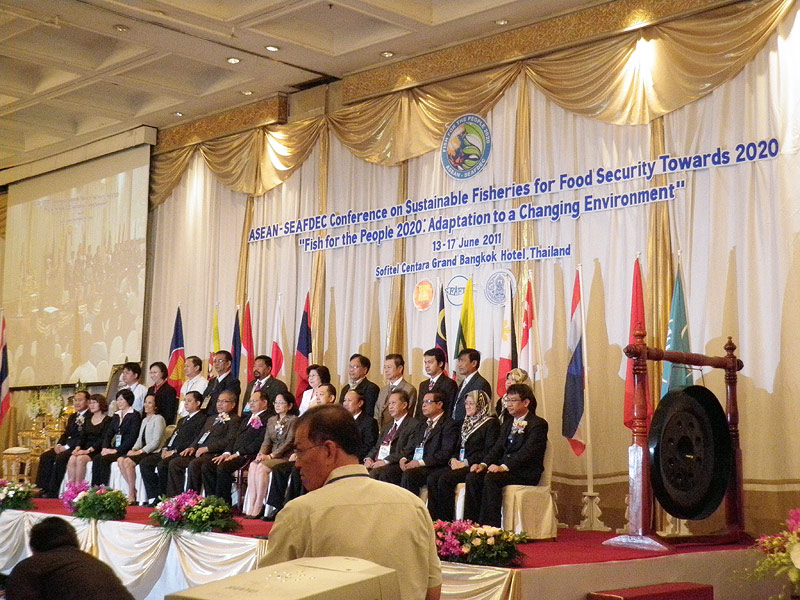 FISHBIO has become increasingly involved in the role of fish for human food security, especially in regions like Southeast Asia where a large proportion of the population is dependent on subsistence fishing. Fortunately, the governments of the region are concerned about this issue as well, and so the Association of Southeast Asian Nations (ASEAN) and the Southeast Asian Fisheries Development Center (SEAFDEC) recently co-organized the conference on “Sustainable Fisheries for Food Security Towards 2020” in Bangkok, Thailand. FISHBIO was there to learn more about the needs of government fisheries agencies for technical support, and to offer some suggestions for the Action Plan being developed out of the meeting. One of our key recommendations included in the plan was related to increased coordination amongst fisheries agencies whose jurisdiction lies within trans-boundary river basins, such as those working in the Mekong Basin. Coordination between government agencies is essential for a system like the Mekong, where some fish species migrate great distances and cross the borders of several countries.