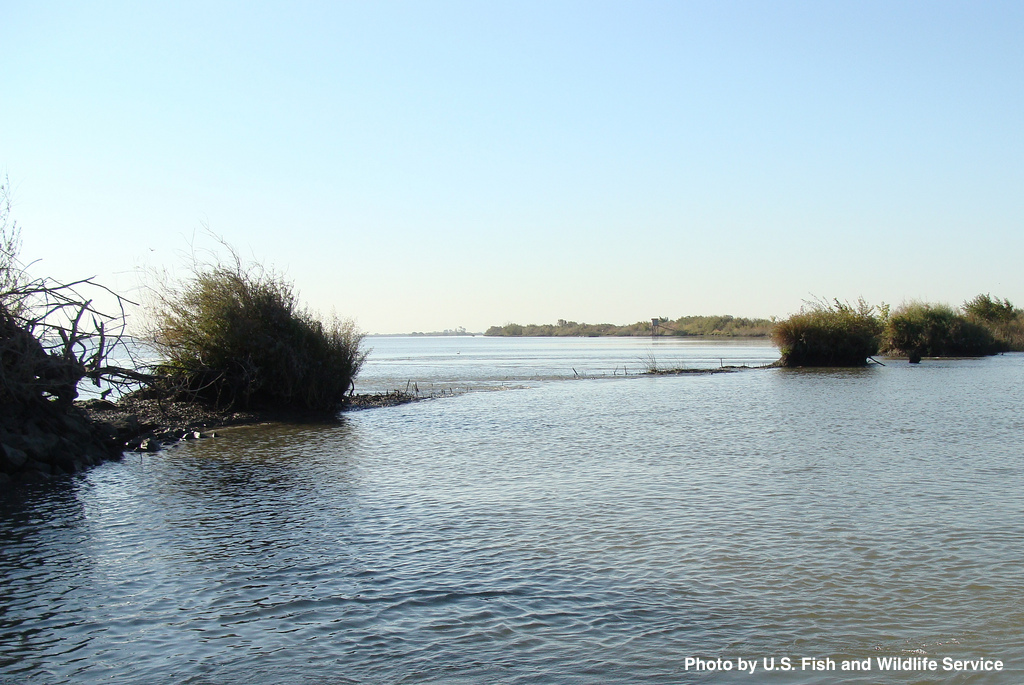 To celebrate the upcoming Fourth of July, today’s Flashback Friday is a look at the restoration of Liberty Island.

Habitat restoration is a big undertaking in California’s highly modified Sacramento-San Joaquin Delta, with many projects taking years, if not decades, to plan and implement before seeing the work come to fruition. However, nature is also capable of creating its own opportunities for habitat improvement. Liberty Island, a 5,303-acre parcel located at the southern end of the Yolo Bypass in the northern Delta, is one example of these unexpected occurrences. Like many of the other small islands in the Delta, Liberty Island was productive farmland during California’s early agricultural boom. But once a storm breached the island’s levees and flooded it in 1997, a sort of accidental restoration has been creating encouraging outcomes for the native species living there.

Robert Malcom, the original landowner of Liberty Island, arrived in eastern Solano County in 1917 and determined that this vast tract of land would make a prime farming location. Originally covered by an expanse of tidal marshes, the island was converted to agricultural uses when the levees surrounding the area were completed in the early 1920s. Between 1918 and 1973, the property flooded 27 times, but continued operations until 1997, when increased storm flows flooded the island for good. The area was sold to the Trust for Public Land (TPL) in 1999 and natural processes acting to return the farmed land to a more wild state, also called passive restoration, have been occurring ever since.

The newly created lake has a bed similar to the floor of a swimming pool: the northern portion features shallow depths suitable for wading, and slopes to deeper depths at its southern end. In 2003, research teams began sampling the open water habitat and encountered fishes whose populations have been declining, including longfin smelt, Delta smelt, and striped bass. Encounters with sensitive species led the U.S. Fish and Wildlife Service to classify Liberty Island and its surrounding waters as critical habitat for Delta smelt as well as Central Valley Fall-run Chinook salmon. In January 2011, the TPL transferred 4,308-acres of the southern reaches of the island to the California Department of Fish and Wildlife (CDFW) to be used for ongoing restoration projects and to provide permanent protection for the resident wildlife. The remaining 995 acres in the northern region of the island are currently co-owned by Wildlands, Inc. and the TPL, and is operated as a conservation bank, which is an off-site mitigation area used to offset adverse impacts to protected species that may have happened elsewhere.

The question still remains as to why fish (particularly Delta smelt) are attracted to this area. Several characteristics of Liberty Island could help explain why species of concern have shown preference for this environment: it is about as far away as possible from the pull of water export pumps, it lies near the bottom of the Yolo Bypass and is periodically inundated with turbid water, it is one of the windier locations in the Delta and so experiences greater upwelling, and it is a dead-end in the channel system of the Delta where tides quickly rise and recede through the same location. The Yolo Bypass is thought to be a food-rich area, and the Delta Smelt Resiliency Strategy intends to augment flows through the Yolo Bypass to help promote food production and export into the surrounding areas. Lehman et al. (2010) found that Liberty Island can also help provide some of inorganic and organic materials that form the base of the food-web in the San Francisco Estuary and Delta. The Delta as a whole has been significantly modified, with land conversions resulting in the loss of more than 95% of marsh habitat (Whipple et al. 2012). With the estimated costs of restoration and land acquisition equating to roughly $20,000 per acre, with an additional $35-100 per acre in annual maintenance costs, the Delta could benefit from more happy accidents like Liberty Island, and the natural restoration they provide.