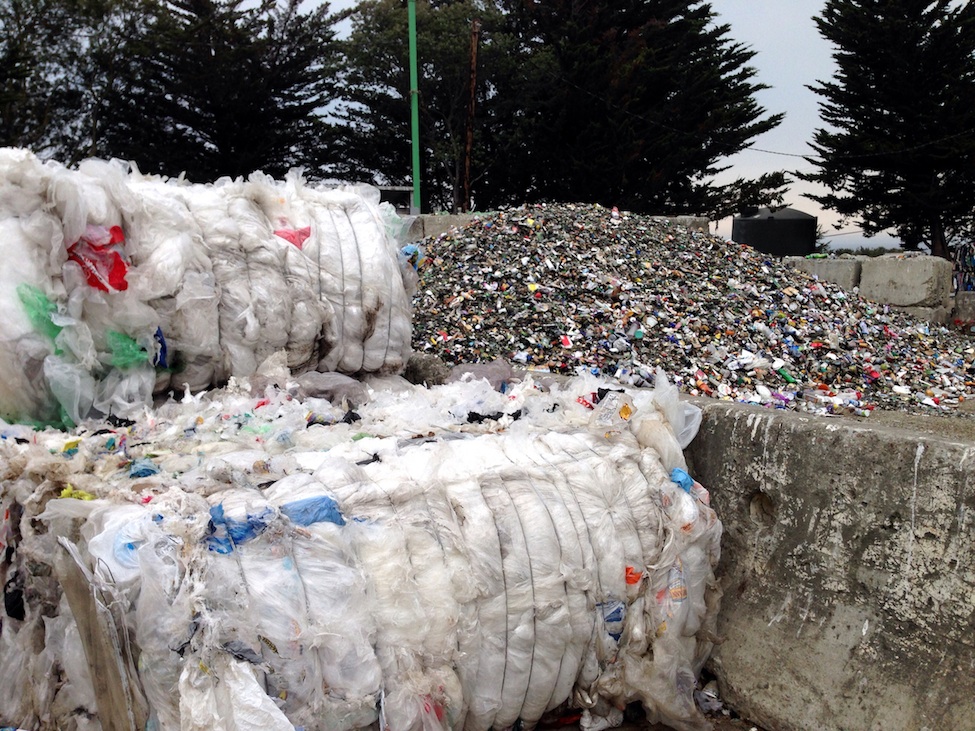 When it comes to pollution in our waterways and oceans, plastic might be one of the most pressing  problems. In today’s Flashback Friday, we break down the issue of plastics breaking down – and entering our food chain.

By the year 2050, the amount of plastic in the world’s oceans may outweigh all of the fish combined. This astonishing and disturbing projection was recently published in a report from the World Economic Forum and the Ellen MacArthur Foundation. Currently, an estimated 165 million tons of plastic clutters the ocean, which is about one-fifth the weight of all the fish in sea. However, the report details an incredible 20-fold increase in the use of plastic over the last 50 years, and predicts plastic use will triple again by the year 2050. Nearly 300 million tons of plastic are produced globally each year – more than the combined body weight of the entire adult population on the planet. Sadly, almost a third of the plastic produced each year is not disposed of, and much of it eventually makes its way to the sea. This amounts to between 4.8 and 12.7 million tons of plastic that ends up in the world’s oceans each year – the equivalent of one garbage truck full of plastic being dumped into the ocean every minute. By 2050, an astounding four garbage truck’s full of plastic will enter the ocean every minute.

The Great Pacific Garbage Patch, a Texas-sized “toxic soup” of plastic trash floating in the North Pacific Ocean Gyre, has hogged most of the spotlight on ocean plastics since its discovery in 1999. However, scientists have found that such collections of plastic floating in ocean gyres across the globe only accounts for one percent of the plastic entering the ocean. Where is the missing 99 percent? In short, it is everywhere. Scientists have found plastic in arctic sea ice, deep sea sediments and even formed into rocks that have washed up on beaches. Recent studies have found the concentrations of plastic in Arctic ice to be more than three orders of magnitude higher than in the North Pacific Gyre, and plastic concentrations in samples of deepsea sediment from the Atlantic and Indian Oceans are four orders of magnitude higher than that in the Gyre.

Plastic is also ingested by more than 700 species of marine wildlife including fish, birds, and marine mammals. Some species, such as the Laysan Albatross, are particularly affected: a recent study found that 5 tons of plastic are fed to seabird chicks on Midway Atoll every year, and 97.5 percent of albatross chicks on the atoll had plastic in their stomachs. Another study found that nearly 10 percent of fish sampled in the North Pacific Ocean had plastic in their stomachs and that fish in the intermediate ocean depths of this region consumed 12,000 – 24,000 tons of plastic per year. Once present in the food web, plastic particles can end up in market species such as tuna, and eventually in humans. One scientist estimated that people who consume average amounts of seafood ingest 11,000 plastic particles a year.

As plastic weathers and degrades into tiny pieces in the ocean, it still retains some of its molecular structure, and can persist for hundreds to thousands of years. Furthermore, plastic floating in the ocean is known to contain harmful chemical pollutants, and also adsorbs environmental chemicals such as PCBs, PBDEs, PBTs, BPA, DDT, and mercury. These pollutants have been linked with decreased fish populations, and reduced species evenness and richness, as well as endocrine disruption and adverse health effects in humans. Despite these alarming facts, 50 percent of our plastics are used just once, then thrown away. The average American throws away approximately 185 pounds of plastic per year, and the country collectively tosses 35 billion plastic water bottles each year. Worldwide, over 500 billion plastic bags are used every year, more than a million bags per minute. Plastic has a ubiquitous presence in our everyday lives, but our pre-packaged and “convenient” lifestyle comes at a cost for the environment in what some are calling “the plastic age.”