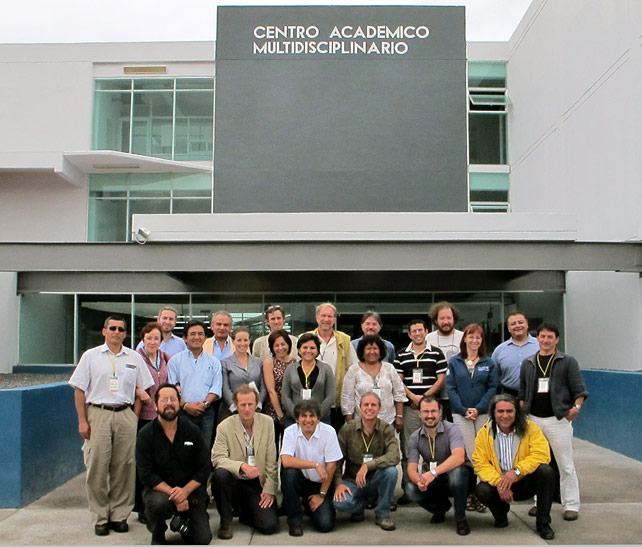 The World Conservation Union (IUCN) is one of the oldest international conservation organizations in the world. They produce the Red List of Threatened Species, which is a highly recognized resource for information on the global conservation status of species. The Species Survival Commission of the IUCN is composed of experts from a range of disciplines, and they are responsible for coordinating the Red List. A group of freshwater specialists recently convened at the Universidad Autónoma de Queretaro in Mexico to plan for a Freshwater Conservation Subcommittee of the Species Survival Commission. FISHBIO was there to support this effort, with the main goals of reducing the extinction rate of freshwater species and encouraging involvement by sectors that rely on freshwater ecosystems. We hope to get a wide range of industry and policymakers involved. We also hope to increase public awareness about the wealth that freshwater systems bring to our lives, through clean water for drinking, cooking, and bathing; to recreation and transportation; to a source of food for billions. Conservation International presented a new book on freshwater at the meeting. Full of gorgeous photos, the book “Fresh Water: The Essence of Life” tells the story of our own interdependence with freshwater systems and communicates how human degradation has led to the precarious state of many freshwater ecosystems. A short video can be seen here.