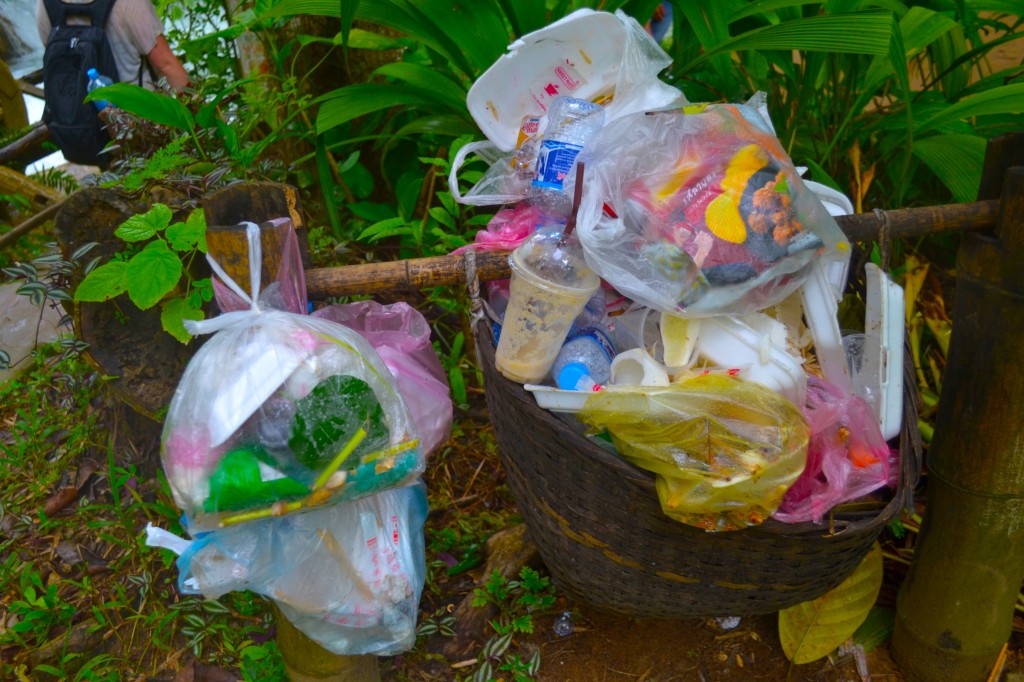 What keeps your coffee warm during winter, your beer cool during summer, is something affordable and convenient, and just might accompany you home after a night out? If you guessed Styrofoam, you are correct. Styrofoam (or polystyrene) was designed to serve as a low-cost insulation and packing material, the most common form being the classic take-away container. In Western culture, Styrofoam is a regular component of everyday life and is starting to spread around the world, impacting developing countries like some of our other disposable habits (see Lao coffee to go). If you eat at any restaurant in Southeast Asia, are unable to finish your meal, and feel inclined to take the leftovers, you are likely to be presented with a Styrofoam container. So you use the container and throw it away, what’s the big deal?

The trouble is, Styrofoam is resistant to photolysis, the process of decomposition by a light source, which makes it a non-biodegradable material. Since Styrofoam doesn’t decompose, it takes up an enormous amount of space in landfills or, in countries where no garbage disposal infrastructure exists, peppers virtually every visible surface where it remains indefinitely. Similar to its troubling cousin, the plastic bag, this problematic material builds up along riverbanks, coastlines, and roadsides, not only making the area aesthetically displeasing, but also posing a health risk to wildlife that decide to give it a taste. Once ingested, Styrofoam can block an animal’s digestive tract, resulting in untimely death by starvation. That is pretty heavy damage to perpetuate just for the sake of convenience. We’ve already spotted this seemingly innocuous material in the jungles of Lao PDR — how long before it makes it to the highest Himalayan peaks?