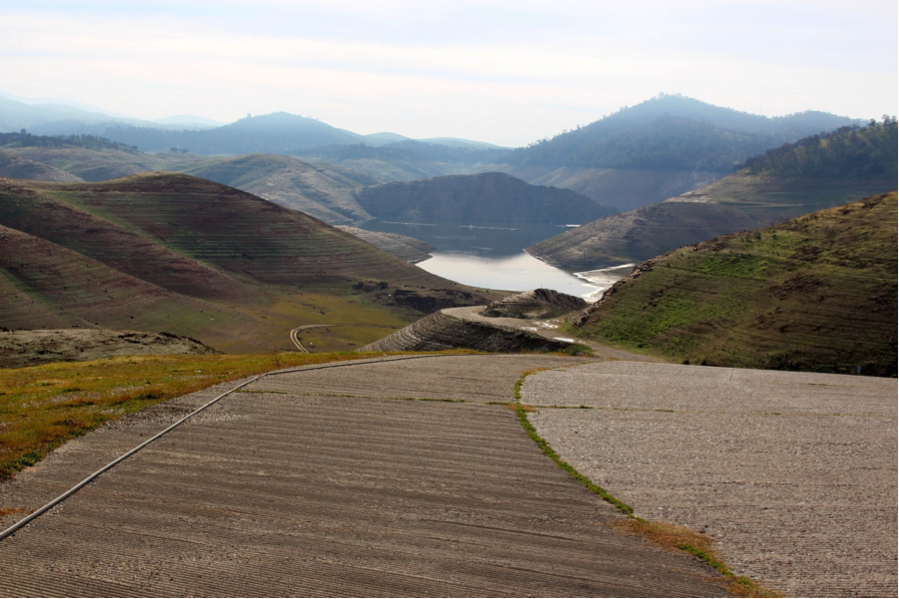 A few weeks ago, we heard that Lake McClure, the largest and principal source of water for the lower Merced River, was lower than it has ever been since New Exchequer dam was constructed and the lake was first filled in 1967. This sounded like quite the photo opportunity, so we had to get out and see the notable event firsthand. Just by luck, the day we visited (February 3rd) was the day the reservoir reached its lowest point, a mere 63,489 acre feet , or about six percent of the lake’s capacity of just over one million acre feet. To help put that into perspective, the average monthly storage for the reservoir in February is 533,755 acre feet. 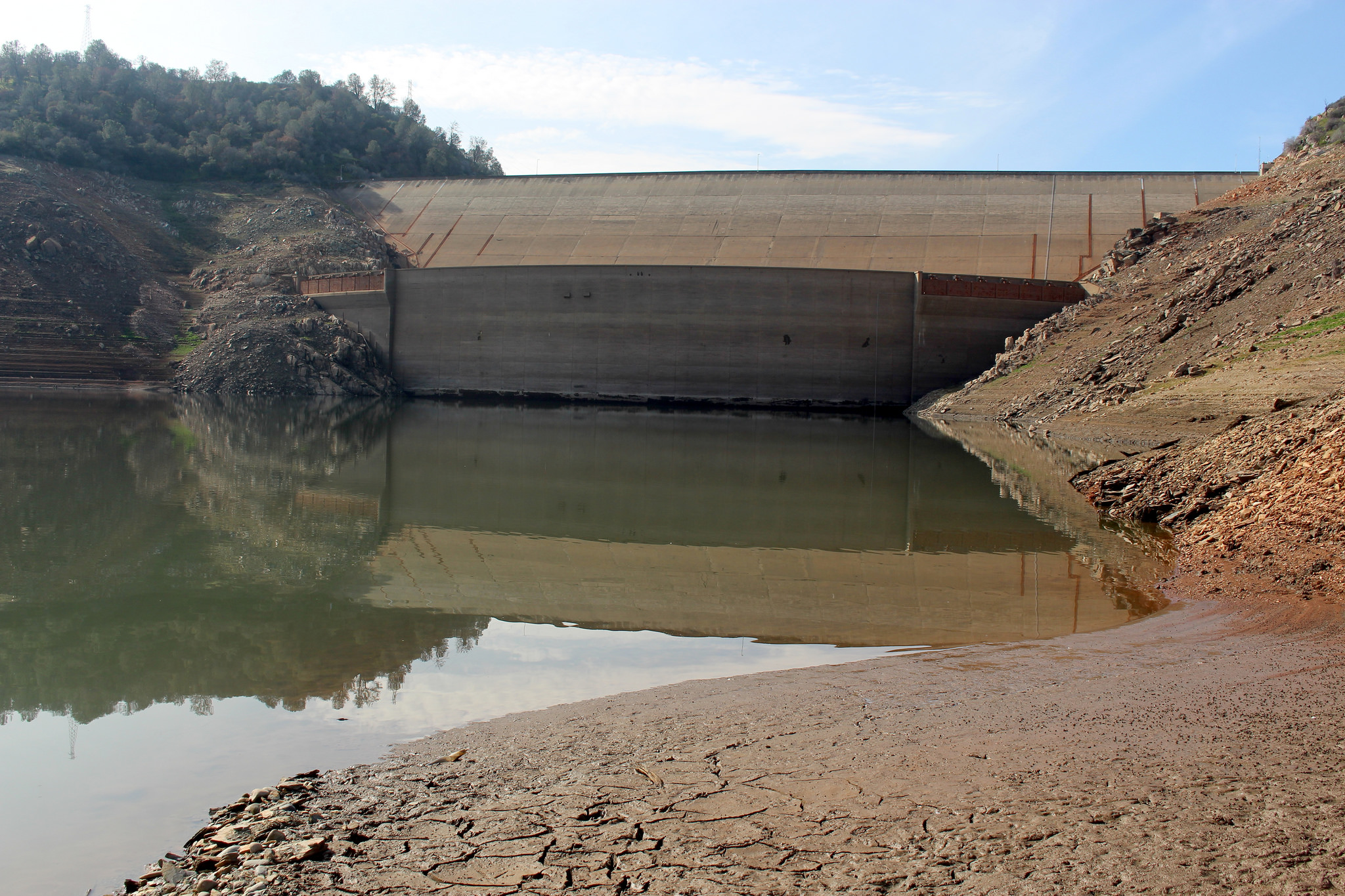 Walking down the usually busy boat ramp that no longer reaches water, you get an appreciation for the amount of water the reservoir normally holds. At these unprecedented low water levels, the lake does not host any boating or recreational activities. The remaining houseboats are moored together in the deepest portion of the lake, unusable to their owners. After a very long walk across a barren landscape, we were able to reach the base of the original impoundment that was built in 1926, and is normally submerged directly behind the modern, higher dam. Wanting to see the condition of the upstream end of the reservoir, we headed to the Horseshoe Bend Recreational Area, but encountered only a barren valley with no lake in sight.

Storage is so low that the neighboring Lake Don Pedro Community Services District is relying on emergency pumps set up on a barge to extract water because the district’s usual fixed pump system is more than 100 feet above the current water level. Thirty-two hundred people are at risk of being without water if the lake level drops much farther. Fortunately, since our visit on February 3rd, the lake’s water elevation has increased 19 feet (23,000 acre feet) thanks to the much-anticipated atmospheric river that came through Northern California earlier this month. But the central portion of the state is going to need a lot more of the precipitation that drenched the northern part of the state. Unfortunately, those atmospheric rivers, or “pineapple express” storms, tend to drop a large amount of precipitation just within a narrow band in the storm’s path.

Farmers in the Merced County know it is “crunch time” for getting any significant precipitation to replenish Lake McClure and to have irrigation water available through the irrigation district. The Merced Irrigation District recently distributed letters to growers warning them that there may not be any surface water to provide this season. With no surface water available this year, growers will have to rely on pumping groundwater. The water that is left in the reservoir will most likely be used to support the salmon and steelhead that live downstream; however, the warming waters are likely to have detrimental effects on the fish as well.

With the Central Sierra snowpack at only 17 percent of the April 1st average, it is unlikely any precipitation will be able to make up the difference over the next month. However, forecasters are predicting some rain for March, including rain events in the upper Merced watershed over the first 3 weeks of March, according to AccuWeather. The question on everyone’s mind is when the state’s reservoirs fill back up, because if they don’t, the outlook is grim.