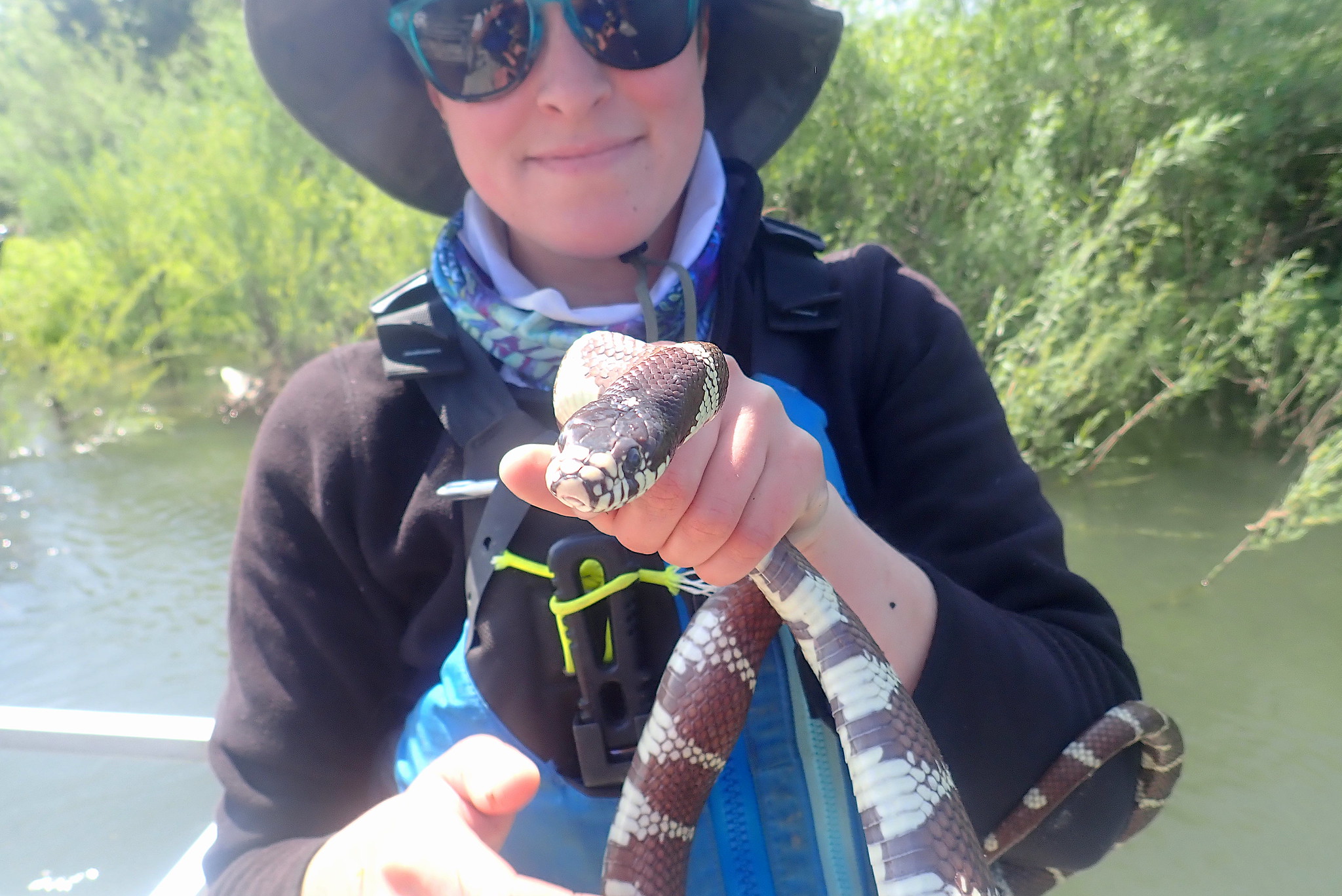 What has a head but no hair, a tail but no legs, and is black and white all over? If you guessed a California kingsnake, then you’ve solved our riddle and must love snakes as much we do at FISHBIO. Some of our staff members were recently lucky enough to come across this large California kingsnake while checking a rotary screw trap on the Tuolumne River. These traps are intended to catch small resident fishes and juvenile salmon as they migrate out to the ocean so that we can count and measure them. But sometimes, critters such as beavers, turtles, frogs, muskrats, and snakes are washed downstream and into our traps by high flows. These wayward travelers usually require a helping hand from our staff to get headed back on their way.

California is home to 76 different species of snakes, which includes ten types of venomous rattlesnakes and three species of king snakes. The California kingsnake (Lampropeltis californiae) usually has contrasting lateral stripes along the length of its body that range in color from black to brown and tan to white, but some kingsnakes have spotted patterns or vertical yellow stripes. California kingsnakes are found throughout the Southwest at elevations up to 7,000 feet and they are also commonly bred in captivity as pets. They can grow up to four feet in length, feeding mostly on a diet of rodents, lizards, turtles, amphibians, and other snakes. Kingsnakes are non-venomous and kill their prey by constriction. They are generally nonaggressive, but are known to bite people when handled improperly. Remarkably, California kingsnakes are resistant to rattlesnake venom, so they are good allies to have around your property to keep rodent and rattlesnake populations in check. 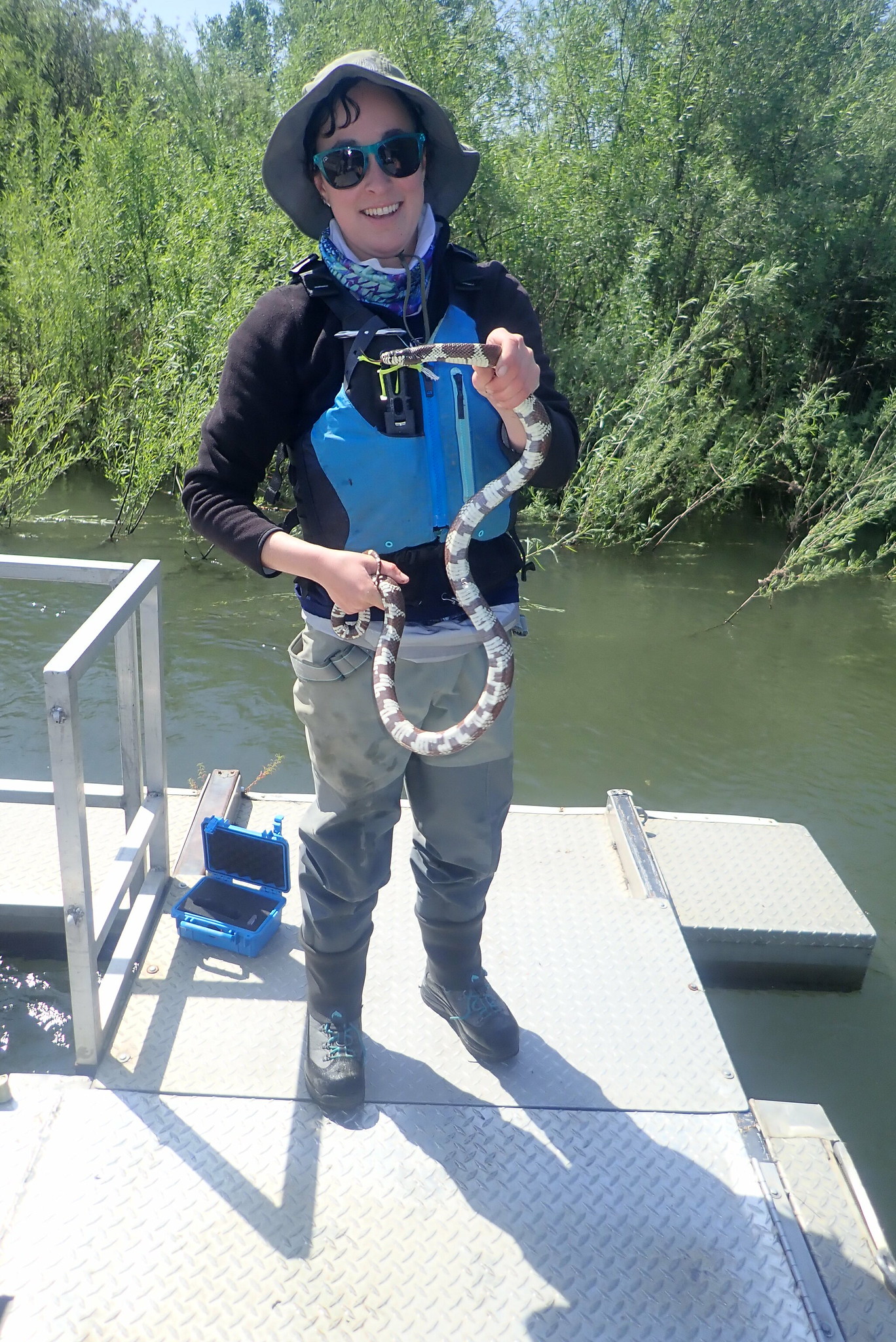 With so many different species of snakes living in our state, all of which can differ in coloration even between individuals of the same species, properly identifying them in the field can be difficult. Kingsnakes can mimic rattlesnakes by shaking their tail when threatened and, in the unlikely event that their rattle falls off, rattlesnakes can also resemble non-venomous snakes. That is why it’s important to be educated about the snakes in your area before attempting to handle any that you find in the wild. Luckily, our staff member who encountered this large California kingsnake was trained in herpetology (the study of amphibians and reptiles) and quickly identified it by its distinctive color pattern and small head size. Holding the snake carefully by grabbing behind its head so it wouldn’t bite and supporting its body so that it could breathe, we checked that it was healthy enough to be released, snapped these quick pics with our new friend, and made sure that he made it safely back to shore.