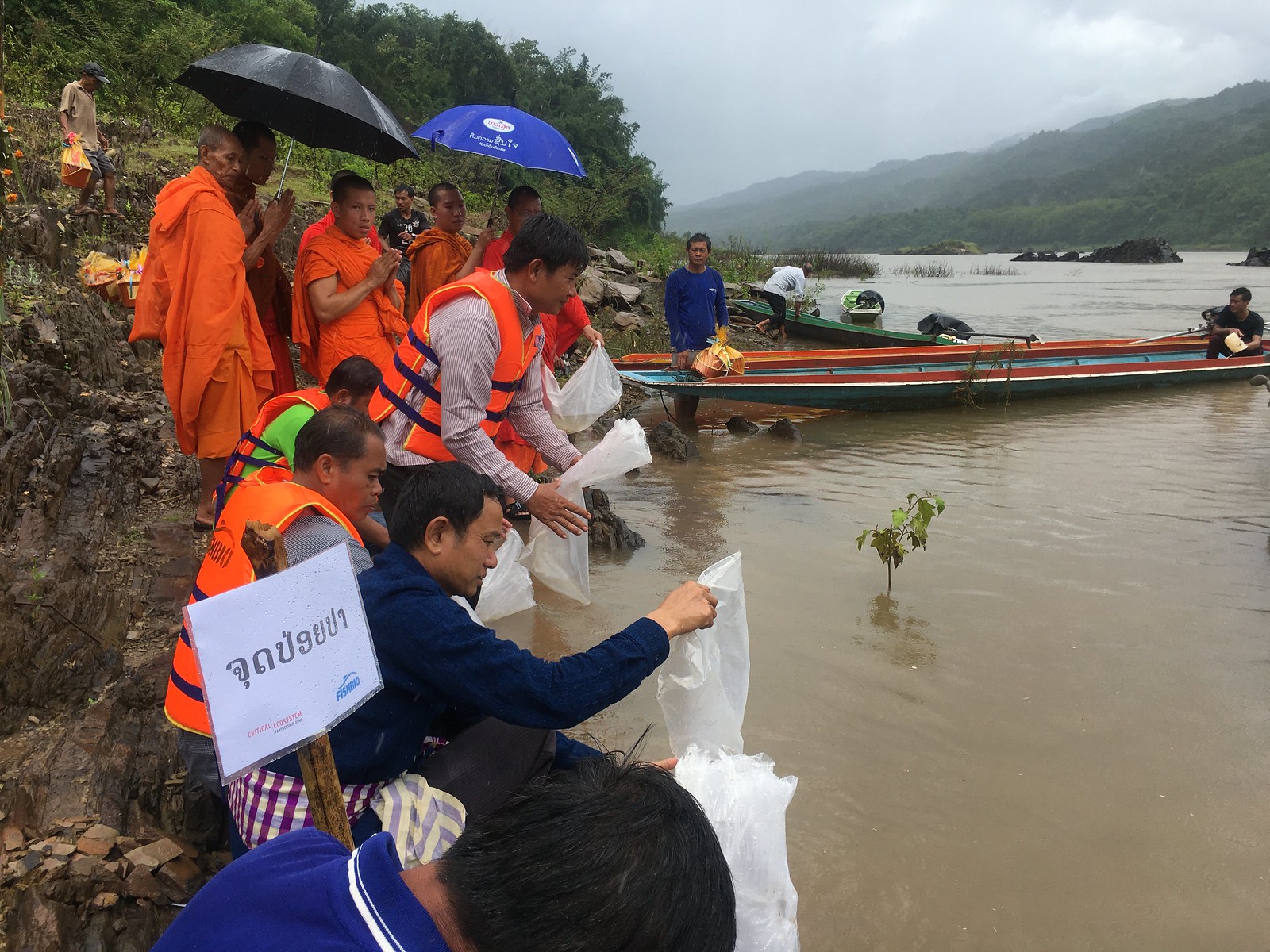 Our latest video marks the culmination of a multi-year effort working with communities in Laos to establish Fish Conservation Zones (FCZs) in the Mekong River. Since 2014, FISHBIO has received a series of grants from the Critical Ecosystem Partnership Fund to help villages set up these community co-managed freshwater protected areas that can allow fish populations to recover from overfishing. In particular, the FCZs focus on important habitat for the critically endangered Jullien’s Golden Carp (Probarbus jullieni). In total, a network of seven FCZs has been created among nine communities in northern Laos. These are the first FCZs of to be established in the mainstem Mekong River in this part of the country.

Community members play a large role in the FCZ management process, from deciding where the protected areas should be located, determining the rules and penalties, and patrolling the protected areas to enforce the regulations. FISHBIO has helped develop and strengthen FCZ management by facilitating official government approval of the regulations, hosting FCZ establishment ceremonies, and conducting outreach with the community. Buddhist monk blessing ceremonies and fish releases have been performed and spirit houses have been installed at the FCZ sites to integrate protected area management with Lao cultural beliefs. Throughout the course of the project, FISHBIO hosted two exchange visits to bring the communities together and learn from each other’s experience, and also conducted fish surveys to evaluate the performance of the FCZs. In this video, several community members share their hope for the FCZs to benefit both fish and people into the future. 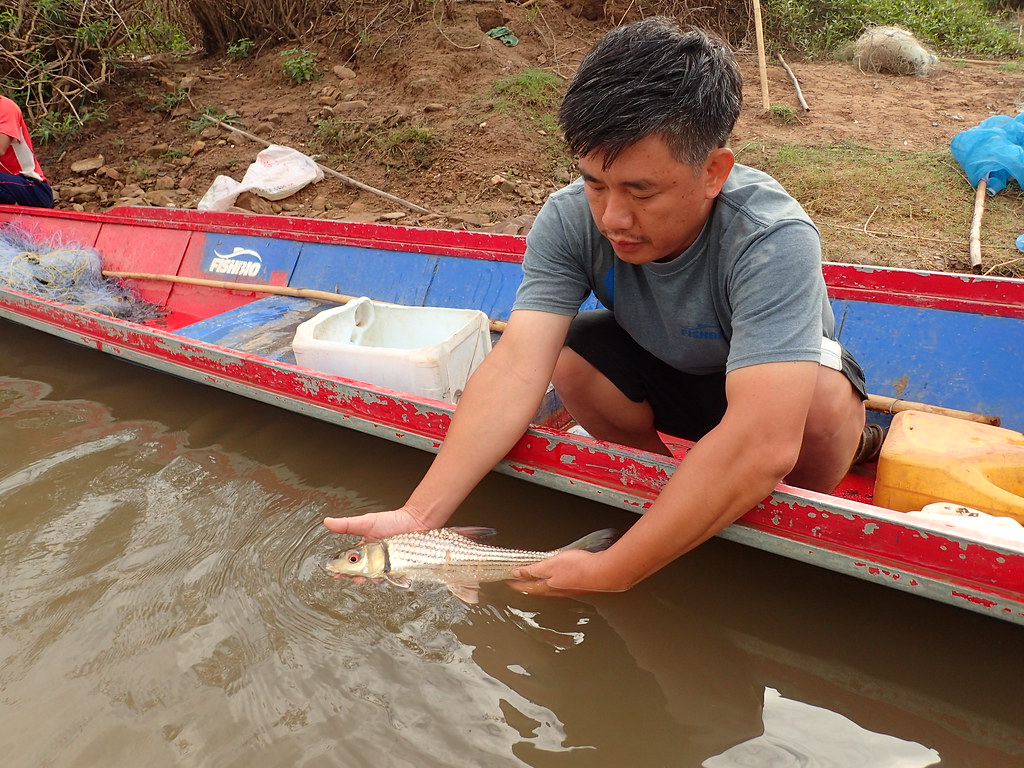