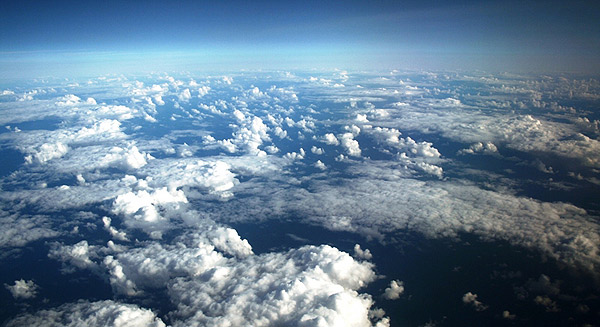 Last year was classified as having the worst storms ever recorded in history of the United States. In 2011, La Niña disappeared in early January and was not replaced by El Niño, resulting in an untamed jet stream that wreaked havoc on the United States. The spring was plagued with severe storms, tornadoes, hail and lightening that killed hundreds of people.

Climatological conditions known as El Niño and La Niña develop when abnormally warm or cool sea surface temperatures (SST) in the eastern Pacific interact with the atmosphere. An El Niño occurs when the SST rise above normal (3 month average >0.5 Celsius) following months of faltering trade winds. The warm ocean surface water adds moisture to the air above it, forming low-pressure systems. A La Niña occurs when the trade winds push the warmer surface waters away from the equator. The warm water is replaced by cooler, nutrient-rich water rising from deeper in the ocean, a process called upwelling. The cooler water impedes the formation of rain-producing clouds, leading to dry conditions near the equator in the Pacific Ocean. These two phenomena provide structure to the climate system for the entire winter allowing climatologists to make fairly decent long range forecast. 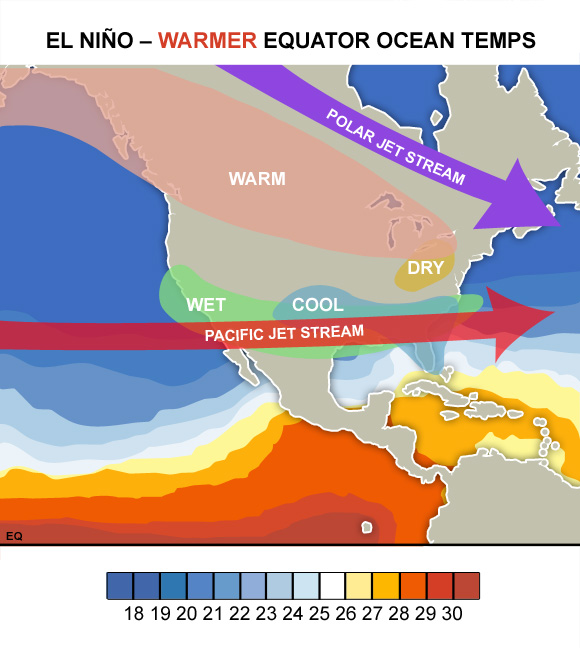 Although El Niño generally brings more rainfall to the southern region, there are some exceptions. La Niña appears to be the more reliable of the two, almost always bringing dry conditions to the southern region. Climate effects in the northern region, on the other hand, are not as reliable and harder to predict.   While La Niña generally brings wetter conditions, the effects of El Niño appear to be less predictable in this region. 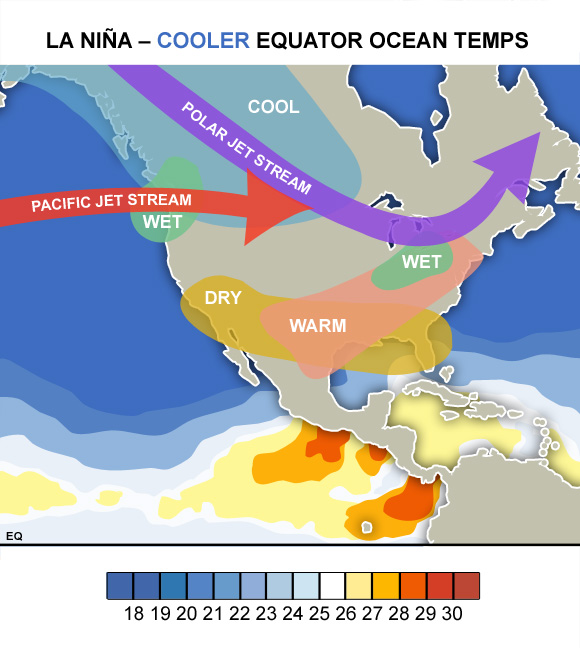