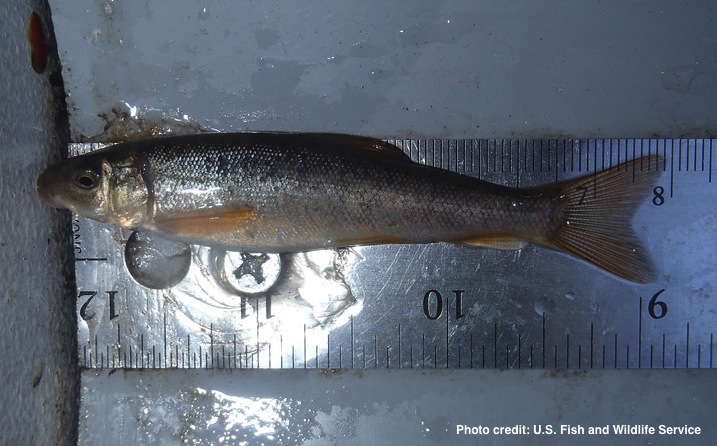 The U.S. Fish and Wildlife Service has issued a proposal to remove the Modoc sucker (Catostomus microps) from the list of Endangered and Threatened Wildlife under the Endangered Species Act. The proposal represents a milestone in a long struggle to revive the faltering population of this rare suckerfish native to both northern California and southern Oregon. It follows the recent proposal to delist the Oregon chub (Oregonichthys crameri), which was the first fish ever proposed for delisting thanks to recovery.

In 1985, when the Modoc sucker was first classified as endangered, the species only inhabited seven streams covering a slim 12.9 miles.  Geographic isolation, habitat degradation, stream channelization, water diversion, predation by brown trout (Salmo trutta), and hybridization with the Sacramento sucker (Catostomus occidentalis) were all identified as factors contributing to the decline of the Modoc sucker.

Thanks to almost thirty years of conservation work, Federal officials are now confident that the sucker—which grows approximately seven inches long and lives up to five years—is no longer threatened with extinction. Conservation measures, such as the construction of fencing to prevent cattle from grazing in riparian zones, have contributed to the rebound of the Modoc sucker.  Thanks to conservation measures such as these, the Modoc sucker now inhabits twelve streams covering 42.5 miles.  The U.S. Fish and Wildlife Service now has up to one year to evaluate and finalize the proposal.