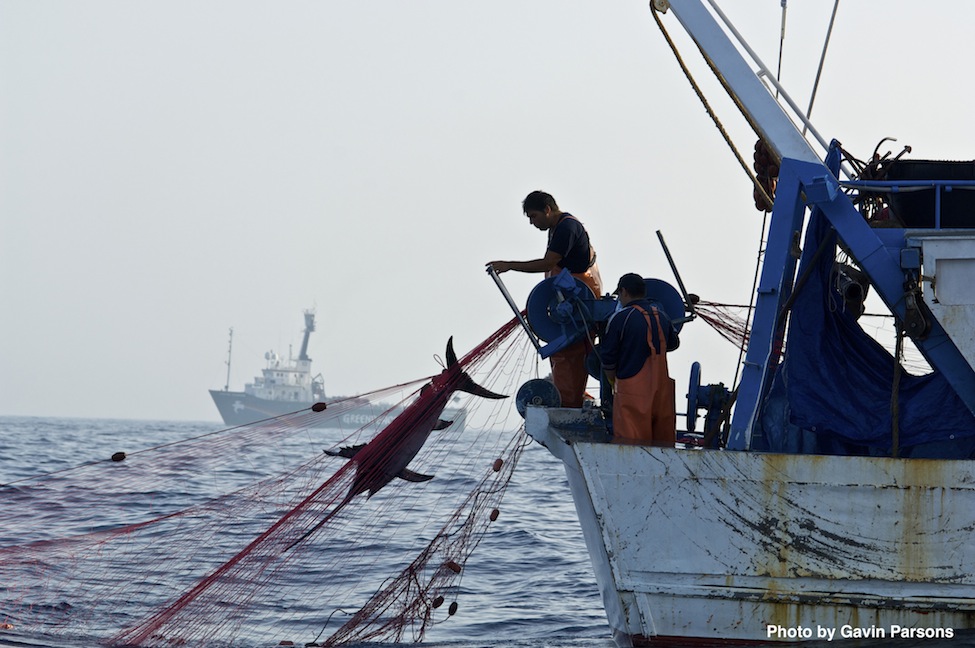 Managing sustainable fisheries harvests is vital to maintaining a healthy ocean, but this becomes a challenge when a substantial portion of the world’s fisheries operate outside the bounds of legal systems. In the past decade, there has been a strong effort to improve the management of commercial marine fisheries in countries like the United States. However, illegal, unreported, and unregulated (IUU) fishing, also called pirate fishing, is still a major hindrance to rebuilding overfished populations because it undermines efforts to regulate fish catch through quotas, closures, and other legal measures. The IUU catch, which can total up to 23 billion dollars, has been difficult to combat because fishers working illegally can move between ports without much supervision, and can find ways to easily pass their catch off as legitimate. However, strides are being made to combat this issue on a global scale. On June 5, 2016, the Port State Measures Agreement (PSMA) became the first binding international law to address IUU fishing. Currently signed by 29 member countries and the European Union, the agreement is designed to make it harder for IUU fishers to land their catch by requiring vessels to report specific catch information and potentially undergo inspections of logbooks, licenses, fishing gear, and cargo in any port.

Countries with ports establish their own port state measures, or rules that foreign fishing vessels must comply with to use the port. These measures vary by country, but often include measures such as restrictions on entry, trade sanctions, and port inspections. In 2007, the FAO Committee on Fisheries endorsed a global call for a binding agreement on port state measures, and after intense negotiations, the FAO conference approved such an agreement in November 2009. Nearly seven years later, the agreement is just now entering into force, and creates a set of minimum standard port state measures for foreign vessels in signatory member countries. These measures are targeted at pirate fishers operating on the high seas that evade authorities by flying flags from different countries, and by finding ports without strict regulations to land their catch. While each country is supposed to hold all vessels flying its flag accountable for illegal activities, this can be difficult to do in the open ocean. A captivating piece by the New York Times describes how a trawler wanted for illegal fishing was chased more than 10,000 nautical miles by an environmental organization, Sea Shepherd, before sinking in the South Atlantic. Significantly, any vessels that have previously been involved in IUU fishing will now be denied entry or inspected at ports that are under the PSMA, even if just refueling and not landing fish. The agreement therefore requires the parties involved to share data on vessels linked to IUU fishing, which will be challenging in practice, but FAO is increasing its capacity building efforts to help countries implement this agreement.

You may not realize when you are are consuming IUU seafood, but according to a study by Pramod and colleagues (2014), up to 32% by weight of the wild-caught seafood imported into the United States in 2011 was illegal. Despite fisheries management improvements in the United States, Americans still contribute to the global issue of IUU through our consumption of illegal seafood imports. Illegal fisheries harm law-abiding fishers through unfair competition, and are also sometimes associated with harsh forced labor practices. In this age of global markets, it is generally difficult to follow seafood from the point of harvest in the ocean to the point of sale in the market, a process called the “traceability” of the catch. Traceability is a food safety concern, and improving our ability to follow the complex seafood chain of custody is also vital to preventing illegal and fraudulent seafood from entering the market. The National Oceanic and Atmospheric Administration (NOAA) recently announced a proposed plan to trace the origins of seafood entering the United States through data reports on harvest, landing, and chain of custody of imported seafood, focusing on species that are often captured illegally or mislabeled (such as grouper, sharks, shrimp, tuna). If the Port State Measures Agreement and improvements in seafood traceability are successful in reducing IUU fishing, this will be a big win for the health of the oceans.