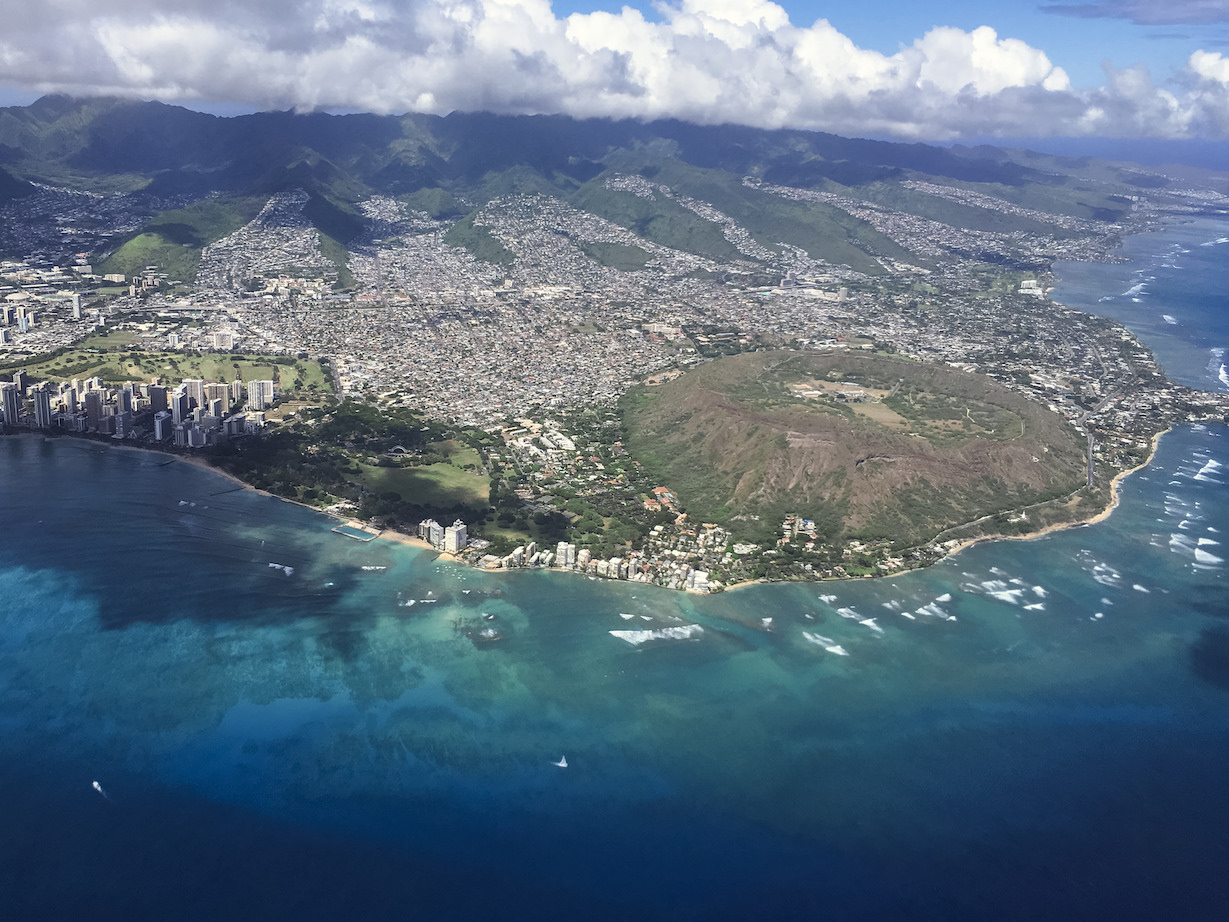 Our planet is at a crossroads. The decisions we make now about our human relationship to the planet will affect the trajectory of life on Earth – and choices exist that can benefit both people and the environment. This was the theme of the World Conservation Congress organized by the International Union for Conservation of Nature (IUCN) in Honolulu, Hawaii, in September 2016. FISHBIO staff were among the nearly 10,000 participants from almost every country in the world that gathered for this global discussion about conservation. The World Conservation Congress is held once every four years, this year for the first time in the United States. Hawaii was a fitting location to draw attention to the conservation plight of islands around the world, and to demonstrate how traditional cultures and nature can go hand in hand. The conference opened on a wave of excitement, as President Obama had expanded Hawaii’s Papahānaumokuākea Marine National Monument just days before, creating the largest marine protected area in the world.

We really valued the chance to connect with conservation practitioners from across the globe. Many of the sessions were structured as round-table discussions called “Knowledge Cafés,” which allowed participants to interact with each other. We appreciated the chance to repeatedly connect with others working in freshwater environments, as we were all drawn to similar topics. Several of the discussions focused on protected areas, including freshwater protected areas, which is a large focus of FISHBIO’s work in Southeast Asia. We learned about innovative tools, such as a new report card system for assessing river basin management, and about a recent effort to assess protection gaps for the world’s rivers (Abell et al. 2016). Sessions focused on development and freshwater conservation acknowledged the necessity of hydropower infrastructure, but stressed planning at a systems scale and encouraging transboundary cooperation to avoid costly delays and reduce environmental imapct. Many participants expressed their desire to see freshwater featured more prominently in high-level discussions at future congresses.

We also found several discussions about communication strategies for freshwater particularly refreshing. Speakers highlighted the need for vivid imagery and storytelling around freshwater places to match successful outreach campaigns that highlight the oceans. Rather than seeing the ocean as a competitor for public attention and funding, we were urged to all focus on the fresh and saltwater connection, to highlight the importance of all water to people and wildlife. Workshops also discussed the danger of having only one message of doom and gloom coming from the conservation community, and stressed the power of adding positive messages to the conversation, such as the success of the #OceanOptimism campaign on Twitter and Facebook. Fittingly, the term #WaterOptimism was recently proposed after the conference, which could be a good rallying point for positive freshwater stories. The discussions inspired us to look for hopeful messages and approaches, even as we navigate difficult arenas.

In addition to being very interactive, the conference placed a large emphasis on action. As was stated in the opening remarks, the time for “later” is over. Recent international agreements show the world is ready for action on climate change and sustainable development, setting the stage for strong action for conservation. Many congress workshops and discussions tried to create or share tangible outputs, like publications, strategies, or tools. Members of the IUCN general assembly approved more than 100 resolutions and recommendations related to IUCN’s programs and policies. They also presented the Hawai’i Commitments, which recognize the need to create a Culture of Conservation and address some of the pressing issues we face at our crossroads. These include sustaining the global food supply in harmony with nature, preserving our oceans, ending wildlife trafficking, engaging with the private sector, and addressing climate change. The conference left our FISHBIO staff feeling inspired and renewed as we continue our work, trying to address challenges and find solutions to conserve Earth’s special places, and the life it supports. Enjoy our video of some conference highlights and browse our photos on Flickr!