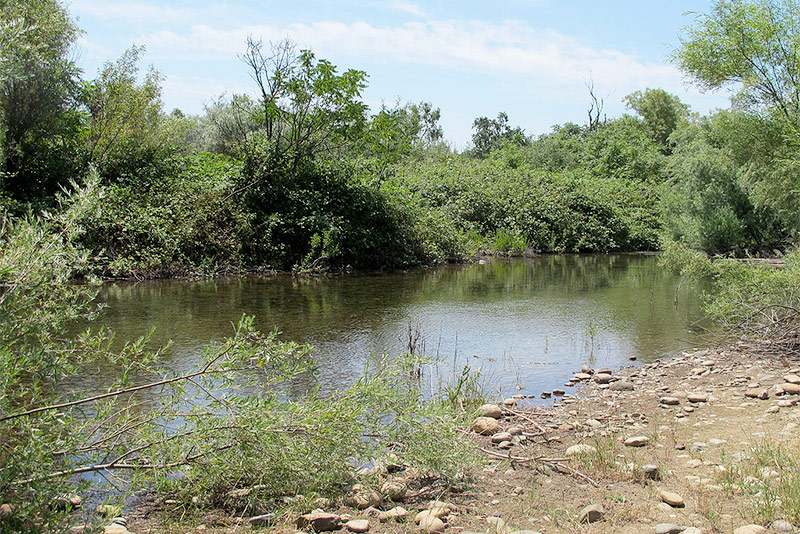 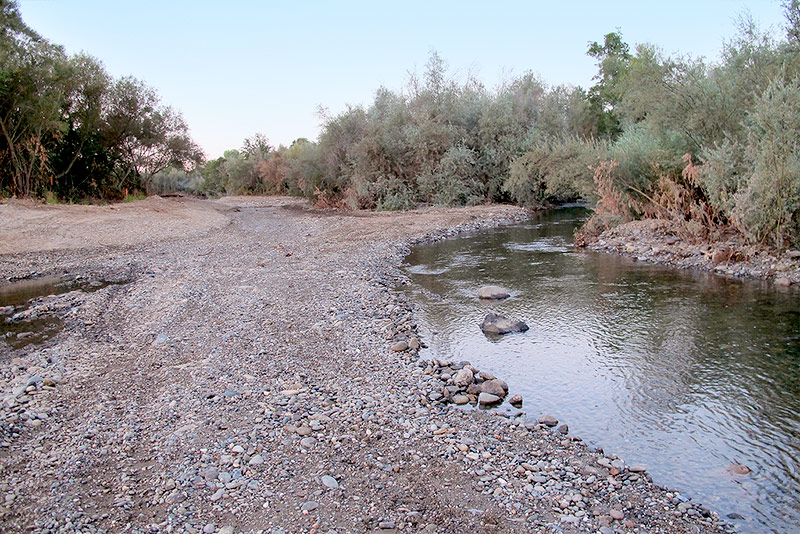 Last week marked the end of the construction phase of the Honolulu Bar Floodplain Enhancement Project (HBFEP; see video) and it almost felt like a celebration of all the hard work and dedicationthe Oakdale Irrigation District, U.S. Fish and Wildlife Service and other partners put forth this summer at Honolulu Bar. Recently, FISHBIO had the opportunity to participate in the 12th Annual Tuolumne County Natural Resource Summit, where we set up a display on the multifaceted HBFEP and many of our fisheries monitoring efforts in the tributaries of the San Joaquin Basin. The summit was sponsored by Pacific Gas & Electric Co. and the U.S. Forest Service and was open to the public. Many Tuolumne County residents attended and were thrilled to have the opportunity to interact with summit presenters such as Congressman Tom McClintock, Assemblywoman Kristin Olsen and Tuolumne County Supervisor Randy Hanvelt. Also presenting were Pete Kampa from The Tuolumne Utility District and Chris Horgan from the Stewards of the Sequoia. The topics presented and discussed often hinged on water management and public use issues; recognizing that water is one of, if not the most important factor influencing natural resources in the western United States. It was an absolute pleasure to be able to talk fisheries with public officials and the general public. It became obvious very quickly that there are many people in Tuolumne County and the Central Valley who love the outdoors and have a strong interest in what happens to the lakes and rivers in California. We were pleasantly surprised by how many people had visited the lower Stanislaus River and were aware of the positive efforts being made to help alleviate the problems faced by anadromous fish species like Chinook salmon and steelhead.