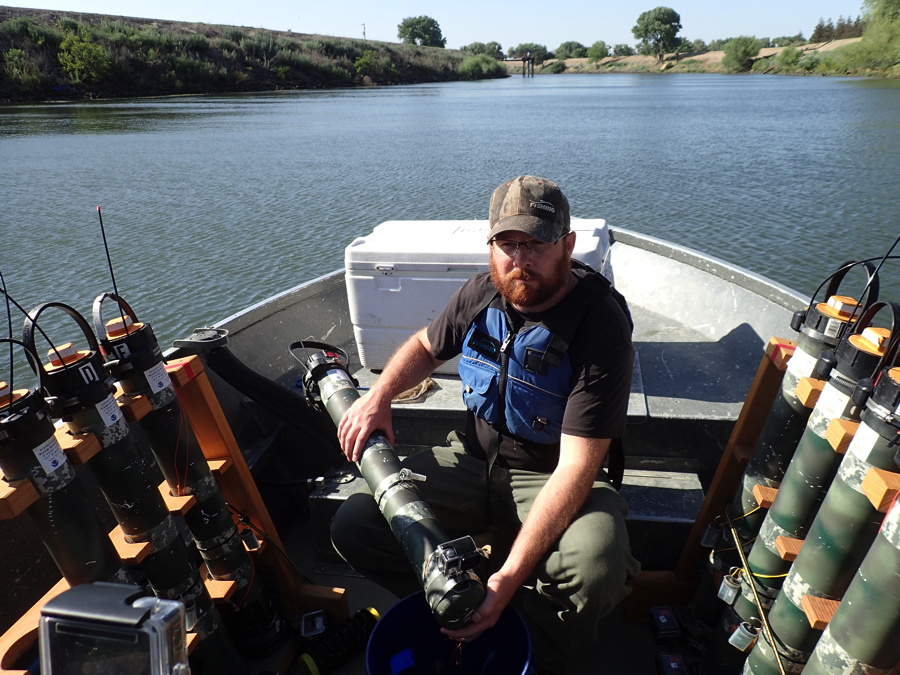 What do a hatchery salmon on a string, a GPS from a dog collar, a length of PVC pipe, and a GoPro have to do with fisheries research? They are all part of an effort to monitor predation on salmon in real time. As we’ve highlighted in recent blog posts, predation is an important topic in fisheries management, especially when it comes to salmon in California. Researchers use many techniques, both simple and complex, to document or measure predation. This can include collecting diet samples from predatory fish, using DNA from gut samples to identify prey contents, and even an acoustic tag that can signal when the tag (and the fish carrying it) is consumed. Data collected from other standard fisheries monitoring methods, such as telemetry and rotary screw trapping, can help determine salmon survival and mortality rates, which can then also be used to infer predation rates, though often with much less precision. However, one major problem with all the methods mentioned above is that predation events (or when a predator successfully consumes its prey) occur at specific locations and times, yet the scientific data are often collected long after the fact. Water temperature can also significantly affect metabolism and digestion rates of prey items, which can further complicate measuring predation rates. 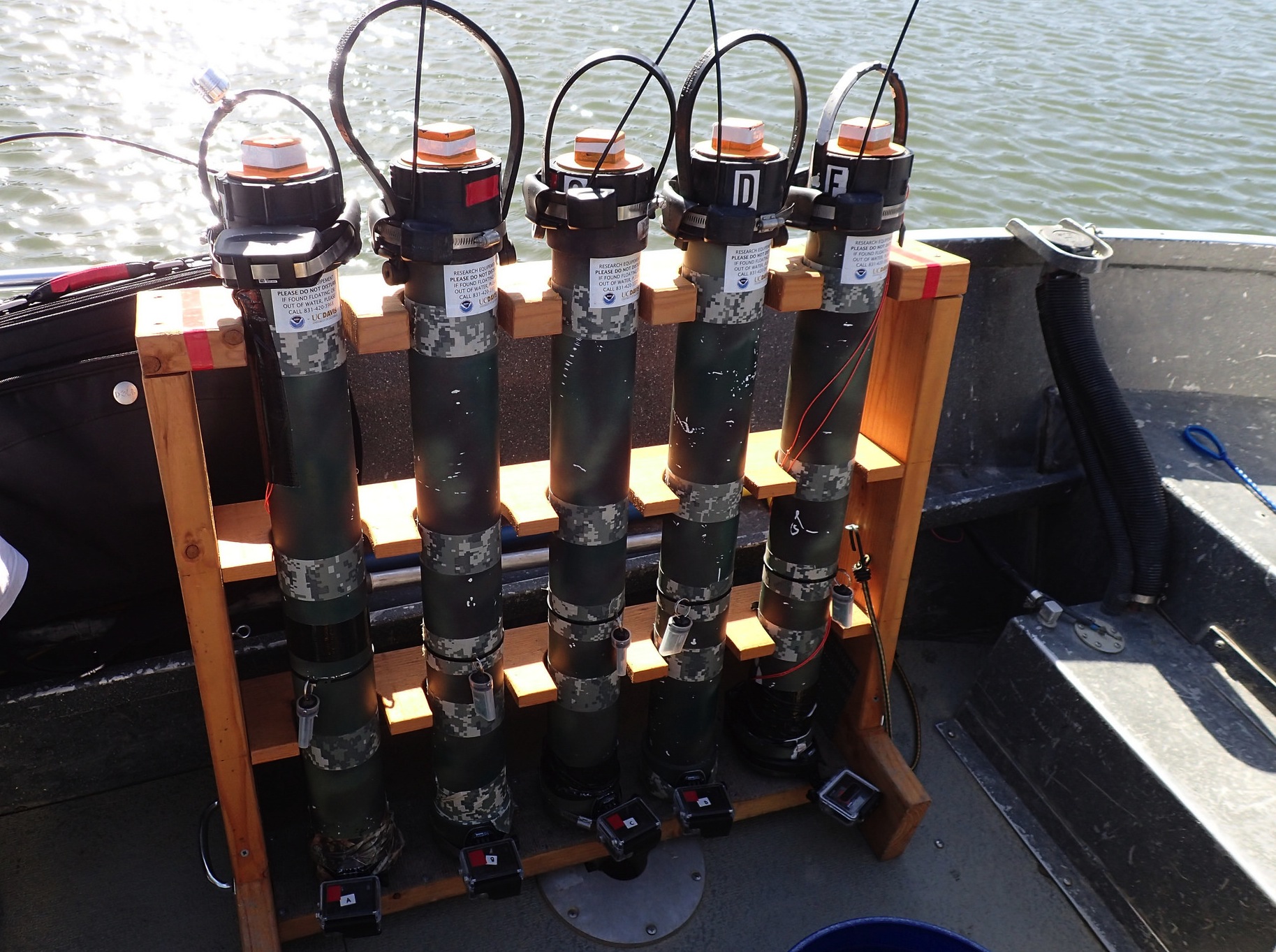 To help document predation minutes after it happens, researchers from the NOAA-SWFSC Salmon Ocean Ecology Team are tying hatchery salmon to electronic recording devices in what is known as a tethering experiment. Over the past several years, researchers from the lab have been baiting the GPS-enabled devices, called Predation Event Recorders (PERs), and monitoring when the tethered fish get consumed to assess predation at several study reaches on the San Joaquin River. Each PER is baited with a hatchery salmon, and is weighted with lead shot so it sinks below the water surface and drifts freely with the current. A custom-fabricated, waterproof timer is attached to the tethered salmon and turns on when the salmon is consumed, which allows researchers to pinpoint the exact time of the predation event. Each PER is also outfitted with a GPS unit, water temperature sensor, a light sensor, and a GoPro camera. All these “extra” features record the exact location, water temperature, and light level when the event occurred, and often can help identify the species that consumed the tethered salmon. FISHBIO staff recently helped the team deploy up to 10 PERs at a time through one of the study reaches on the San Joaquin River. Each PER was allowed to drift for one hour before it was retrieved, and this process was repeated three times for each study reach.