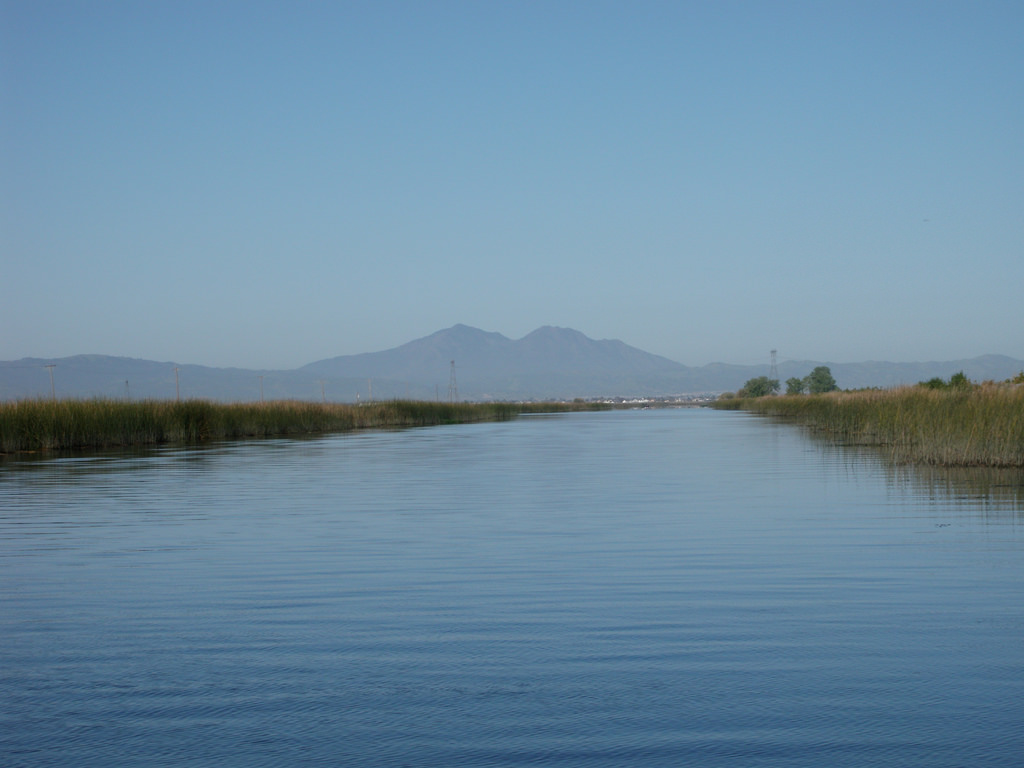 Much like old-timer tales of walking to school uphill both ways, it can seem like Chinook salmon in the Central Valley have to swim uphill both ways when migrating to and from the ocean. It’s no secret that young salmon and steelhead face a formidable obstacle course when trying to exit the Sacramento-San Joaquin River Delta toward the Pacific Ocean. A maze of natural and man-made stream channels, dead-end sloughs, predators, rip-rap-lined channels cut off from floodplains, and pumps that reverse the flow of rivers all confuse, consume, and strand juvenile salmon. Researchers and managers have long known survival is particularly low for young salmon migrating through the San Joaquin River and South Delta. However, a study published earlier this year in the North American Journal of Fisheries Management shows just how low it can be: in some years, survival is estimated to be zero – meaning no juvenile salmon from the San Joaquin River make it to the ocean (Buchanan et al. 2018). The study suggests increasing streamflow may not improve survival through this migration route, and predation is likely a major factor in these low survival probabilities. Consistently low survival rates indicate the San Joaquin Basin portion of fall-run Chinook salmon may not be a self-sustaining population, which has consequences for the entire population of fall-run Chinook salmon in the Central Valley.

After analyzing six years of acoustic telemetry survival studies (2010 to 2015), Buchanan and colleagues estimated annual survival probabilities for fish migrating from Mossdale to Chipps Island ranged from a high of 5 percent in 2010 to a low of 0 (no survival) in 2014 and 2015. This follows a pattern of consistently low survival that has been observed for juvenile Chinook salmon migrating out of the San Joaquin River and South Delta since 2002, and in earlier years like 1996. When compared to other large rivers on the West Coast, these estimates are strikingly lower than systems like the Columbia River (61 to 88 percent) and the Thompson-Fraser River (37 to 74 percent) when scaled to the same length as the Mossdale-to-Chipps Island study reach. In an attempt to help reduce mortality rates of migrating juvenile salmon, managers typically aim to increase streamflow during migration periods. The theory is that this increase in water released will increase the amount of habitat available to juvenile salmon, while also increasing their migration speed and helping them avoid predators. However, the authors of the recent study looked at data on migration speed, including from a wet year in 2011, and found that increasing migration speed did not increase salmon survival. Further, using a ‘predation filter’ to estimate predation rates on juvenile salmon, the authors estimated annual minimums of 20 to 64 percent of fish were consumed by predators, which helps explain their poor survival.

Interestingly, this study also found that more than half of the fish surviving through the Delta to Chipps Island passed through the salvage facilities at the Central Valley Project pumping plants and were released just upstream of Chipps Island. This is most likely because the salvaged fish avoided the high concentration of predatory fish in the Delta waterways while being transported to the west end of the Delta. Due to the consistently low survival rate of juveniles migrating out of the San Joaquin River, the population may not be self-sustaining. Estimates from the Columbia River Basin suggest an annual smolt-to-adult return ratio of 2 percent is needed for a Chinook salmon population to sustain itself into the future, which the San Joaquin River population is not achieving. There is a growing body of evidence suggesting the San Joaquin Basin may act as “sink” population for naturally-produced salmon, where deaths exceed births – in part because of the major “uphill” swim juvenile salmon have to endure at the beginning of life.