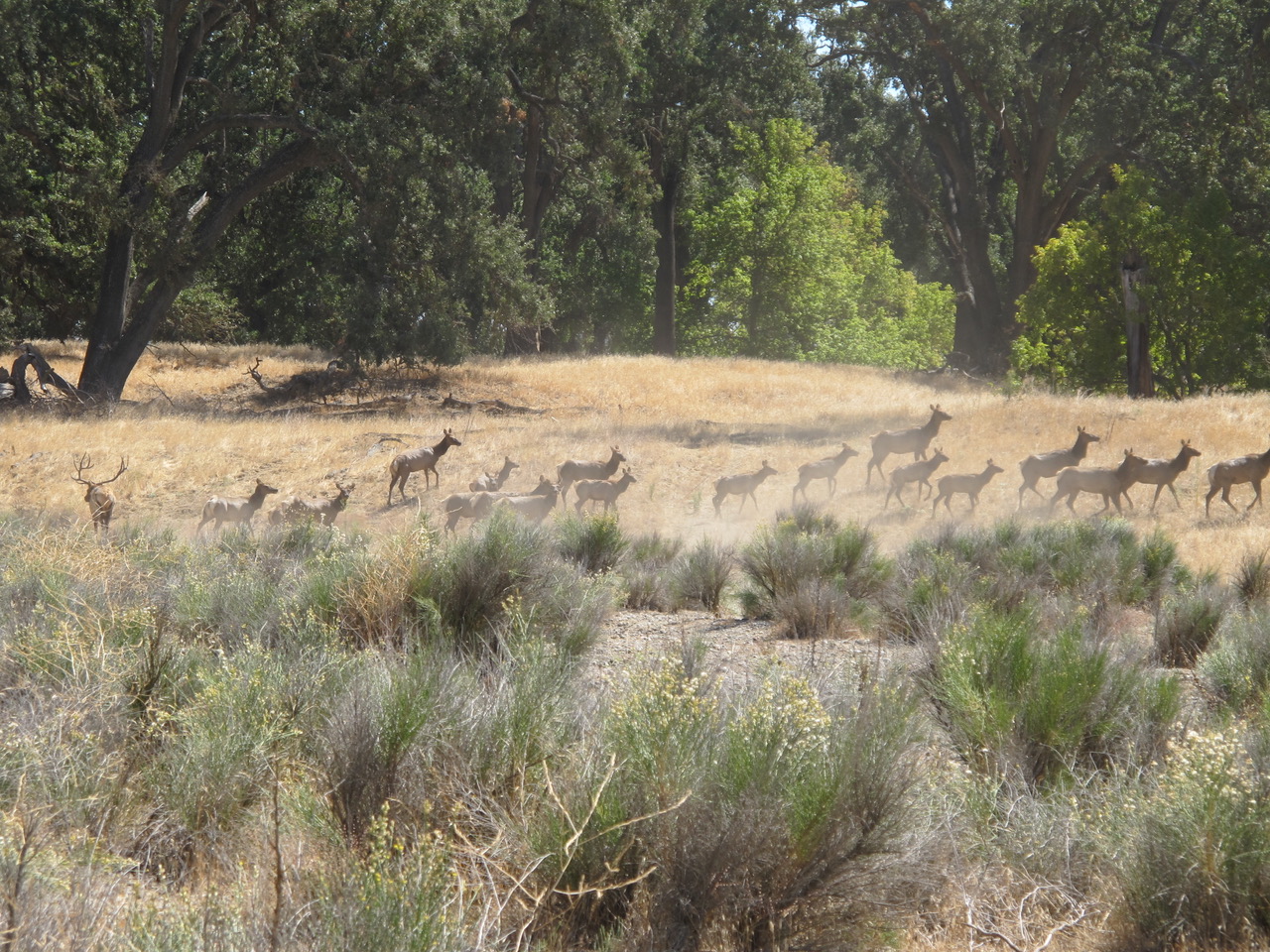 In today’s Flashback Friday, we explore the history of California’s protected tule elk.

We might not have reindeer in California, but we do have our share of large grazing ungulates. Historically, the Central Valley was home to massive groups of herbivores that wandered its productive grasslands. Recalling his arrival to the region in the mid-19th century, the artist and printer Edward Bosqui emphasized the enormity of these historic herds, writing, “At times we saw bands of elk, deer, and antelope in such numbers that they actually darkened the plains for miles.” The elk belonged to a subspecies unique to California, known as the tule elk (Cervus canadensis nannodes), of which there were once an estimated half million ranging between Shasta County in the north and Bakersfield in the south. However, like many native wildlife species, tule elk faced numerous challenges as a result of swelling human influence. 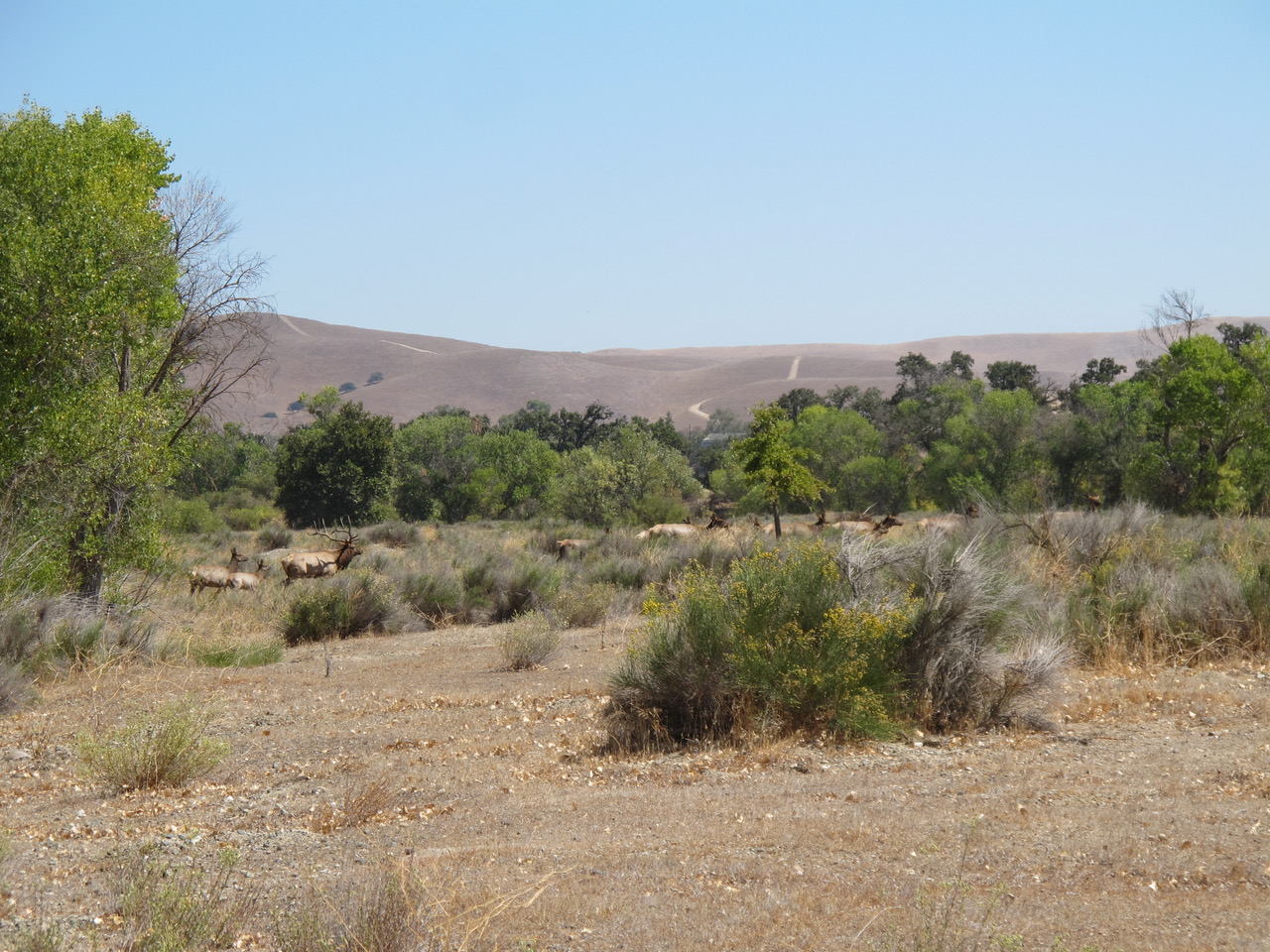 Tule elk are the smallest of the three subspecies found in California, the other two being Roosevelt elk (C. canadensis roosevelti) and Rocky Mountain elk (C. canadensis nelsoni). Males are slightly larger and tend to reach 500 pounds, so tule elk are “small” only in comparison to their relatives (male Roosevelt elk are typically closer to 1,000 pounds).  Although these three subspecies are capable of interbreeding where the coexist, each is recognized as being significantly distinct. Like many native species, tule elk rapidly declined following the arrival of European settlers, who hunted them for food and leather. Hunting increased dramatically with the Gold Rush, when an influx of people required more food. In addition to declines as a result of hunting, tule elk saw their native food sources replaced by introduced grasses, and had to compete with domestic cattle. By the time hunting of tule elk was banned in 1873, the species had declined so precipitously it was believed to be extinct. Fortunately, a few individuals persisted, and in their most dire hour they found an unlikely savior in the form of a wealthy cattle baron.

Heinrich Alfred Kreiser immigrated from Germany in 1846, and after buying a nontransferable steamer ticket to California assumed the name of Henry Miller, the former ticket holder. He quickly built a massive cattle business, and in 1874 a lone pair of elk was found on his ranch near Buena Vista Lake in Kern County. He spearheaded a charge to protect the species, paying his employees to protect the elk and to report any incidents of attempted poaching. Subsequent surveys found small numbers of tule elk still persisted in scattered patches, but habitat loss and illegal hunting continued, and as of 1895 there were only 28 known individuals. However, under Miller’s protection, however, the herd on his 600-acre preserve grew rapidly. Miller asked the California Fish and Game Commission to transplant some of his elk, but relocation efforts were largely unsuccessful. It wasn’t until 1932 that the State Park Commission purchased land for a 953-acre preserve near the town of Tupman, and subsequently introduced about 140 tule elk. The success of this endeavor was short lived, as a dam on the Kern River constructed in 1952 led to a loss of riparian habitat in the preserve and consequent declines in the herd, which relied on such habitat for food. 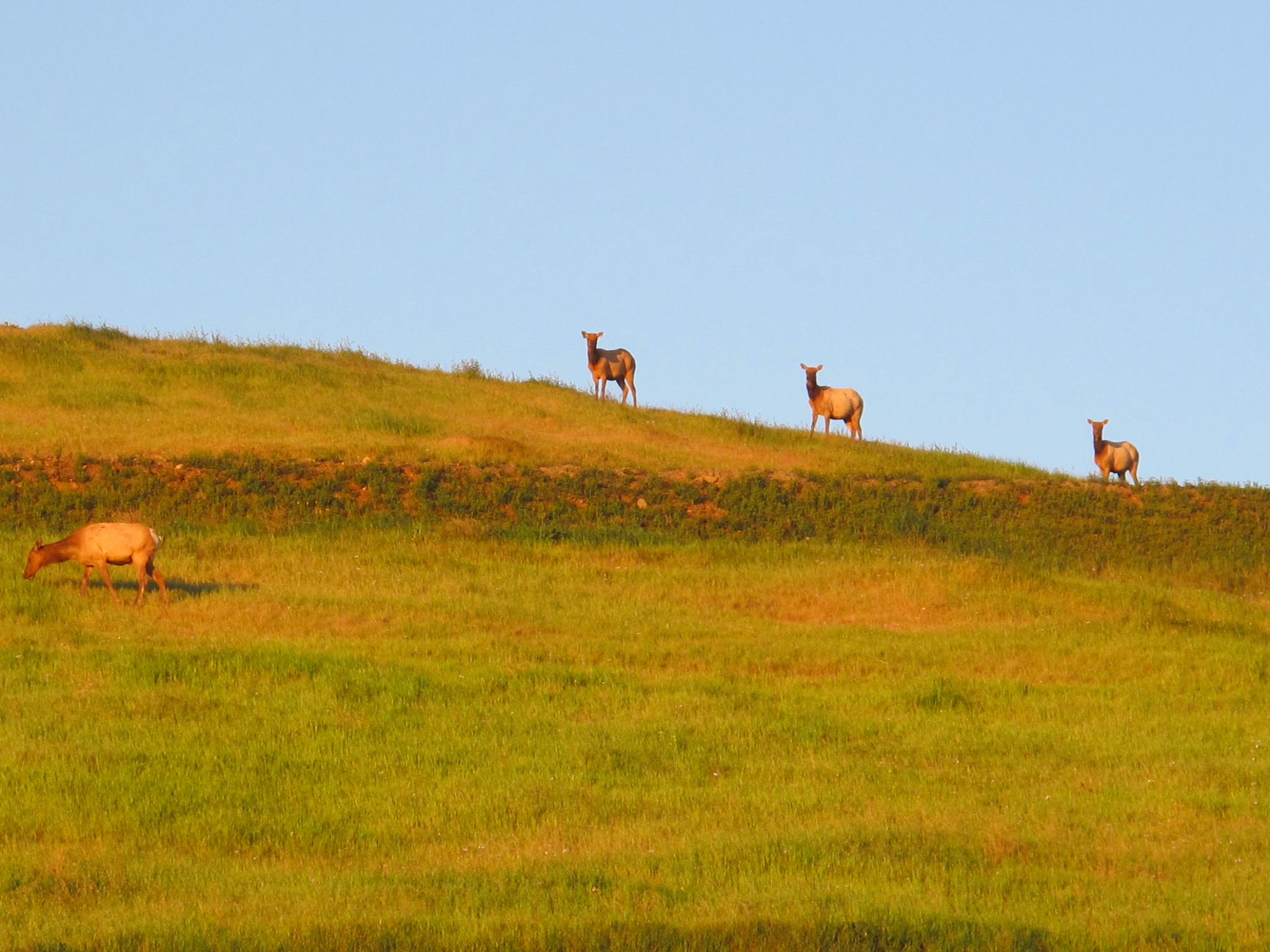 In 1954 the management of the remaining elk was transferred to California State Parks, which created a feeding program to keep the herd in good health. Whenever this herd reaches numbers of more than 35, surplus animals are relocated to propagate and create new herds. In 1971, tule elk received official protection through the passage of the Behr Bill by the California State Legislature, which allows for limited hunting of the species only when total numbers are above a threshold of 2,000 individuals. There are now an estimated 5,700 tule elk in 22 herds in California (as of 2016). Those interested in getting a taste of what it was like when great armies of elk roamed the plains can seek out these herds at numerous parks and preserves. Thanks largely to the efforts of the Cattle King of California, seeing and hearing these animals in their natural habitat is still possible. Stay tuned for a future post about the management of tule elk today.