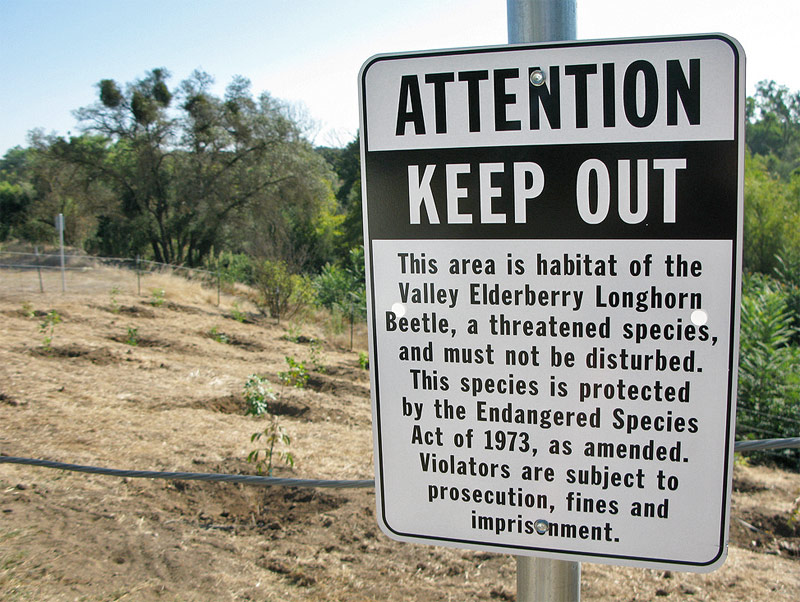 This sign marks an area where a single elderberry bush was transplanted during habitat restoration, and where several other elderberry saplings were also planted as a precaution, in case the transplanted bush does not survive. This effort and expense is all due to a little beetle that is protected under the Endangered Species Act (ESA) and calls the elderberry shrub (Sambucus spp.) its home. The valley elderberry longhorn beetle, nicknamed the VELB (Desmocerus californicus dimorphus), was listed as threatened in 1980 due to presumed loss of habitat and inadequate regulatory protection. At the time it was known to occur in less than 10 locations, but since then nearly 200 occurrences in 25 locations have been confirmed. The VELB is nearly always found on or close to the elderberry shrub, their primary habitat. In the spring, adult VELB emerge from pupation inside the wood of the shrub and eat the foliage until about June when they mate. The females lay their eggs in crevices in the bark, and after hatching, the larvae burrow into the shrub where they will spend 1-2 years eating the interior wood. Nearly 100,000 elderberry shrubs have been planted in the California Central Valley over the last two decades in support of this species (Gilbart 2009). 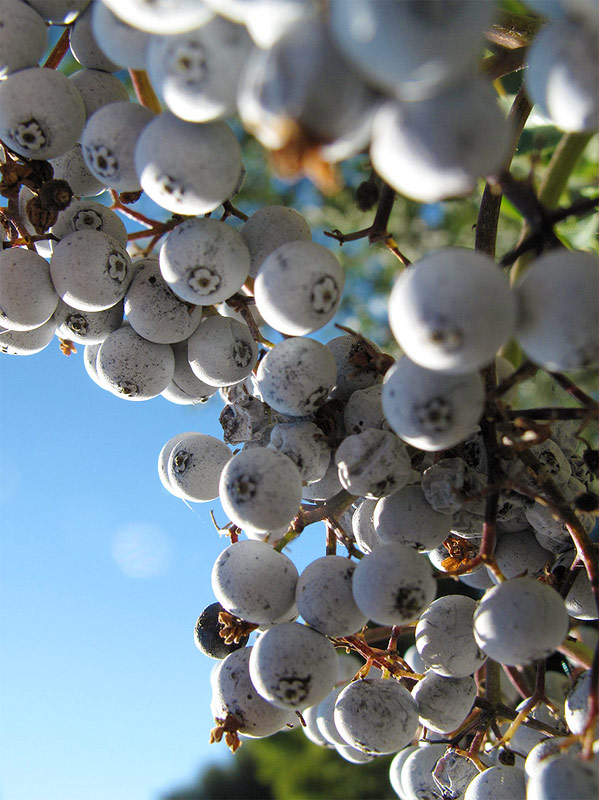 Due to the ESA protections, millions of dollars have been spent by private and government entities required to obtain permitting and mitigation for development, maintenance and restoration projects. In 2006, the U.S. Fish and Wildlife Service’s 5-Year Review recommended de-listing the VELB, but this has yet to happen. In April, the Pacific Legal Foundation filed a lawsuit in U.S. District Court to force the USFWS to act on the 5-year Review and consider delisting the VELB. The USFWS responded in August by announcing a 60-day public comment period as part of a 12-month review to determine whether or not to propose the beetle for delisting.