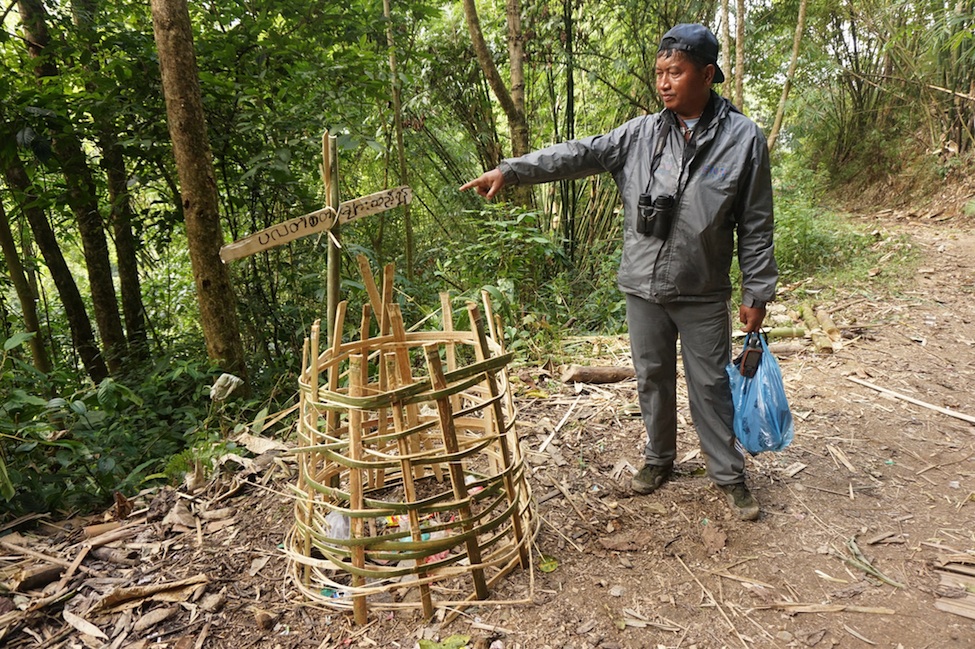 Given the complex nature of many challenges and threats facing the natural world, from climate change to human development, it might seem the problem of litter is a low-hanging fruit that should be relatively easy to solve. Though perhaps not the most dire of threats, trash still represents a troublesome issue in much of the world. The topic can by highly visible, such as the plastic-clogged trawl nets and Styrofoam -filled trash cans we’ve seen throughout our travels in Southeast Asia, or it can be practically invisible, such as the tiny bits of plastic adrift in the ocean that have made their way into the marine food web.

We recently discovered that even hiking miles into the remote mountains of Myanmar at the base of the Himalayas is not enough to escape the colorful remnants of our disposable human lifestyle. Nothing breaks the illusion of being in a wild place quite like a pile of crushed cans and crumpled food wrappers. After taking stock of the trash-strewn trail on our long hike to reach our project site in northwestern Myanmar, we made the return trip armed with a few trash bags. While our trash collection efforts only made a dent in the litter situation, we wanted to at least make a token gesture to try to leave the area better than we found it. Plus, with local people carrying our gear, picking up a few pieces of trash seemed like the least we could do, and also gave us a distraction to help pass the 12 miles up and down the steep mountain slopes. We soon became familiar with some of the more common snack items discarded by passing travelers, be it the heart-shaped cookie sandwiches in white and pink wrappers, or the spongy cakes in yellow packages. 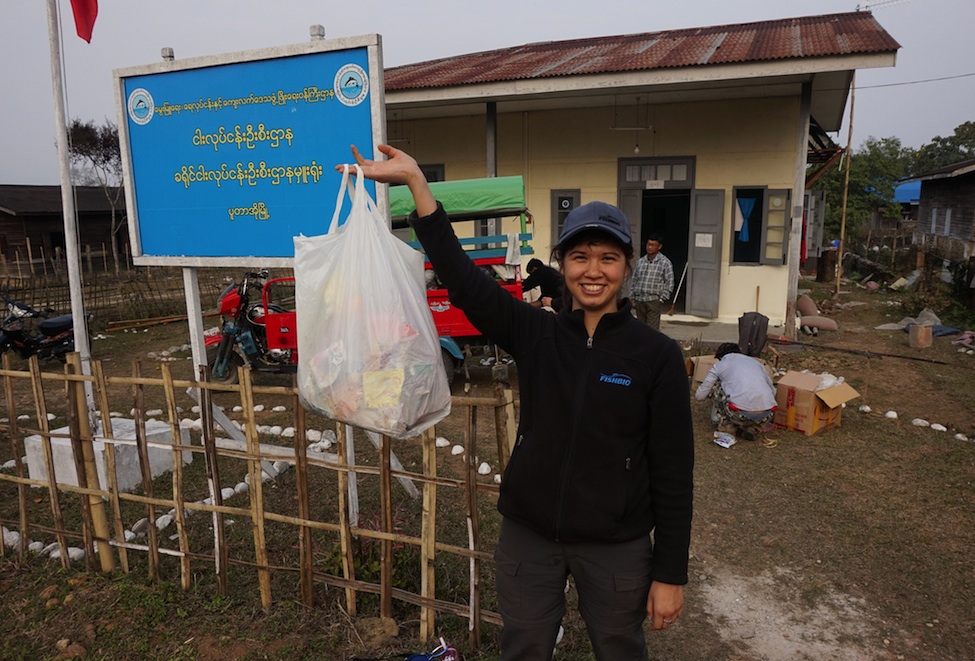 On a previous trip to Myanmar, we talked to some of our local colleagues about the the issue of trash while eating at a local restaurant where all of our plates, glasses, and silverware came individually wrapped in plastic packaging. They told us how a few decades ago, everything at the markets would be wrapped in banana leaves, biodegradable packaging at its best. In fact, on our most recent trip, we received our “to go” lunch packets wrapped in banana leaves to take out into the field each day. But in most cities, this traditional, sustainable practice has been so extensively replaced with disposable plastic bags that it’s hard to remember how things used to be.

Such changes can be worrisome when it comes to eroding culture and creating environmental problems. However, sometimes quick changes can also be a pleasant, helpful surprise. When making our return trip down the mountain in Myanmar, we were amazed to encounter a newly constructed trashcan that had definitely not existed during our trip up the mountain the week prior. We took this as a hopeful sign that others are recognizing the blight that litter creates on an otherwise stunning landscape. The ultimate fate of the trash once it is hauled off the mountain is still an underlying issue (many people burn their trash, which poses its own concerns), but at least consolidating the garbage will help keep it from littering the mountainsides and waterways. While we carried our trash all the way off the mountain, we hope to see many more trashcans lining the trail if we are lucky enough to visit the region in the future. Trash is a problem that can quickly spiral out of control, but it can also be quickly brought back into line with a few shifts in behavior.