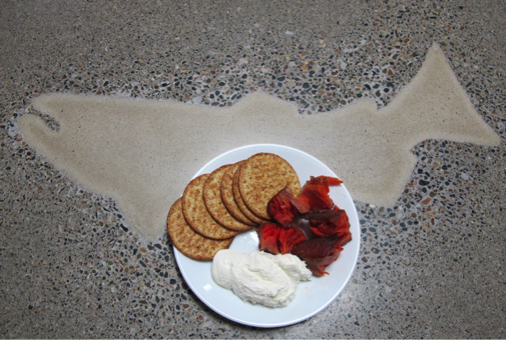 A recent treat at our offices has been freshly smoked Chinook salmon, typically provided by those of our own who’ve found the time to make it out to the ocean and get in on the hot salmon fishing this summer. In addition, a member of the Yurok Tribe recently shared a special variation of this favorite snack with us. 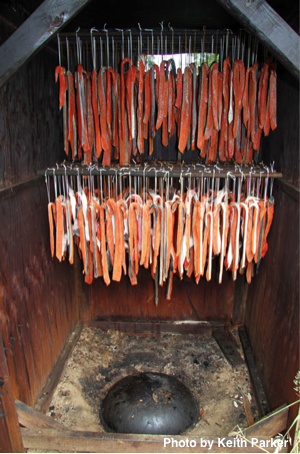 As a culture centered around the returns of salmon heading to spawn in the Klamath Basin, the Yurok have been intercepting salmon as they first enter freshwater at the Klamath River mouth since time immemorial. Traditional dug-out canoes made from splitting old growth redwood trees and elaborate fish weirs have since given way to jet boats and gill nets. However, salmon harvest continues to play a central role in the culture as a precious food and commercial commodity that also has great ceremonial value. Dating back just as far as salmon harvest is the practice of smoking salmon as a means to preserve and flavor this dietary staple—and we greatly appreciated getting a taste of this ancient art.

Though the bulk of the salmon harvest near the mouth of the mighty Klamath is attributed to the tribal fishery, the fishing grounds are shared with recreational anglers also looking for the opportunity to fill their smokers. Those who have visited know that on the narrow sandbar where the Klamath meets the ocean, prime fishing real estate is in high demand because fish from multiple salmon-bearing tributaries, such as the Trinity, Salmon, Scott, and Shasta rivers, are funneled through a narrow opening. Often a hectic scene during the peak of the salmon run, this is where tribal fishermen, recreational anglers, and sea lions converge for a chance at their share of nature’s tasty bounty. 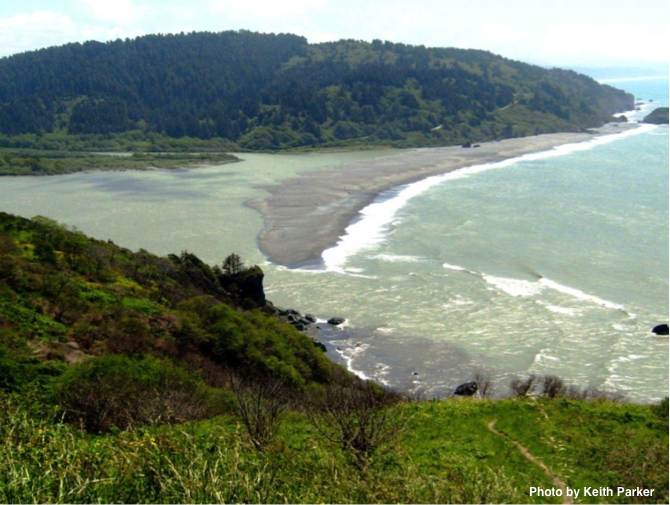