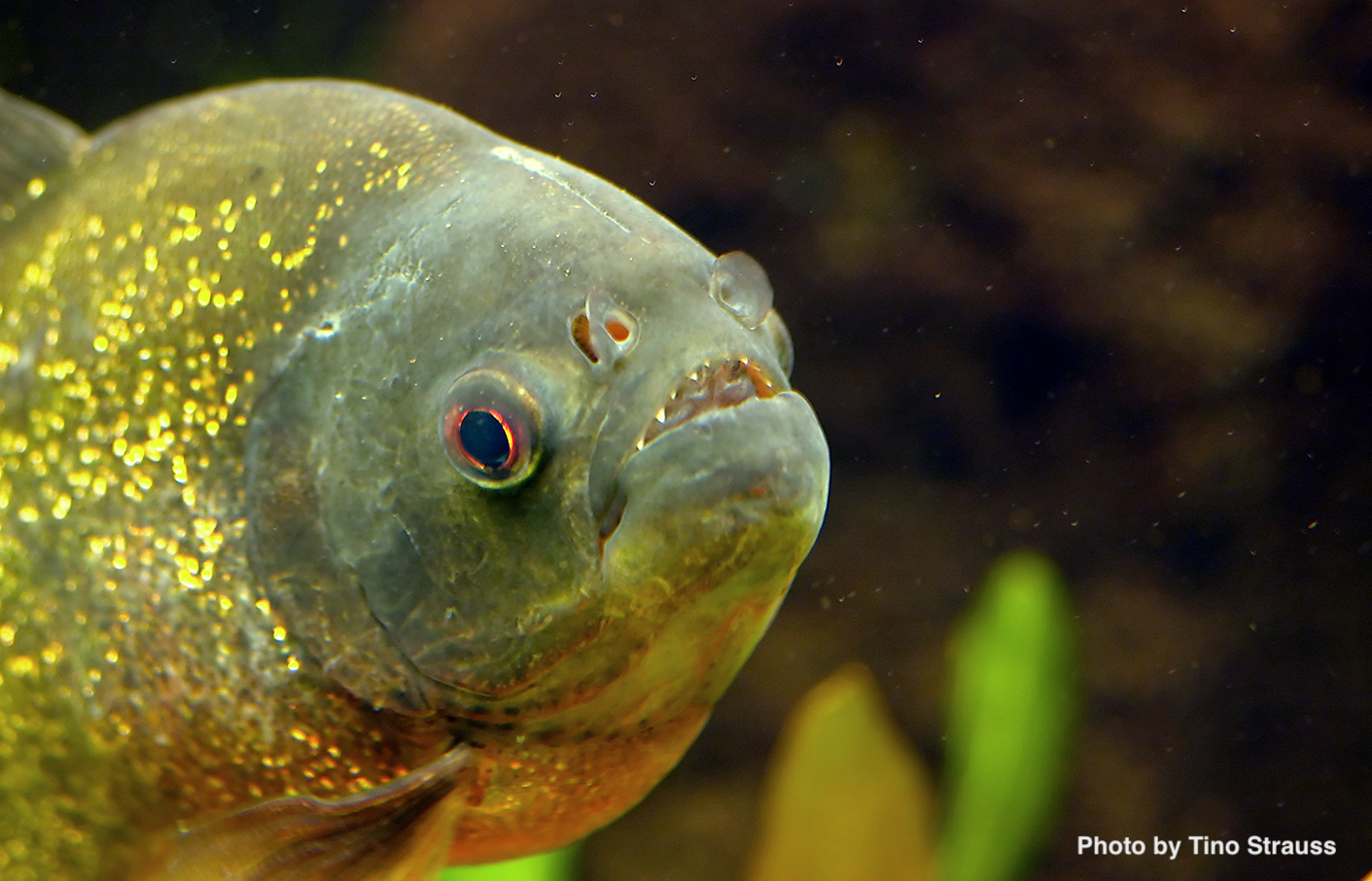 Few fish get a bad rap quite like the piranha. Their reputation as bloodthirsty dates back to at least 1913, when Theodore Roosevelt described them as “…the most ferocious fish in the world,” and “…the fish that eats men when it can get the chance.” Since then, their depictions in popular culture have terrorized summer filmgoers and undoubtedly made more than a few people think twice about going swimming in a river or lake. Of course, this negative image is largely undeserved. Although carnivorous with a fearsome set of teeth, piranhas are not known for preying upon humans. And as it turns out, their bark may actually be worse than their bite.

Scientists have long known that piranhas can produce sounds by contracting and relaxing the muscles of their swimbladder (the gas-filled organ that fish use to maintain buoyancy), and by clacking their famously sharp teeth together. These noises are often described as “barks,” although the sound is more similar to the 8-bit blips of a classic arcade game than the bark of a dog. Piranhas use these sounds to communicate with one another, but they may also reveal information to eavesdropping scientists. Recently, researchers from the United States and Canada collaborated on a study assessing the sounds from multiple types of piranha to see if these noises could help identify individuals to species.

The common name “piranha” actually applies to numerous members a very large, and very taxonomically confusing family of fish known as the Serrasalmidae (Latin for “serrated salmon”), which includes more than 90 species. Classifying individuals from this family can be quite challenging, so scientists have turned to the sounds they produce as a promising tool to identify species in the field or laboratory. Hydrophones, which are essentially underwater microphones, are commonly used to actively or passively track fish implanted with acoustic tags. However, they can also be used for passive acoustic monitoring,  which involves recording ambient sounds in the environment to detect the presence of different species, and is commonly used to study animals like birds, bats, amphibians, marine mammals, and even insects. It’s also a useful tool for detecting fish, particularly in habitats that are difficult to sample with traditional methods.

This recent study used passive acoustic monitoring to record piranhas in the Pacaya-Samiria National Reserve in Peru, where researchers caught four species of piranhas. The fish were “auditioned,” which involved gently holding them by hand underwater within 30 centimeters (about one foot) of a hydrophone to record the sounds they produced. Careful examination of the frequencies and cycle rate (the oscillating pattern within each bark) revealed differences among the species despite the high level of background noise in the river, suggesting this could be an effective method for field surveys. Notably, the researchers also discovered that larger individuals were less likely to produce sounds. They hypothesize that with further research, they may be able to detect important biological information about the age, sex, and physiological condition of an individual encoded in the sounds it produces. Although still in its early stages for fish, passive acoustic monitoring holds promise as a technique for identifying and studying the diversity of piranha or other sound-producing fish in challenging locales like the remote Amazon. Contrary to their murderous portrayal in film and television, it seems piranhas may just prefer quiet conversations with one another.