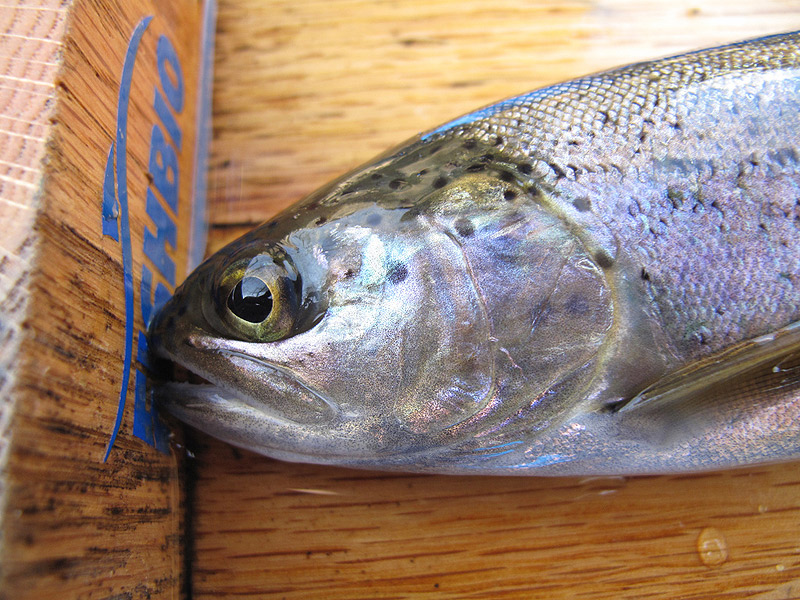 As we noted a couple weeks ago, the National Marine Fisheries Service (NMFS) recently published the final Southern California Steelhead Recovery Plan (Sticker Shock). However, NMFS has not yet released a final recovery plan for the California Central Valley Steelhead Distinct Population Segment (DPS), which is federally listed as threatened. A Draft Central Valley Recovery Plan covering winter-run and spring-run Chinook and Steelhead dates back to 2009. Central Valley Steelhead are believed to have occurred historically from the McCloud River and other northern Sacramento River tributaries down to the Kings River in the southern San Joaquin Valley, but 95 percent (NOAA) of historical spawning habitat is now inaccessible due to dams. 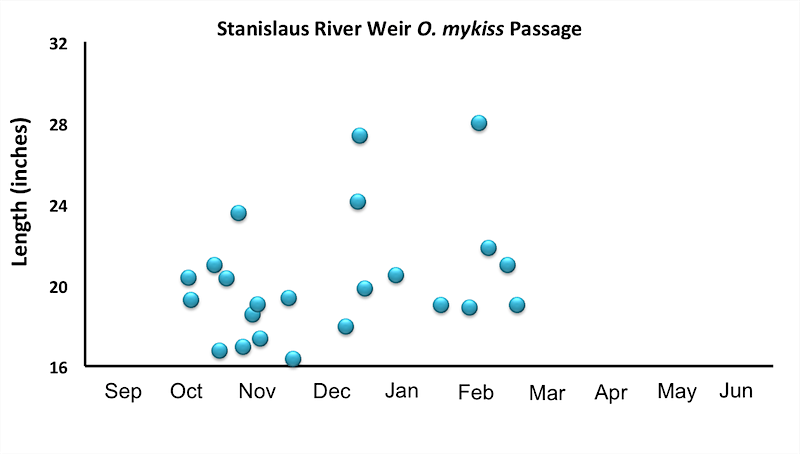 One of the more difficult issues in establishing recovery goals is enumerating the population of naturally spawning adult steelhead, since they are iteroparous (i.e, don’t necessarily die after spawning) and their upstream migration predominately occurs during the winter and spring when river flows are highest and underwater visibility is poor. Escapement (carcass) surveys, which are widely used to estimate salmon abundance, are ineffective for steelhead. The best method for counting steelhead is at a fish passage structure like a dam or weir. Red Bluff Diversion Dam (RBDD) fish ladder once provided a count of steelhead spawner escapement in the Upper Sacramento River, but since 1994 changes to dam operations to accommodate winter-run migration has eliminated the ability to generate these run-size estimates. There are currently few adult steelhead monitoring programs in California, and the programs are not standardized and lack statistical power (Eilers 2008). Current monitoring efforts include angler surveys, steelhead report cards, snorkel surveys, red surveys, and counts from traps, videos, Vaki Riverwatchers and hatchery returns. Returning steelhead are rare in the San Joaquin River and its tributaries, as evident in the Stanislaus River weir passage graph above. The weir on the Stanislaus River has counted only 23 steelhead (i.e., O. mykiss longer than 16 inches) during escapement monitoring from 2003 to 2011 (no spring monitoring occurred in 2006 and 2008). The California Department of Fish and Game (CDFG) and Pacific States Marine Fisheries Commission (PSMFC) identified actions in their 2010 report that are needed to fill knowledge gaps and collect baseline information on population abundance and distribution for the recovery of California Central Valley steelhead. Within the San Joaquin basin, we are using fish counting weirs to monitor the adult spawning migration, snorkel surveys to estimate the resident population size, and rotary screw traps for juvenile outmigration monitoring.