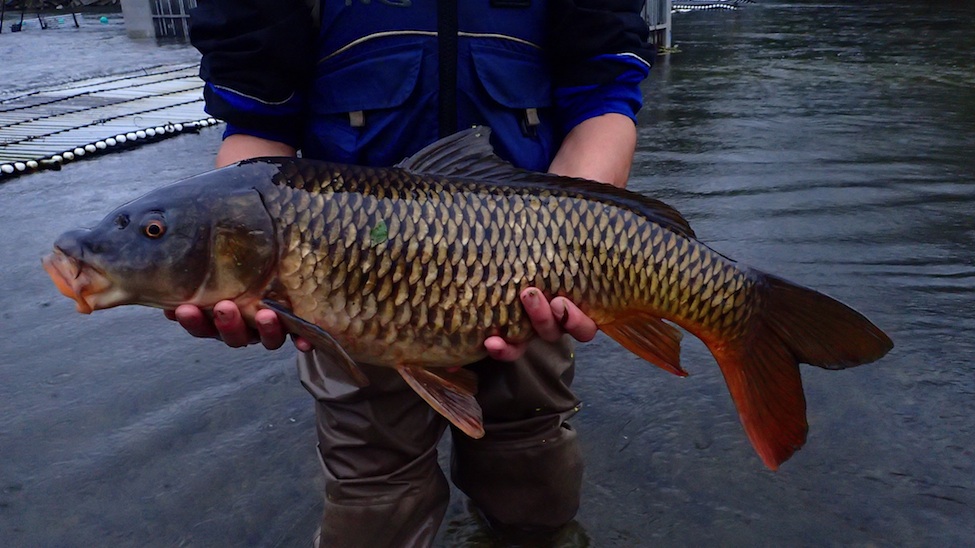 Australia’s carp will soon have herpes; at least, that’s the plan. Last month, the Australian government pushed forward to implement The National Carp Control Plan, a $15-million-dollar eradication program that plans to unleash a virus into the country’s carp-infested rivers. The plan’s silver bullet is the pathogen Cyprinid herpesvirus (CyH3-V), a strain of herpes virus that was originally discovered on ornamental koi carp in the 1990s. The virus mainly attacks the kidneys, skin, and gills of the fish, usually resulting in death within 24 hours. Since the common carp’s introduction into Australia, the omnivorous fish has taken over many of the country’s waterways. In the most severe case, the common carp accounts for 90 percent of the fish biomass in the Murry-Darling Basin. These carp pose a huge problem for Australia’s native fauna because their destructive feeding habits muddy up and degrade the quality of the water. As a result, Australia’s Minister for Agriculture and Water Resources has recently decided that releasing a killer virus is Australia’s only hope for saving the country’s deteriorated rivers.

However, biological control tactics do not come without risk. Some are wary of the government’s carp-ediem mindset, with the concern that the plan may do more damage than good by affecting other species. For the past eight years, scientists from the Commonwealth Scientific and Industrial Research Organization have been testing the herpes virus on native fishes, birds, reptiles, and mammals. Their tests indicate that the virus only attacks the invasive carp species, and because of its complexity, the scientists are not worried about the virus mutating to infect new hosts. Biological control is nothing new for Australia; back in 1995, government researchers accidently released a strain of deadly rabbit-killing virus, when flies transported it out of the research facility. The virus proved to be extremely successful in reducing the country’s rabbit epidemic, and it was officially released shortly after. The carp eradication plan hopes to take out 90 percent of Australia’s carp population in three years, and may be implemented as soon as 2018. With common carp posing a world-wide nuisance, other countries will surely be taking note.