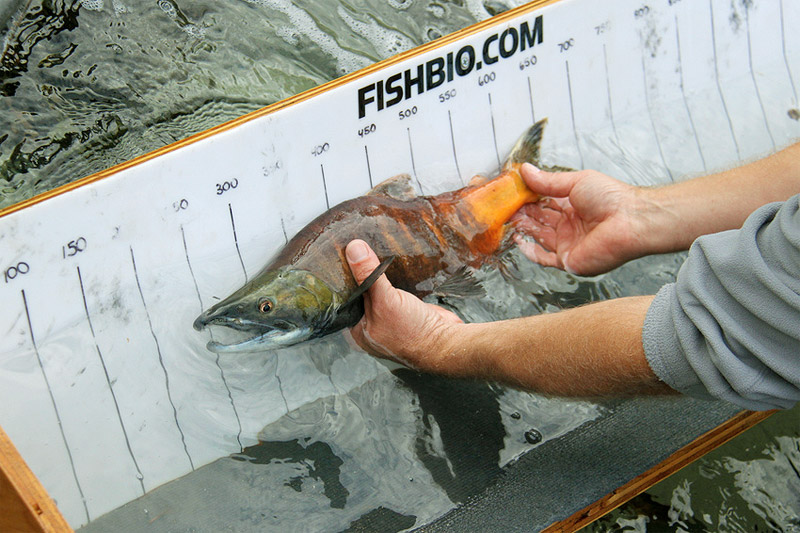 Well, it happened again. Last year we observed three sockeye/kokanee salmon (Oncorhynchus nerka see post Kokan-eye?) attempting to spawn in the lower Stanislaus River and recently we captured this small individual (425mm/17inches) in a Stanislaus River fish trap. Kokanee (freshwater O. nerka) and sockeye (anadromous O. nerka) are not considered typical native species in California, but it’s difficult to mistake the festive, bright spawning coloration of an O. nerka for any other salmonid species. In the ocean, sockeye are often called “bluebacks” because of their bluish backs, but adults ready to spawn typically turn bright red with a green head. Given its size, this small male is most likely a kokanee that passed through the upstream dams as a juvenile or was transplanted by a fisherman to the lower river. It’s always exciting to find something unexpected when we’re out doing routine fieldwork.