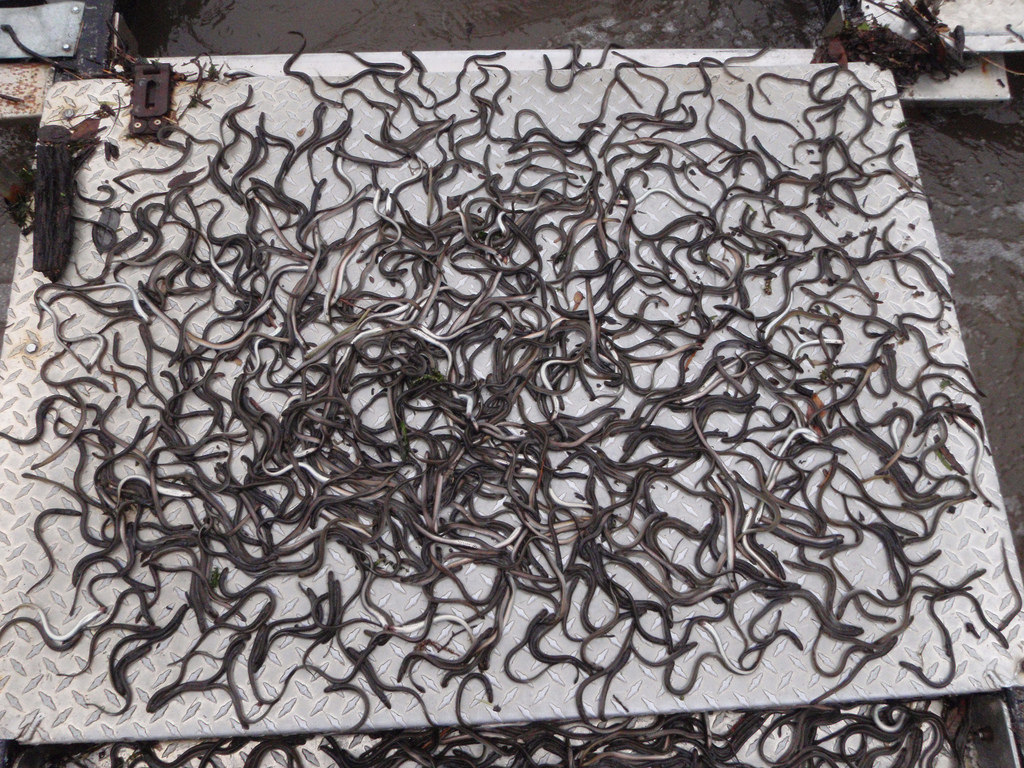 Juvenile Pacific lampreys, like the ones pictured above, endure a transition from immaturity to adulthood as equally awkward and trying as that of teen-aged humans. After spending up to seven years burrowed in the riverbed feeding on algae, they begin to undergo a physical metamorphosis that transforms their eyeless, infant body into a 25-inch-long, multi-fanged, bloodsucking creature. This is also when they leave the comfort of the only home they’ve known to venture downstream to the ocean, where they may travel to depths of 2,600 feet. Lamprey migrations, both up- and downstream, occur en masse. Immature Pacific lamprey, called ammocoetes, emerge from the sediment together, usually between December and June, when higher flows help to wash them downstream. 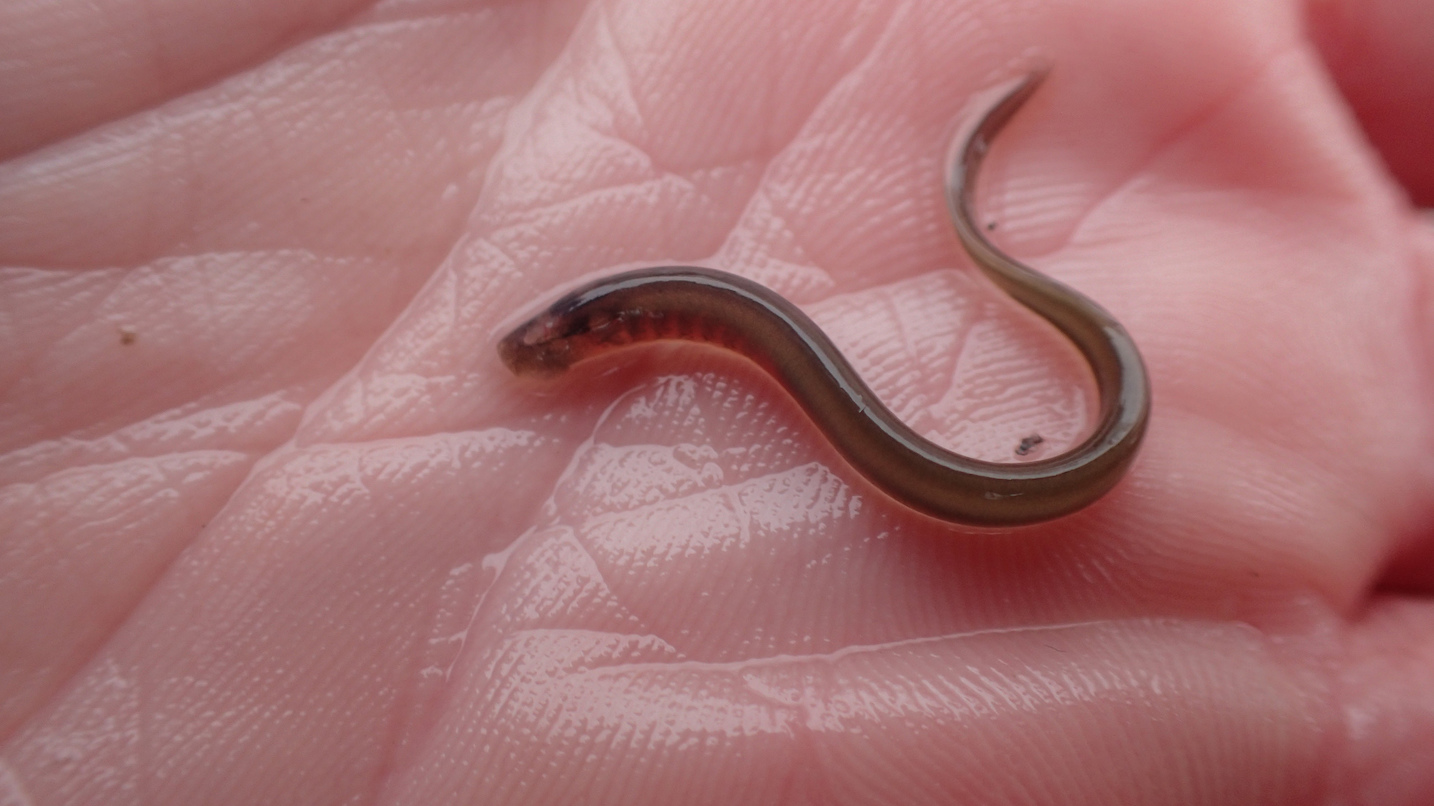 While sampling juvenile Chinook salmon, we sometimes capture up to several thousand ammocoetes and juvenile lampreys in a single day. We also occasionally capture large adult lampreys. If juveniles survive the perilous journey to the sea, they return upstream to spawn after one to three years. Adult Pacific lamprey all make the journey upstream together, typically between February through June, swamping rivers up and down the Pacific coasts in a wriggling mob that pulsates upstream each night under the cover of darkness. They climb as far as they can upriver, latching onto rocks with their oral disc to fight against the current. Adults spend a year in the river before they find a suitable riffle where they can construct a nest in the gravel, called a redd, in which to deposit their eggs. 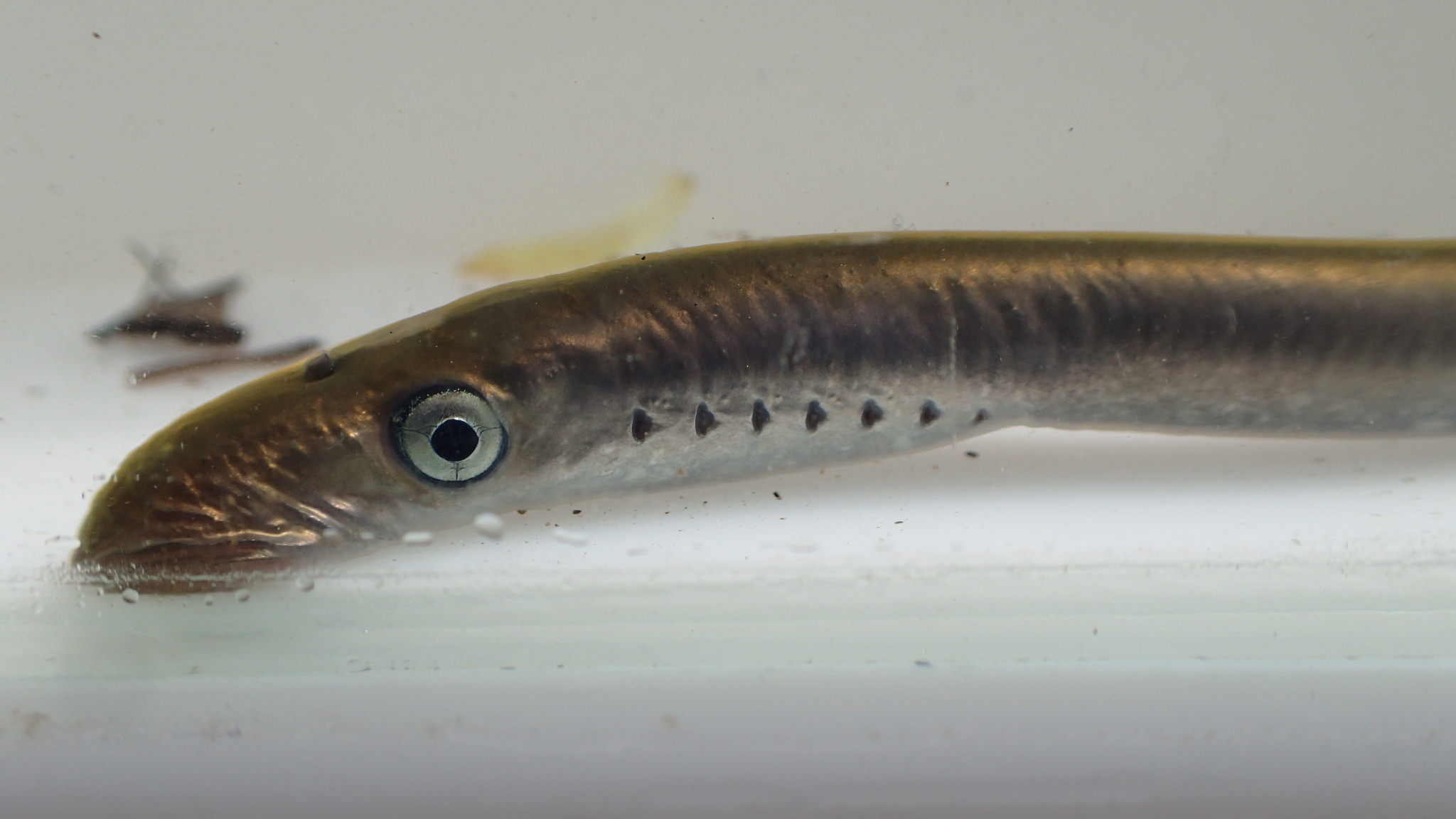 Pacific lamprey are not the only species of lamprey that lives on the western coast of the United States. There are several other species here, each with slightly different habitat requirements and life-history schedule, but they all undergo the same dramatic adolescent metamorphosis. The western brook lamprey (Lampetra richarsoni) spends its whole life in the river, while others, like the western river lamprey (Lampetra ayresii), make an expedited trip to the ocean and back. Because these two species don’t benefit as much from the abundance of food and nutrients in the ocean, they never reach the same size as adult Pacific lamprey. However, differentiation of the three species as ammocoetes and juveniles is immensely challenging to the untrained eye. 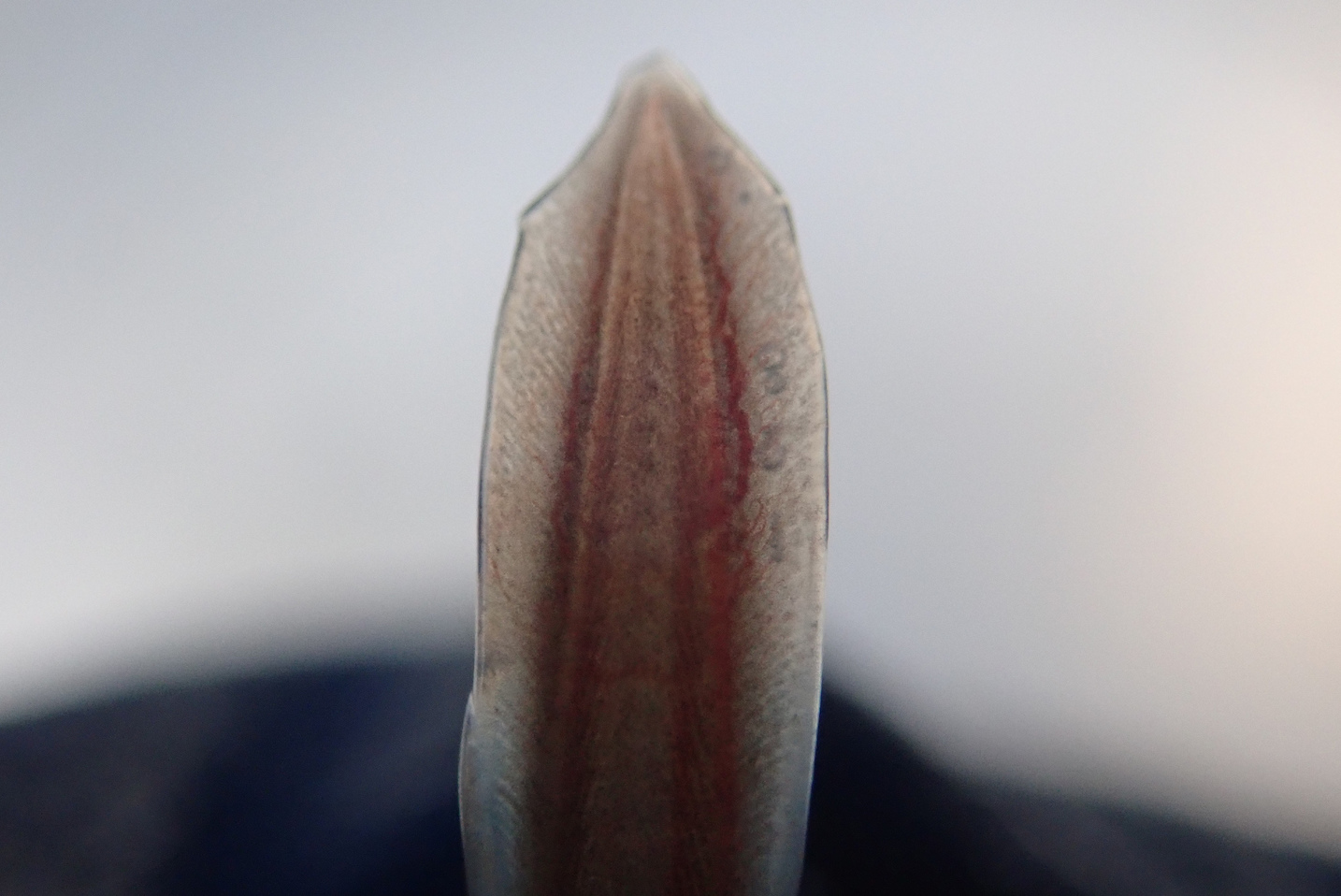 The fact that they are difficult to identify, along their with inconspicuous and elusive nature, makes knowledge of lamprey species sparse and studies of them infrequent. However, lamprey populations in some rivers have been decimated in recent decades due to dam construction, water quality impacts, habitat degradation and declines of prey species, such as salmon. As lampreys become scarcer, concerted efforts have been made to learn more about them. FISHBIO has become involved in some lamprey projects in recent years. We conducted training for field staff so that they can identify lamprey in the field and also learned how to collect genetic samples. The photograph above of a lamprey tail fin was not simply aimed at artistic expression, it was used to help identify this juvenile to the species level. The image shows linear pigmentation on the tail rather than blotchy spots, so that means that this individual is a Pacific lamprey. Hopefully, increased attention to these animals will help resource managers be better able to improve their situation in the future.