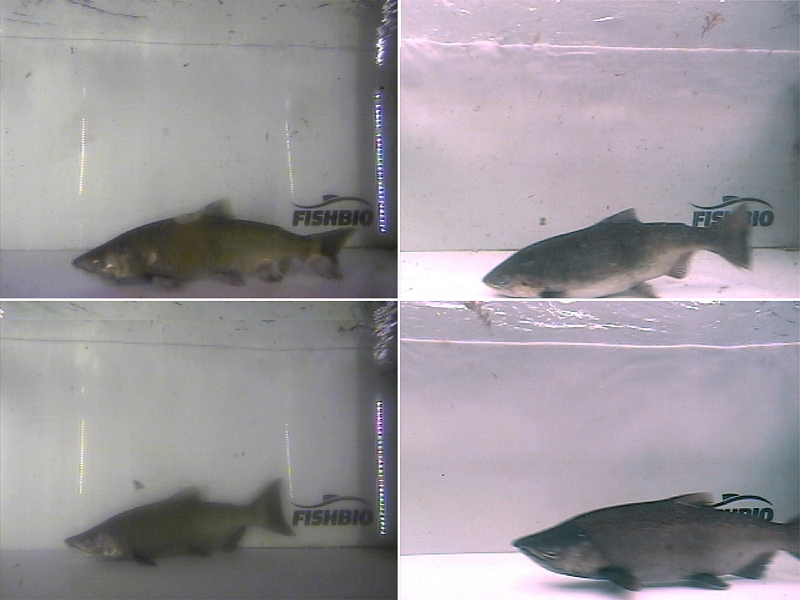 The Constant Fractional Marking/Tagging Program (CFM) for Central Valley fall-run Chinook salmon began in 2007 as a result of a 2004 CALFED Ecosystem Restoration Program (ERP) funded study. The study recognized the need for a statistically valid method to evaluate the relative contribution of hatchery production to the overall population. Prior to 2007, relatively few of the juvenile hatchery fish were marked and the marking rates were inconsistent. Results of modeling during the planning phase of the program indicated that the optimal marking rate for the Central Valley CFM program was 25% of the fall-run Chinook production releases. Primed to begin the 7th year of CFM, the percent of marked hatchery fish should now be consistent for returning fish of all age classes, as indicated in the table below. 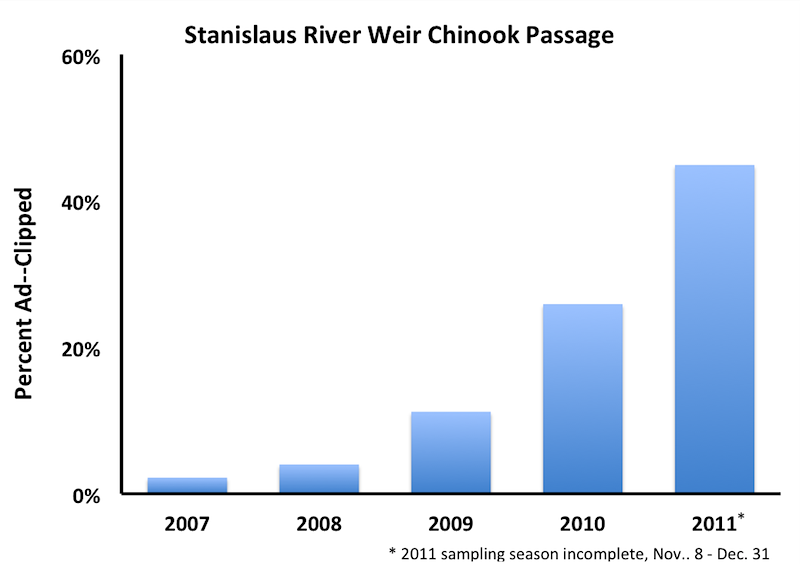 Escapement monitoring at a weir on the Stanislaus River, a tributary to the San Joaquin River, has documented an increase in ad-clipped salmon. Although the hatchery marking rate for the entire Central Valley has remained fairly constant (24.99% – 31.86%) since the CFM Program initiated, the same can not be said for the San Joaquin Basin. Both hatcheries in the San Joaquin Basin produce fall-run Chinook salmon, the Merced River Hatchery, which produces approximately 1 million smolts annually, and the larger Mokelumne River Hatchery, which produces up to 6 million smolts annually. The Merced River Hatchery continues to mark 100% of their fish, as they had done before the CFM Program. However, the Mokelumne River Hatchery has not maintained a constant fractional marking rate. In 2007, 2008 & 2011 approximately 25% of smolts were marked, but in 2009 & 2010 fewer fish were produced and 100% of smolts were marked. This has led to a different marking rate for the San Joaquin and Sacramento basins, which complicates the analysis of hatchery contributions. Perhaps the American Fisheries Society Policy Statement supporting total (100%) marking of all California hatchery produced fall-run Chinook salmon is a better strategy.