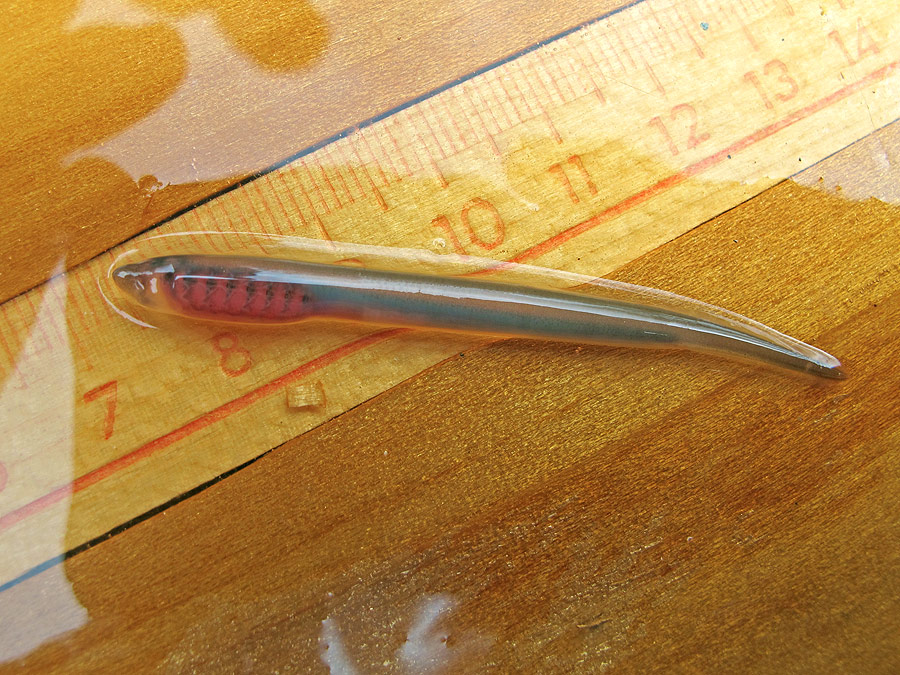 Judging from its physical appearance, it is likely that this Pacific lamprey (Lampetra tridentata) larvae (ammocoete) was prematurely washed from its sandy dwelling during recent high flows. Lamprey spend the majority of their lives in the ammocoete life-stage, lasting from 5-7 years, whereas, they only live 6-19 months as adults (McGinnis 2006). Pacific lamprey metamorphosis typically begins in the summer and is complete by winter, when the lamprey emigrate downstream to the ocean where they will mature into adults (USFWS 2008). We catch thousands of outmigrating lamprey in our rotary screw traps during the first high flow event each winter as shown in the graph below of 2010 Oakdale rotary screw traping in the Stanislaus River. 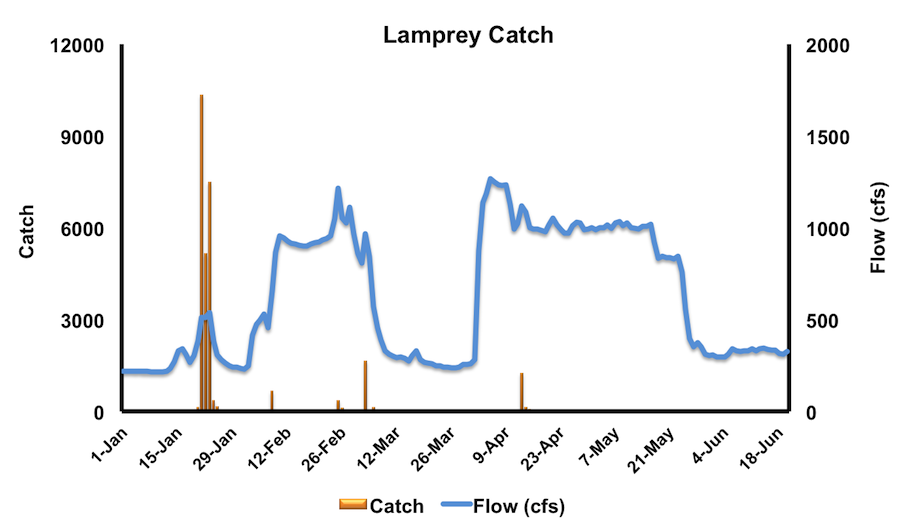 They are often referred to as the “first fishes,” since they are evolutionarily ancient, and have been well studied by evolutionary biologists (McGinnis 2006). In this photo the pharynx, with its seven visceral pouches, is visible. As ammocoetes, they pump water in and out of their mouths for both filter feeding and respiration. During metamorphosis, the lumen of the pharynx separates from the lumen of the gut and external gill slits develop. In adulthood lamprey are predators, thus their mouths are predominantly used as an attachment to their prey and cannot be used for respiration (Fox 2006).