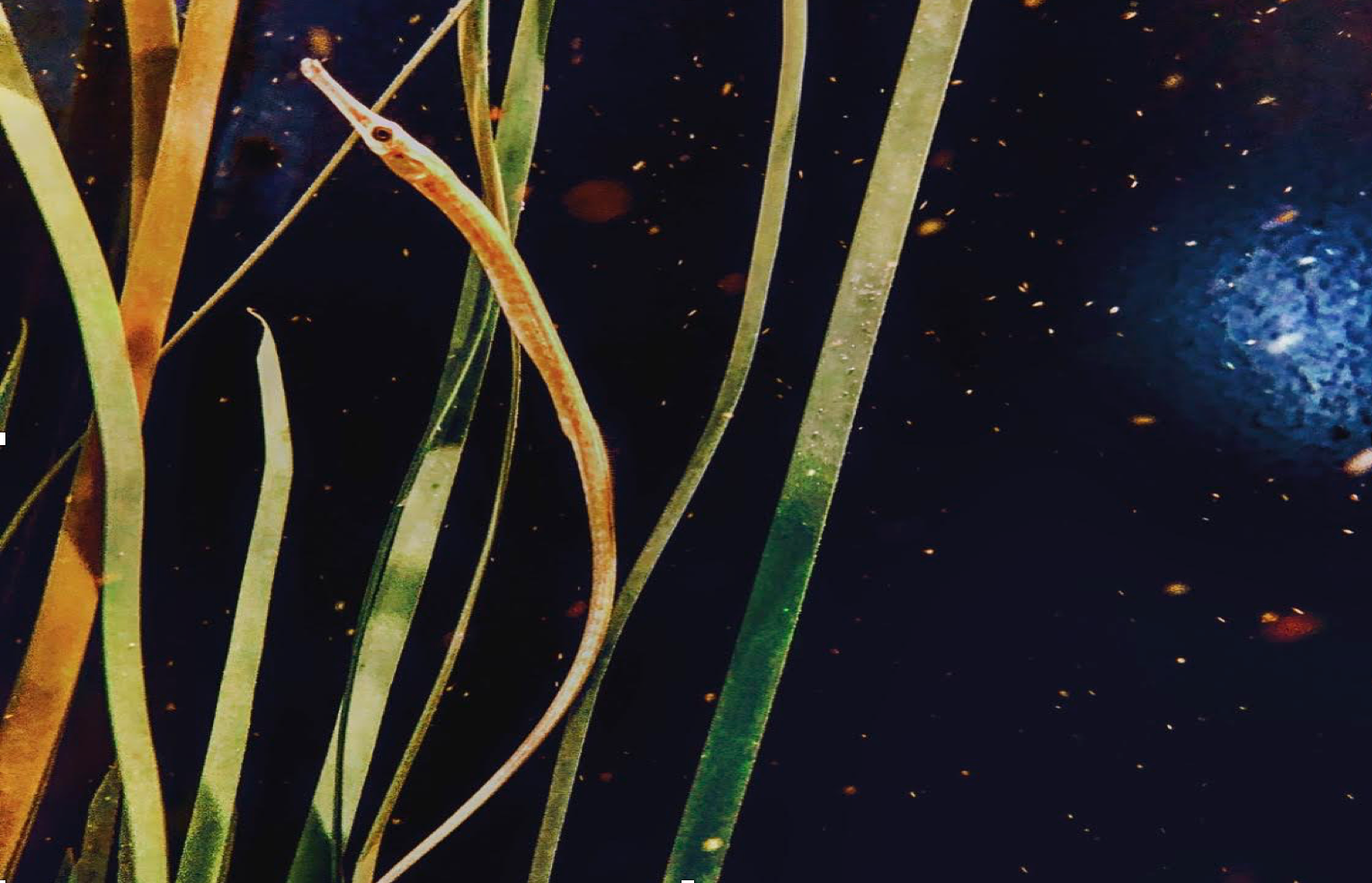 The pipefish is a skinny marine fish named after the thin pipes men used to smoke in the mid-1700s. But what makes these members of the family Syngnathidae truly remarkable, like their cousins the seahorses, is that the males give birth. Male pipefish have brood pouches that female pipefish can fill with up to 225 eggs. Then the pregnant males will carry the eggs until they hatch and give birth to live young in approximately two weeks.

There are about 200 species of pipefish around the world, including the bay pipefish (Syngnathus leptorhynchus) found on the Pacific Coast, shown in the photo above. Bay pipefish tend to be greenish color, which, matched with their slender bodies, helps them look like eelgrass to mimic the environment they live in. Their body structure includes bonelike rings instead of the usual joints and scales found in most other fish. This toothless fish eats by approaching within an inch of its prey, which include copepods, mysid shrimp, and brine shrimp, and sucking the food into its tube-like mouth. Pipefish use their heads to navigate their bodies through the water, with their tiny fins barely visible and moving rapidly to help the fish swim.

Pipefish are popular among some cultures for medicinal purposes, which can contribute to overfishing. Other threats to these species around the world include sale for the aquarium trade and fishing methods such as trawls and dredges, in which pipefish are susceptible to being accidentally caught as “bycatch.” While some nations have laws to protect these species (Slovenia protects all syngnathids from exploitation, while France restricts their import), these trade restrictions do little to improve the risk of bycatch and habitat destruction from trawling and digging. More research is needed on these interesting fishes to take steps to further protect their habitats around the world.

This post was written by Sarkis Kasparian for an internship with FISHBIO through the UC Santa Cruz Environmental Studies Department.