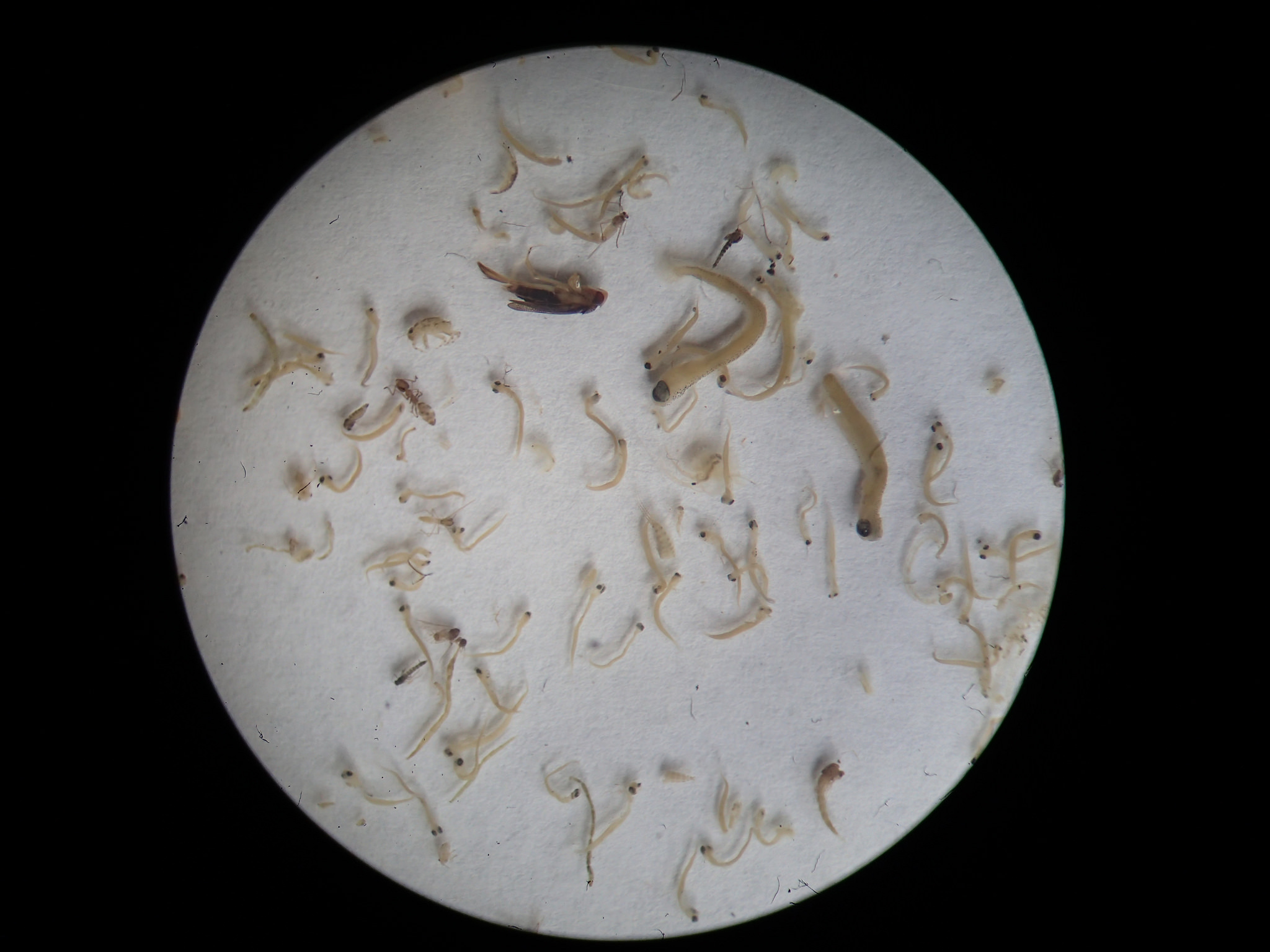 We’ve frequently observed that juvenile Chinook salmon are a popular menu item for a number of introduced predatory fish, such as striped bass and largemouth bass. However, it is often forgotten that juvenile salmon in the Central Valley also act as predators themselves, by preying on other fishes. It seems intuitive that a young Chinook trying to feed and grow wouldn’t turn down the chance to feast on other fishes even smaller than itself. Fish larvae can provide a protein-packed dining option when they become seasonally abundant in many river habitats. Such a boom in fish larvae can be seen in the microscope view of a springtime drift net sample from a Central Valley stream shown above.

These larvae are typically native cyprinids (minnows) and catostomids (suckers), which reproduce in the early spring. It was once thought that these native fishes compete with anadromous salmonids for food and habitat, and resource managers who sought to improve salmon runs have gone as far as poisoning sections of stream to reduce such potential competition. In the case of Big Chico Creek, where such a chemical treatment occurred nearly three decades ago, native fish abundances have yet to return to pre-treatment levels (Maslin 1996). There is little or no evidence that reducing the abundance of non-salmonid native fish actually provides significantly more food for rearing salmon, and it is now generally accepted that competition from these other native fishes is not a serious threat to salmonid populations. On the contrary, it seems that these fishy morsels are readily gobbled up by juvenile Chinook when they’re available, and therefore co-occurring native fishes appear to contribute to salmon growth, rather than impair it. 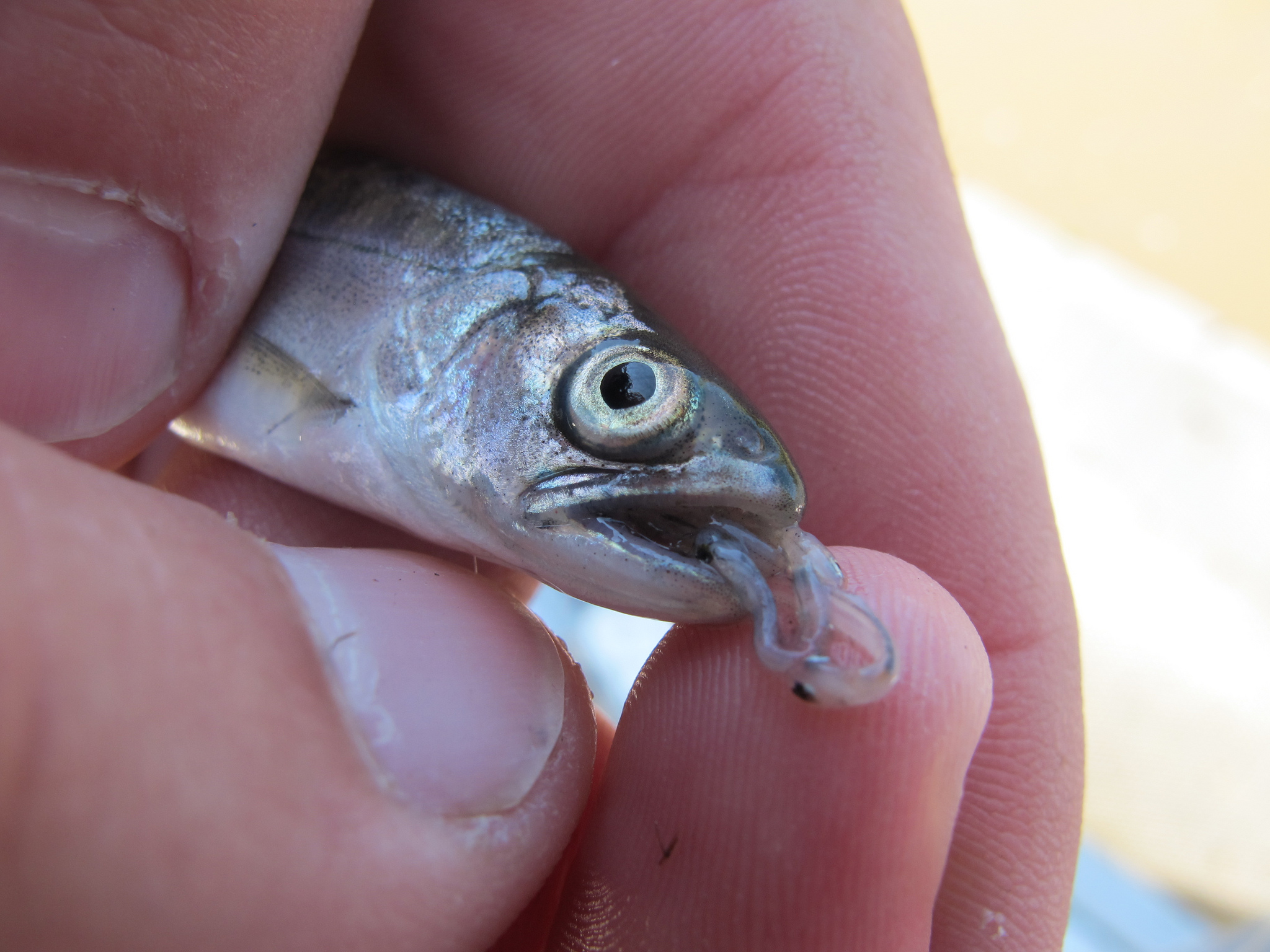