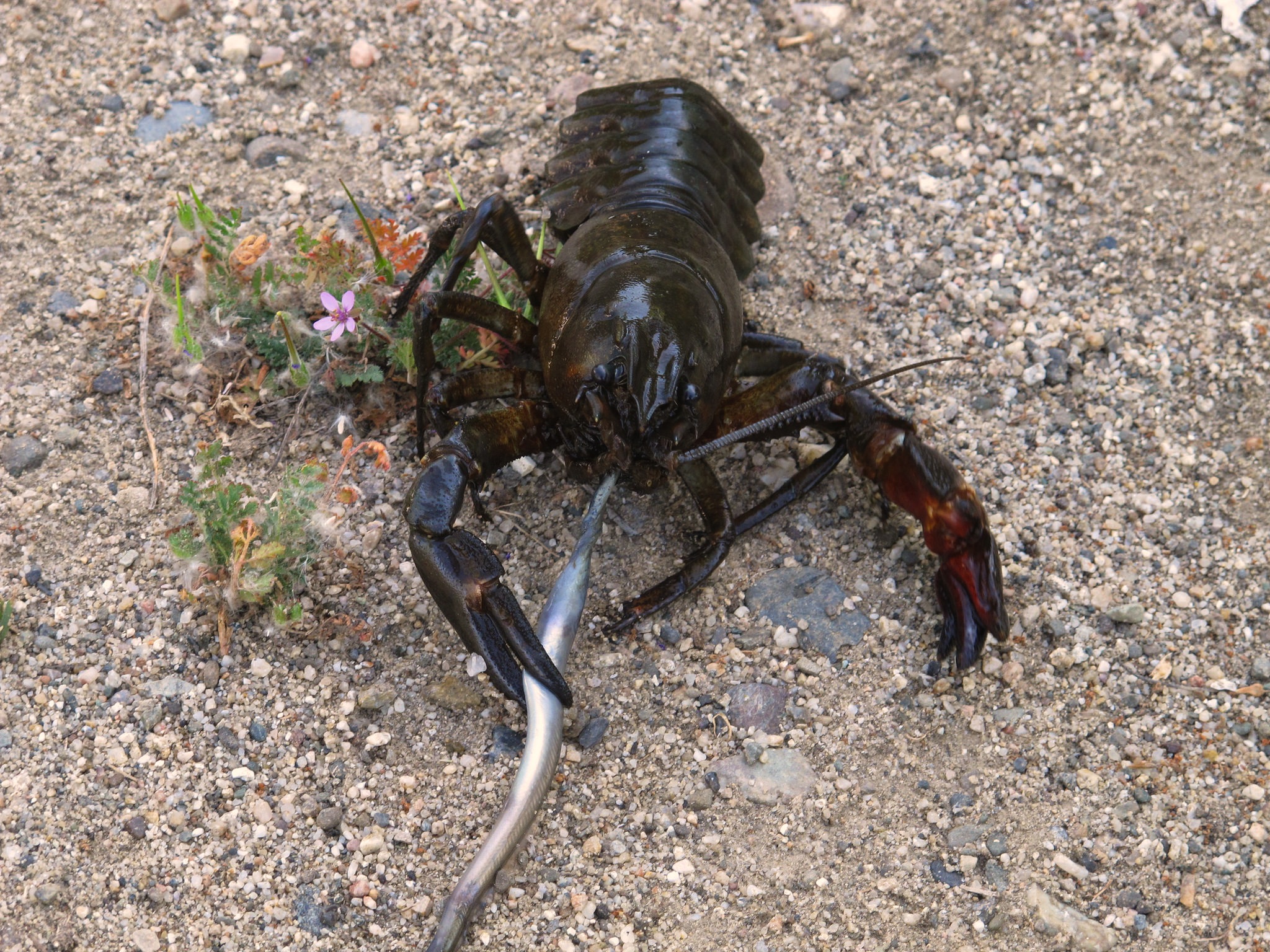 Pacific lampreys (Lampetra tridentata) are a species with a prolonged infancy. They begin their life cycle in freshwater as blind, worm-like larvae called ammocoetes, and remain in this form for as long as 3–7 years, buried in the sandy river bottom. The young lampreys eventually emerge and transform into juveniles called macropthalmia, with eyes and teeth, and begin a long migration to the ocean where they develop into parasitic adults. However, this journey to maturity ended abruptly for the unlucky lamprey shown here, which had the misfortune to tangle with a crayfish. We came across this signal crayfish (Pacifastacus leniusculus) in the process of devouring a lamprey snack head first on the Nacimiento River. 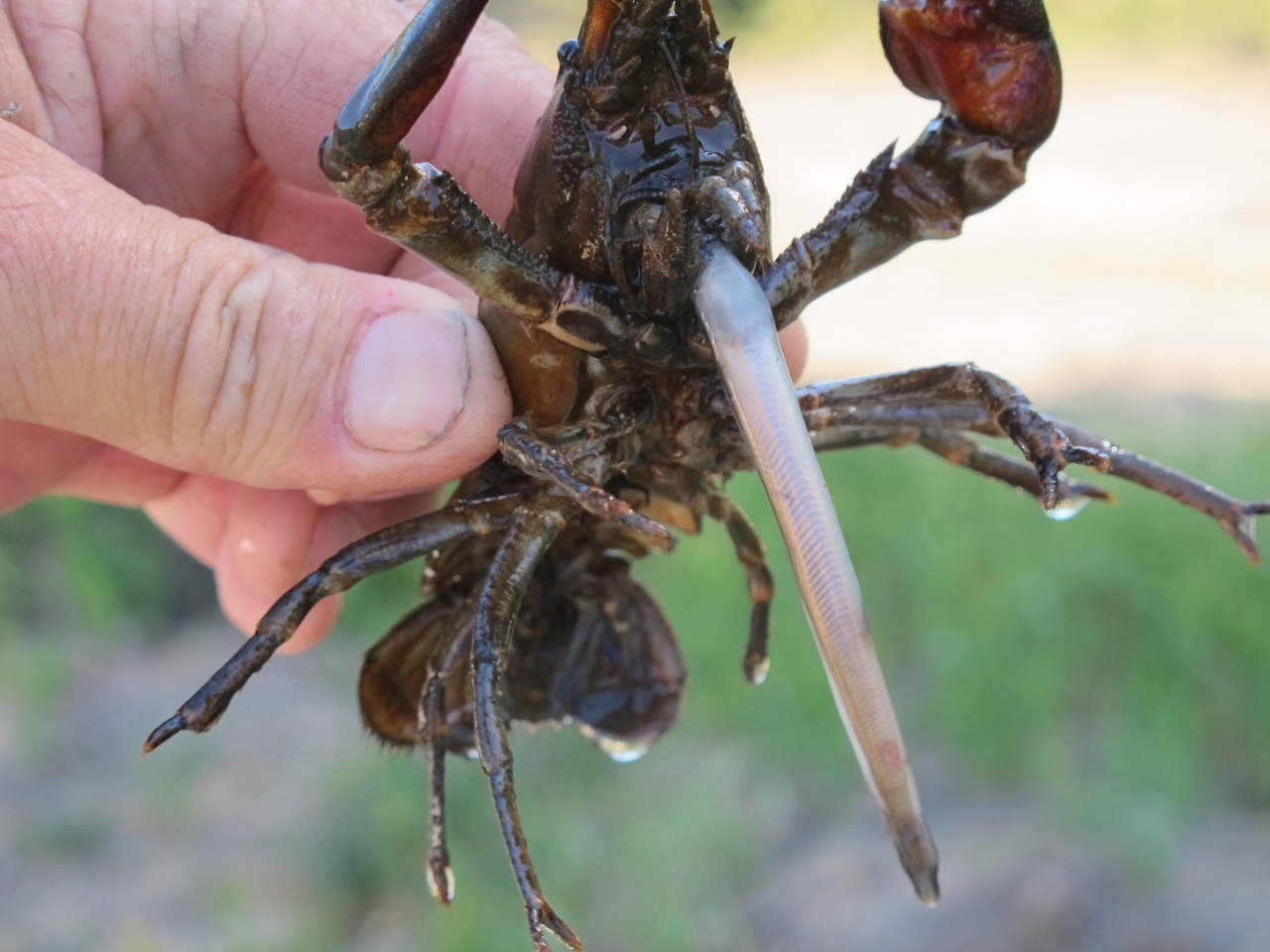 Introduced crayfish like the signal crayfish and red swamp crayfish (Procambarus clarkii) are thriving in California thanks to introductions as fishing bait and aquaculture species. Described by one writer as “hell on small fish,” these aggressive crayfish are omnivores, eating everything from plants and insects to snails and fishes. This photo is a prime example of how introduced species can alter their novel environments by preying on native species. Lampreys already face many threats, from habitat loss and fragmentation, to poor water quality. They are also an important food source for a host of native bird and mammal species. However, getting slurped up by a non-native introduced species like this one just adds insult to injury.