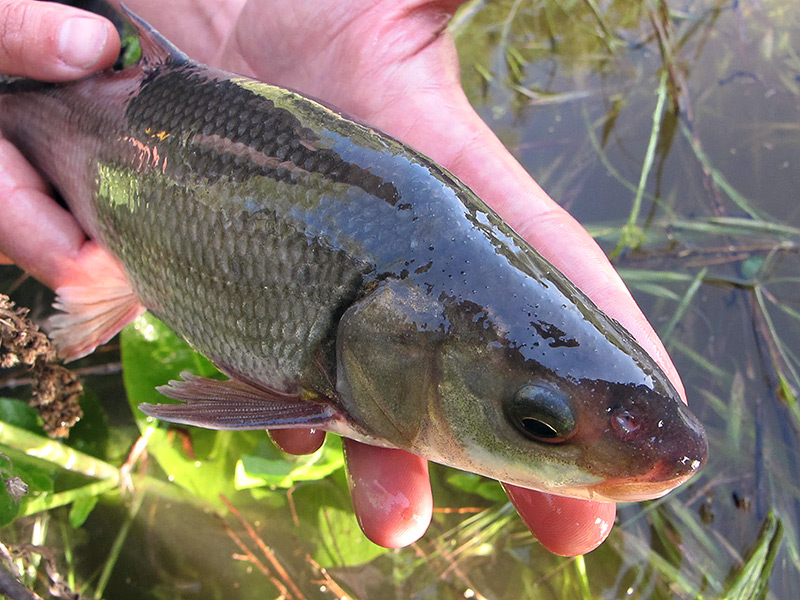 What’s with the bumps? Today’s Flashback Friday gets up close and personal with the Sacramento splittail.

At first glance, the little raised dots on the head of this Sacramento splittail might resemble small pimples, but they are actually structures called nuptial tubercles: small, raised, and sometimes hardened bumps of skin. In many species, males develop these adornments during the reproductive season, often accompanied by brightened colors in their body and fins. Induced largely by hormonal changes, the appearance of the tubercles is clearly associated with reproduction, yet the exact role of these structures remains largely unclear.

Some potential purposes include facilitating contact between individuals during breeding, providing tactile stimulation during reproduction, or being used as displays of dominance among males (e.g. Wendekind et al. 2008). Furthermore, some research suggests the amount and size of the tubercles may be an indicator of the individual’s condition and parasite load (Wendekind 1992, Taskinen and Kortet 2002, Kortet and Taskinen 2004). While no one has investigated whether this is the case for the Sacramento splittail, at least in some species a plethora of pimples signals maturity and health to available ladies. 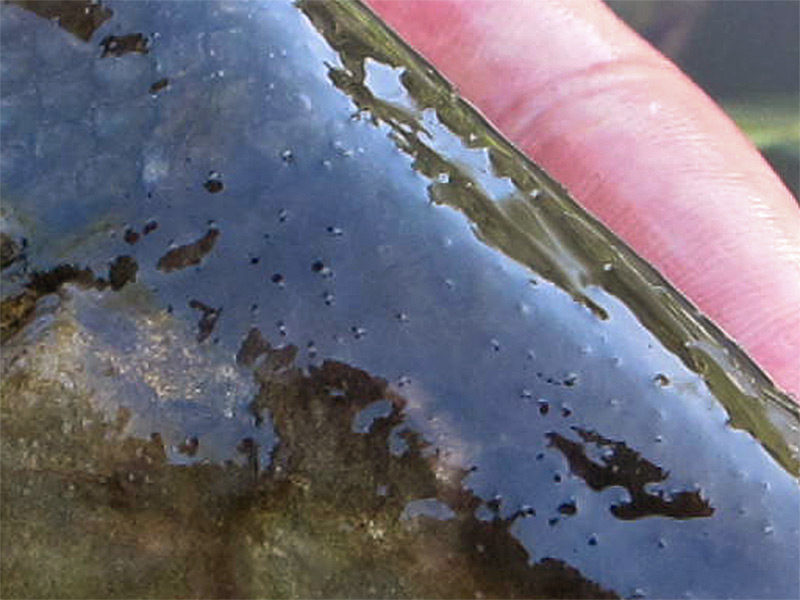