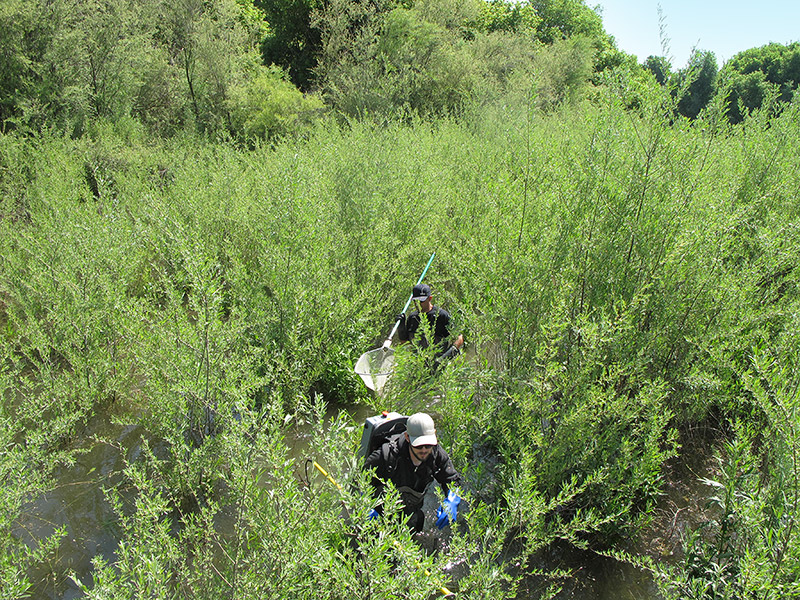 In today’s Flashback Friday, we go deep into the bushes in search of the Sacramento splittail.

Sometimes the riverine habitat we work in doesn’t even resemble a river – at least not at first glace. A good example is when we sample seasonally flooded off-channel habitat, which is a rare to find in the extensively leveed San Joaquin basin, especially in dry years. In the lower reaches of rivers flowing into the Sacramento-San Joaquin Delta, one species in particular takes advantage of these plant-filled areas: the Sacramento splittail. Its scientific name, Pogonichthys macrolepidotus, means “bearded fish with large scales,” in reference to its two short barbels. This fish uses seasonally inundated, shallow-water areas with dense vegetation for spawning and rearing. Found only in the Sacramento-San Joaquin Valley, this true California native has proven remarkably resilient in a number of ways. Although listed as threatened under the Endangered Species Act by the U.S. Fish and Wildlife Service in 1999, the splittail’s listing was remanded four years later after record numbers of juvenile fish were documented – a first for an extant fish. 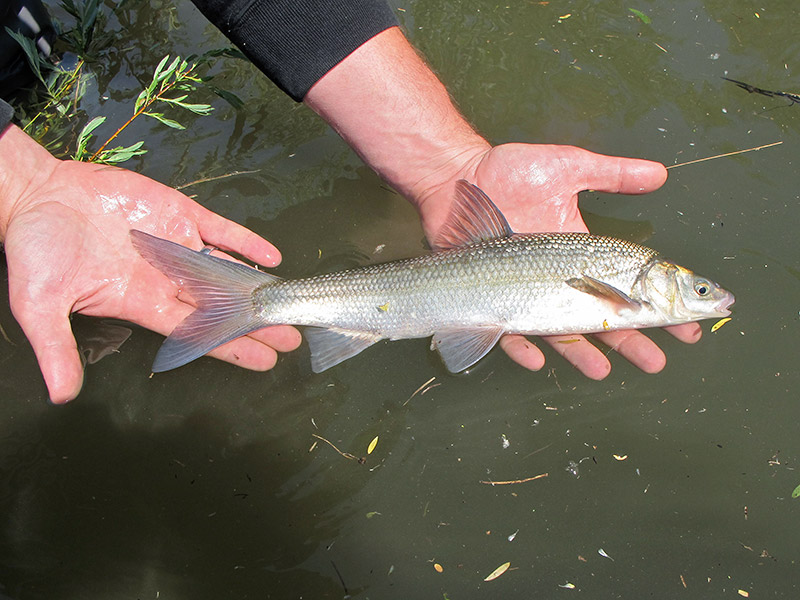 Most splittail spend a large part of the year in areas of moderate salinity (0-10‰) in the Delta, but have been documented to survive salinities of up to 29 ppm for short periods (Young and Cech 1996). Adapted to prosper in environments that are inhospitable to other native species, these fish can survive oxygen levels of less than 1 milligram per liter and water temperatures of well over 80° F (Young and Cech 1996). Such hardiness helps adult splittail and their offspring take advantage of the seasonal plethora of food in habitats where shallow water rapidly heats up during the spring months, and accumulations of decomposing organic matter can reduce the available oxygen. As a result, splittail are frequently the most abundant fishes found in such seasonal thickets—and presumably they’re much better at navigating this dense habitat than biologists. 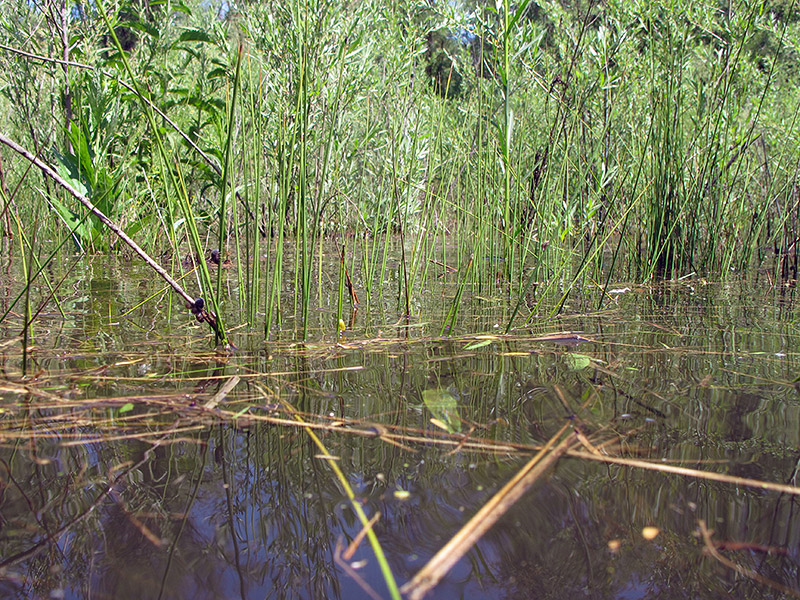