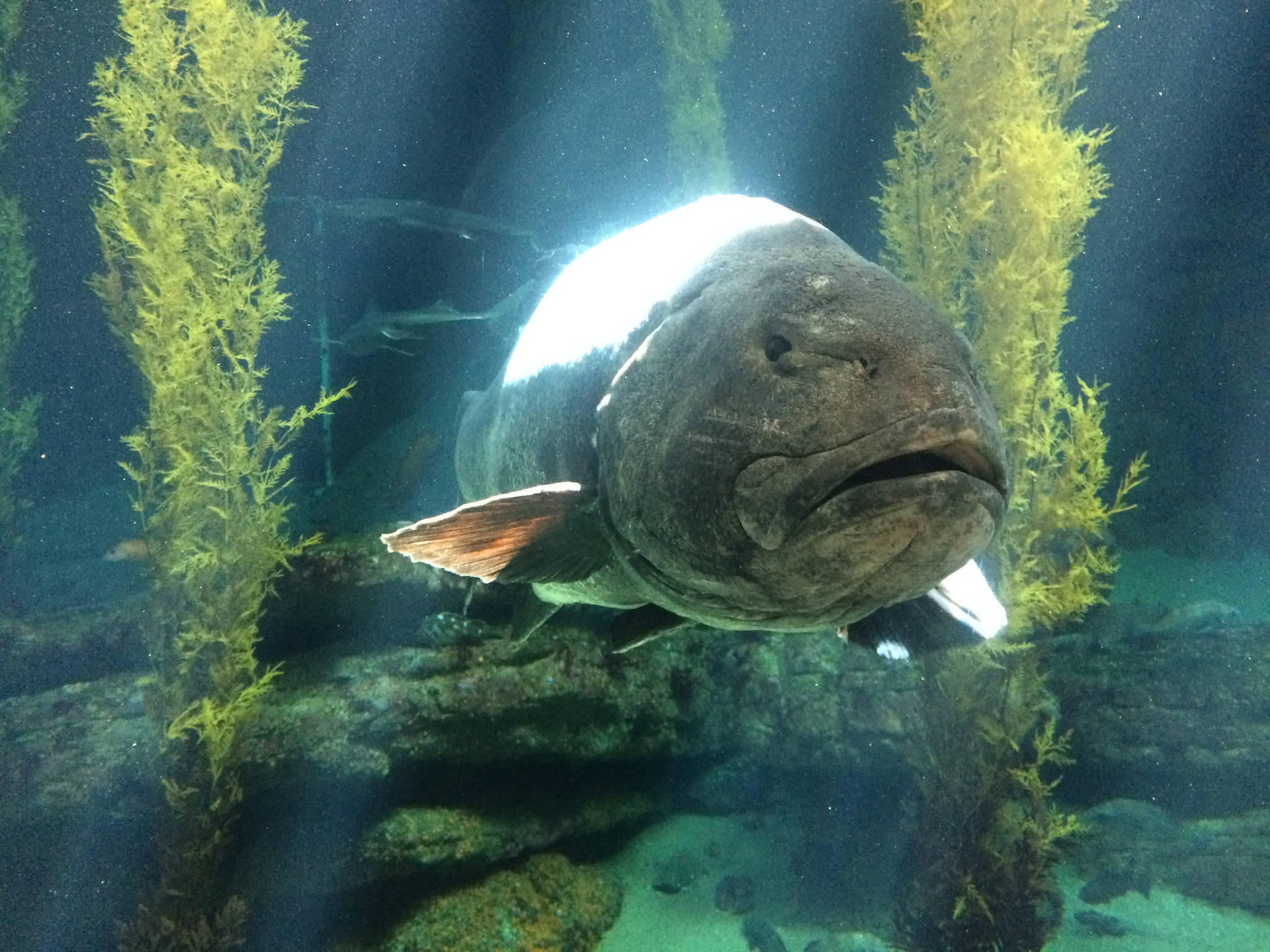 California is home of “the Giants,” and not just on the baseball field. One of the most imposing fish on the Pacific coast, the giant sea bass (Stereolepis gigas), earned its name by being, well, giant. Adults can be grow to more than 550 pounds and 7.4 feet in length, and there are even some historical angler reports of individuals weighing up to 800 pounds (but fishermen are prone to hyperbole). Aside from humans and the occasional great white shark, adult giant sea bass do not have any predators and are known to live at least 70 years. These massive animals can be found along the West Coast from southern Mexico all the way up to Northern California, and tend to reside in nearshore habitat at depths of about 20 to 150 feet.

Unfortunately, their large size has not protected giant sea bass from human fishing efforts, and they are currently listed as critically endangered by the IUCN.  These fish were particularly susceptible to getting caught in gill nets used by commercial fishermen in California until a ban on the fishing gear in 1994. They were also harvested by recreational anglers and spearfishers (although it would probably take a very ambitious spearfisher to target a 400-to-500-pound fish). Because giant sea bass don’t reach maturity until about 13 to 15 years of age, their populations could not regenerate quickly enough to recover under heavy fishing pressure. The good news is these marine behemoths seem to be responding following a ban on commercial and recreational fishing for the species, and have reappeared in areas where they hadn’t been seen in decades. However, recent surveys in Southern California estimate that giant sea bass biomass – the total weight of fish in the area, a measure often used in fisheries assessments – is around 0.1% of historic levels, suggesting the species has a long way to go before it is fully recovered. 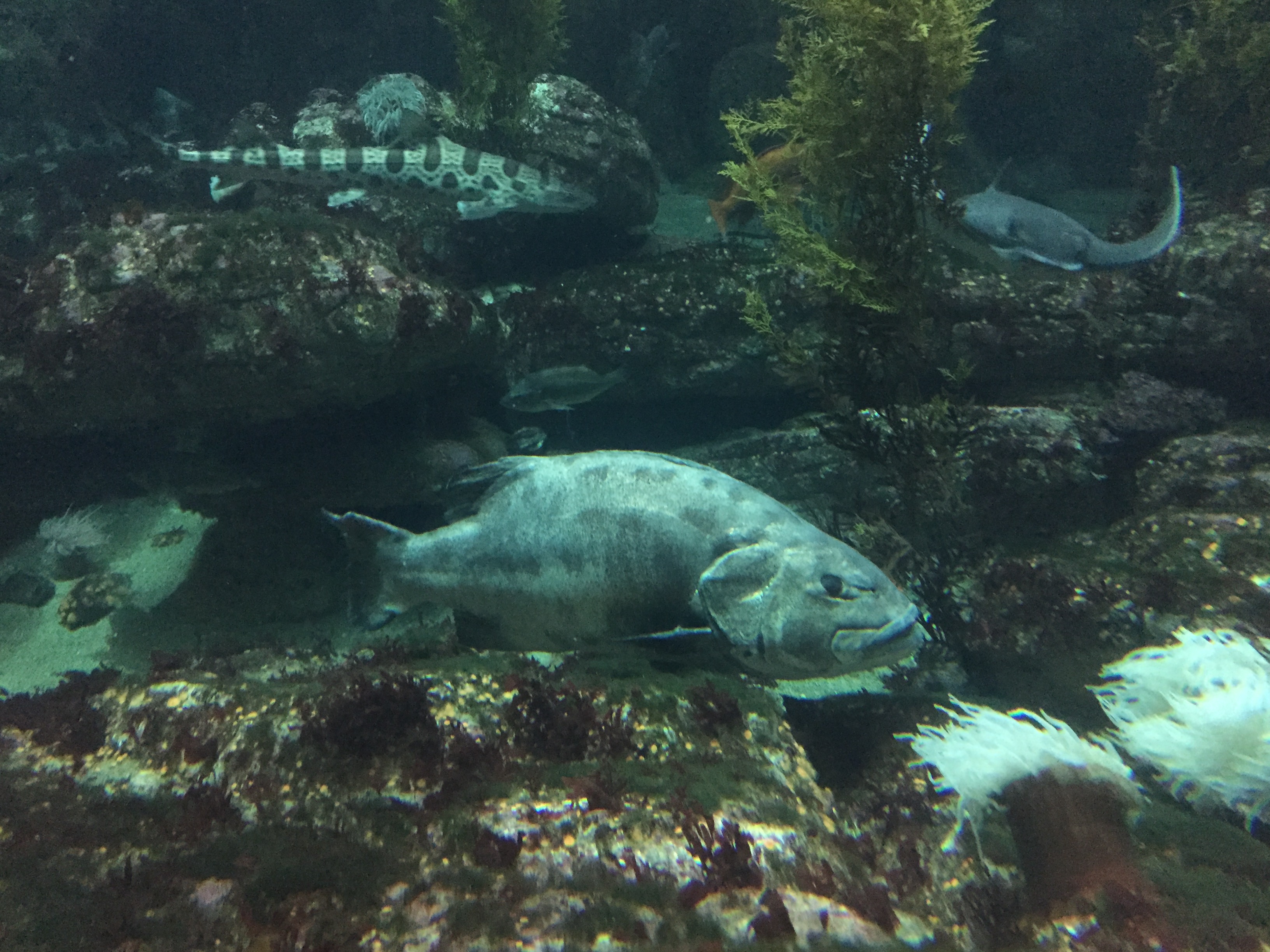 Being large doesn’t necessarily make giant sea bass easy to study, and there’s still quite a bit that’s unknown about these marine giants. For instance, scientists have long wondered where the young-of-year can be found. With bright yellow scales, white and brown spots, and a prominent dorsal fin, baby giant sea bass look nothing like their drab parents. Like many marine fish species, giant sea bass are known to start out life as tiny drifting plankton before settling out on the sea floor, but where they do this has remained somewhat of a mystery.  Researchers in southern California recently used SCUBA surveys to locate these baby giants (Allen et al. 2018). Divers discovered that young-of-year lived close to shore in shallow water, where they stay until they reach a size of about three inches. Interestingly, 73 percent of the babies the researchers observed were within 500 meters (about 1,640 feet) of submarine canyons. The researchers hypothesize that these shallow areas near the very deep water of the canyons are very productive and provide an abundance of prey, such as mysid shrimp, for the baby giants.

Giant sea bass are a truly amazing fish, and seeing one is a remarkable experience. Although it is possible to get lucky and encounter one in a kelp forest if you’re SCUBA certified, the guaranteed way to spot a giant sea bass is to visit the Monterey Bay Aquarium, where our biologists took the photos above. 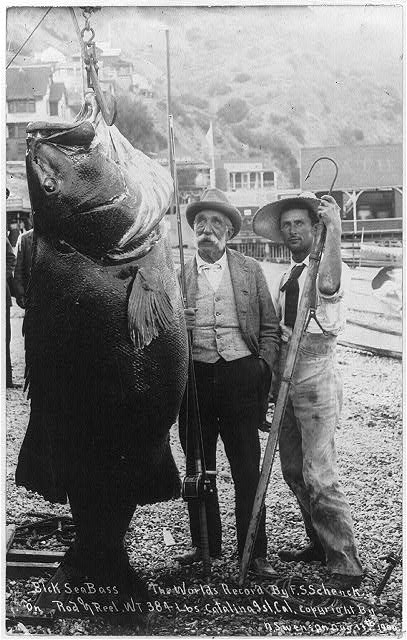