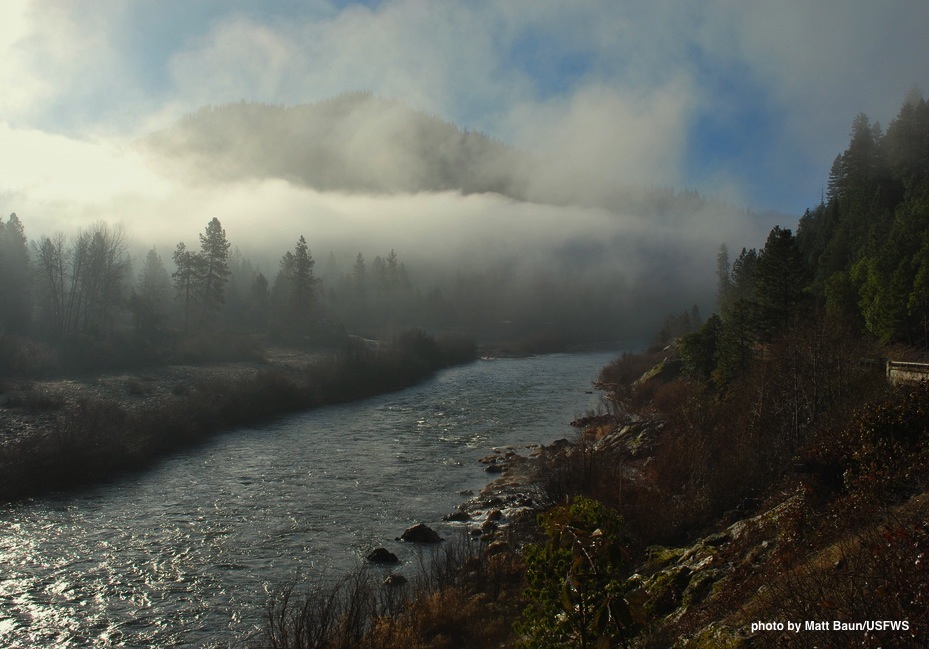 The two large salmon-bearing watersheds in California, the Klamath-Trinity and the Sacramento-San Joaquin basins, drive the production of the recreational, commercial, and tribal harvest of Chinook salmon in the state. Differences in the timing of freshwater return and spawning create a temporal separation between the salmon runs in both systems: the Central Valley has four runs of Chinook salmon (spring-, fall-, late fall- and winter-run), while the Klamath-Trinity system is home to only spring- and fall-run stocks. High homing fidelity of Chinook salmon limits interbreeding among populations separated by location and run-timing, which results in unique genetic signatures and, presumably, localized adaptations of different salmon runs.

However, in these major watersheds and elsewhere, large-scale infrastructure developments and fisheries management practices have presented great obstacles to the maintenance of distinct genetic structure, or patterns of genetic diversity, among Chinook salmon populations. For example, the construction of large dams — such as Lewiston Dam on the Trinity River — prevents the historical geographic separation of temporally distinct runs within a river. Spring-run Chinook salmon, which used to ascend and reproduce in cool headwater reaches, are now forced to share downstream spawning habitat with their fall-run counterparts, resulting in hybridization between the two stocks (Kinziger et al. 2008). Further, large-scale artificial propagation of Chinook salmon and associated stocking practices can contribute to the erosion of distinct population genetic structure, even though these practices are often intended to mitigate the loss of natural production resulting from dam construction. The reasons for this include the high tendency for hatchery-reared Chinook salmon to stray, particularly individuals that are released at locations far from their natal hatchery (CDFG & NMFS 2001). Furthermore, transfers of fertilized eggs among watersheds were exceedingly common in the past, which eroded genetic differences among salmon populations. In California’s Central Valley, these practices have resulted in the loss of genetic structure, effectively homogenizing fall-run Chinook salmon populations and raising concerns regarding the fish’s ability to retain the adaptive potential required to persist under ever- changing environmental conditions (Williamson and May 2005).

In contrast, fall-run stocks from different tributaries in the Klamath-Trinity system continue to exhibit significant genetic structuring, despite being subjected to large-scale hatchery influences, finds a recent paper in the journal Transactions of the American Fisheries Society (Kinziger et al. 2013). The study authors, which include FISHBIO biologist Michael Hellmair, evaluated genetic variation in all major populations of Chinook salmon in the basin and were able to resolve three distinct genetic lineages. The first is a lower basin group (downstream of the Klamath-Trinity confluence), which is more closely related to coastal Chinook stocks from northern California and southern Oregon than to other Chinook populations in the Klamath-Trinity watershed (Gall et al. 1992). The second is a Klamath group, which encompasses the Iron Gate Hatchery population and fish from tributaries to the mainstem Klamath River upstream of and including the Scott River. The third is a Trinity group, which includes spring- and fall-run populations from the Salmon and Trinity rivers and those stocks propagated in the Trinity River hatchery.