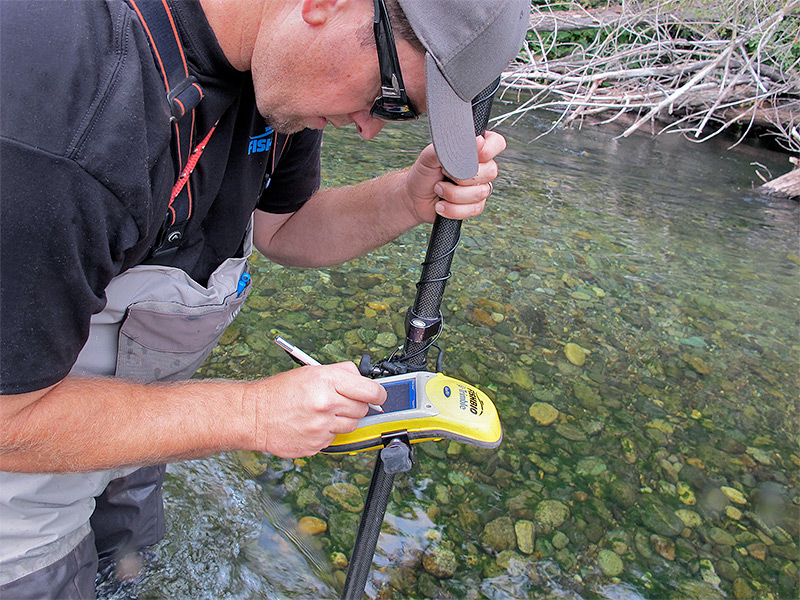 As the Chinook spawning season in our local rivers draws to a close, we’ve wrapped up our final redd surveys of the year. Every year, we conduct these spawning site surveys at regular intervals throughout the season to document salmon reproductive activity (or at least evidence thereof) in river reaches that offer suitable spawning habitat (see On point, Hunt for redds in October). While maneuvering these river sections in kayaks, rafts, or on foot, we keep a sharp lookout for the telltale signs of a redd: light-colored patches of riverbed where spawning females have dug up and removed fine sediment and algae-covered rocks.

After we spot a redd, we record its position with highly accurate GPS units, allowing us to later map redd locations, determine which stretches of river are most important to spawning, and note how redd distribution changes within the season and between years. In addition, it allows us to identify incidences of redd-scouring (where redds have been washed away by heavy flow), dewatering (redds left “high and dry” by receding water), or superimposition (redds built on top of an existing one, potentially disturbing or damaging the eggs laid previously).