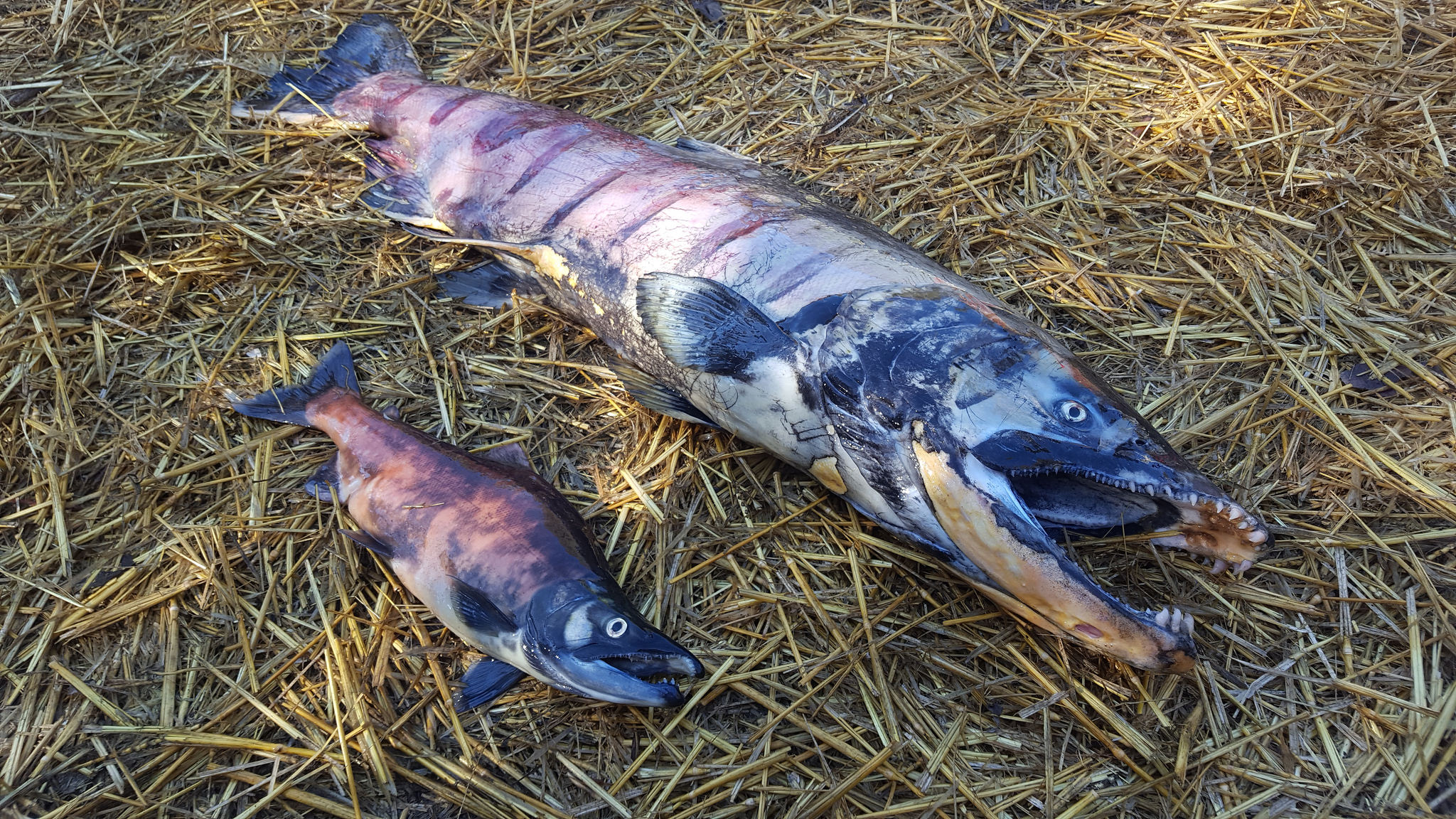 We’ve had four out of five Pacific salmon species visit us on the Stanislaus River in the last few months during a rather remarkable monitoring season. In addition to above-average passage of Chinook salmon, we also observed a rare chum salmon and pink salmon at our fish counting weir. To add one more salmon species to the season’s list, the carcass of a kokanee – the land-locked form of sockeye salmon, Oncorhynchus nerka – also washed up on our weir. The kokanee is shown on the left in the photo above, with a much larger Chinook salmon on the right.

Also known as red salmon for their vivid spawning colors, ocean-going sockeye salmon populations are found from the Columbia Basin to eastern Russia. Due to deliberate stocking efforts, the land-locked form is now also widely distributed, and can be found in many of California’s lakes and reservoirs, including Lake Tahoe and New Melones Reservoir. Like sockeye, kokanee hatch in streams, but rather than migrating to the ocean, the kokanee travel to lakes and reservoirs to feed and grow into adulthood. The ocean is a bountiful food court compared to a lake, which means ocean-going fish grow to much larger sizes. While ocean-dwelling sockeye can grow between 24 and 33 inches long, all-freshwater kokanee rarely exceed 16 inches in length.

The fish we found on our weir most likely washed downstream from New Melones Dam during last winter’s high flows, and had since remained in the river upstream of the weir. This is not the first time we have spotted kokanee in the Stanislaus River, and this season’s sighting brings our species tally of Pacific salmon to four, with only coho salmon, Oncorhynchus kisutch, missing for a salmon grand slam. The odds are low, as no breeding populations of coho salmon occur in the Sacramento or San Joaquin rivers, but coho salmon have strayed into the Central Valley in the past. This season has offered us a refreshing reminder of the great diversity of salmon species we are lucky to (sometimes) encounter.