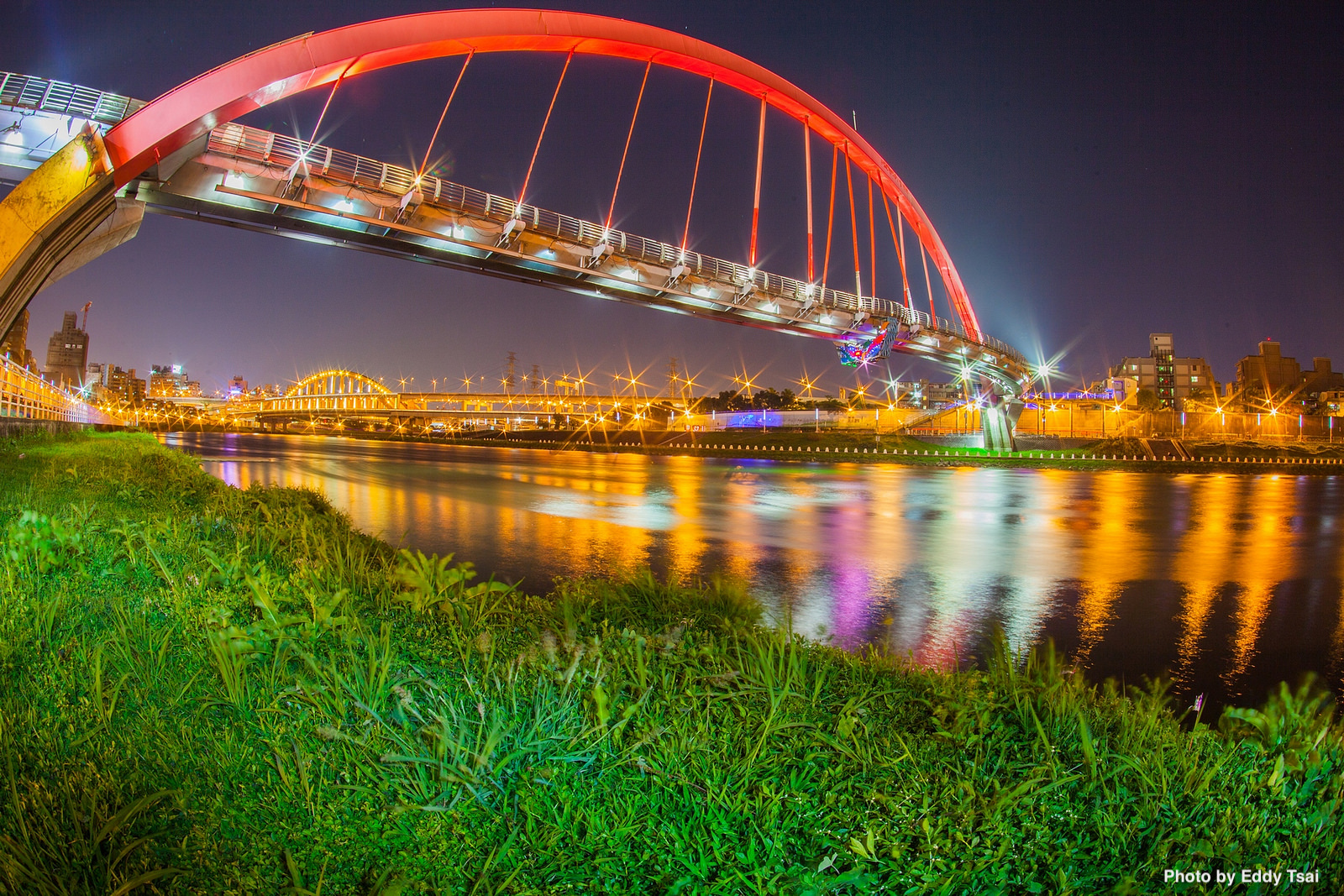 In today’s Flashback Friday we examine how artificial light can affect fish behavior.

Using lights to attract fish at night has been a well-known fishing method since before the light bulb was even invented. Ancient cultures used fire to attract fish to their boats and catch them more easily. Fishers today use advanced underwater lights that, we now know, attract plankton and, in turn, small fish and larger sport fish. Even some predatory deep-sea fishes create their own light, called bioluminescence, to lure in prey. Fishers and aquarium owners know that different lights have different effects on fish behavior, with some spectrums impacting fish more than others. Scientists have now begun to study how different types of artificial lights might be affecting threatened and endangered fish species in the wild.

When artificial lighting shines near waterways, whether from street lamps, porch lights, or car headlights, it can penetrate the water and affect fish behavior by altering their natural circadian cycle. The term “light pollution” is used to describe overly unnecessary and adverse lighting, and it can affect salmonid survival and behavior in multiple ways. Individuals of certain salmon species are attracted to lights, like a moth to a lantern (USFWS 2015). Aquaculturists use specific light frequencies to strategically alter the timing of sexual maturation in farmed salmon (Leclercq et al. 2007) and to alter their nighttime swimming behavior (Stien et al. 2014). Artificial lights have also been shown to alter the migratory timing of PIT-tagged Atlantic salmon (Riley et al. 2012): rather than waiting until sunset, juveniles migrated at random times when exposed to artificial street lights at night. In a study of predation on sockeye salmon under different light conditions, predation mortality from sculpins (Cottus spp.) increased by 40 percent when the fish were exposed to artificial lights (Tabor et al. 2012). 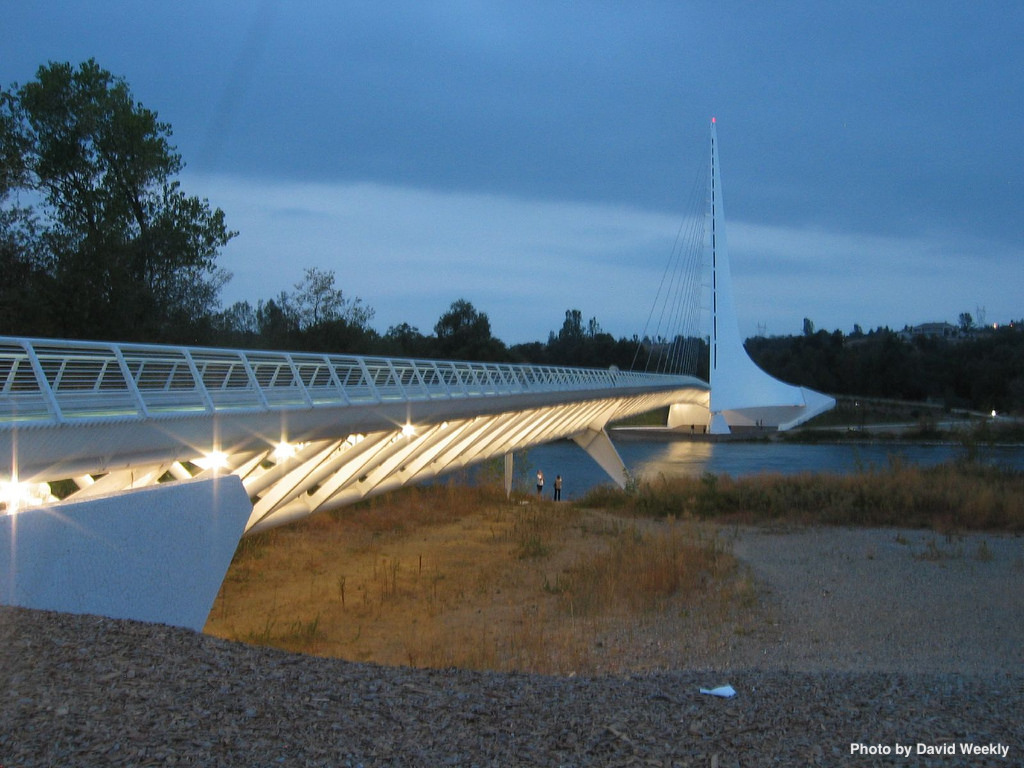 The interaction between light pollution and predation could deal a heavy blow to species already struggling to survive. Bridges, in particular, often have lighting that shines into rivers at night, and attraction to these stationary lights can stop juvenile fish in their tracks as they migrate downstream, making them vulnerable to predators. Fish also frequently migrate and feed at night to hide from predators in the darkness, and bright lights shining on the water eliminate their protective cover. In rivers where salmon spawn, juvenile salmon can be especially impacted by bright nighttime lights or reflections on the surface of the water because predation is a major contributing factor to the high mortality of juvenile salmon. Light pollution from the iconic Sundial Bridge in Redding, California (shown above), was a suspected factor that contributed to the near loss of Sacramento River fall-run Chinook salmon from 2011–2013.

The good news is that not all lights are bad for fish. Researchers discovered that certain spectrums of light, such as low-intensity LED lights, are less disruptive to fish because they don’t trigger the same hormonal and physiological responses (Migaud et al. 2007). In 2014, new fish-friendly LED lights were installed to replace the more than 200 lights on the Sundial Bridge, which included using a different light with a lower intensity, and installing the lights at an angle to point away from the water. This simple, science-backed solution may have a big impact on fish survival – and it also saved the city money on their electric bill. While salmon in the Sacramento River and elsewhere face a barrage of threats such as climate change, habitat destruction, predation, and pollution, addressing known issues that have a relatively simple solution, like switching a light bulb, can contribute towards a fighting chance at species recovery.