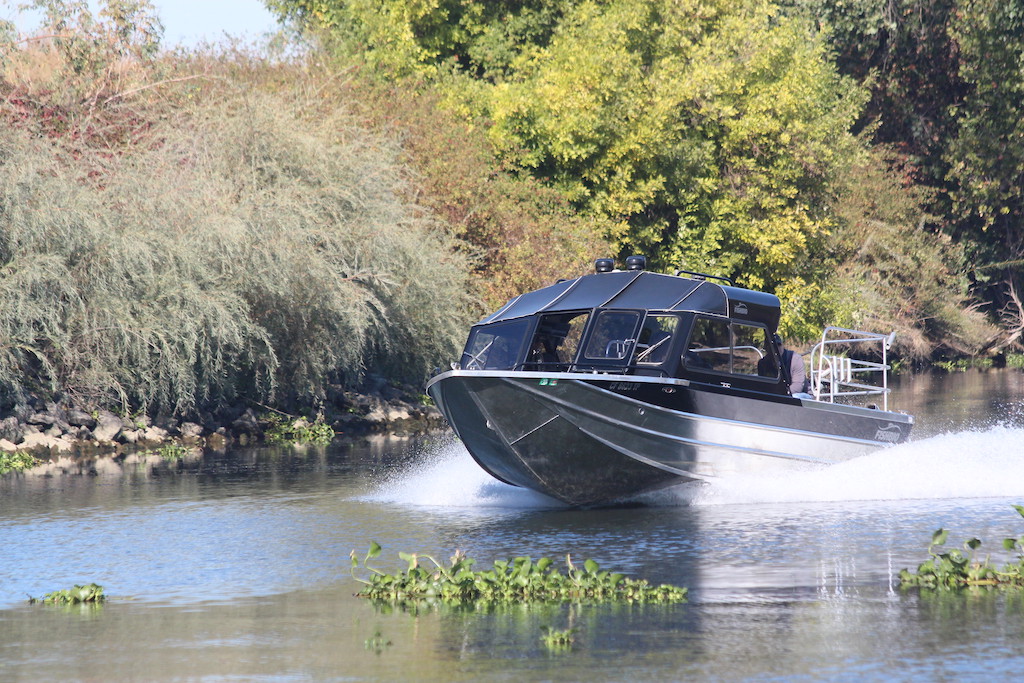 The environment is flooded with the byproducts of human populations, be they chemical, physical, or visual. But among the most prevalent of pollutants are human-created sounds – and humans aren’t the only ones listening. Many animals rely on sound to communicate, find prey, and avoid predators, but a continuous background cacophony can make that difficult. This problem is particularly significant underwater, where sounds travel much faster and are often much louder. For example, the noise created by a super tanker is 128 decibels in the air, but 190 decibels when measured underwater. The impacts of noise pollution on animals can include difficulties with communication, difficulty locating prey, prey being more vulnerable to predators, and animals switching from feeding behavior to hiding, fleeing, or social interaction. Many questions still remain about how these altered interactions may affect animals at the community or population level. To help address this gap, a team of scientists recently studied changes to fish feeding behavior in response to human-produced sounds, and their findings suggest that noise has the potential to alter food webs and aquatic communities as a whole (Hanache et al. 2019). 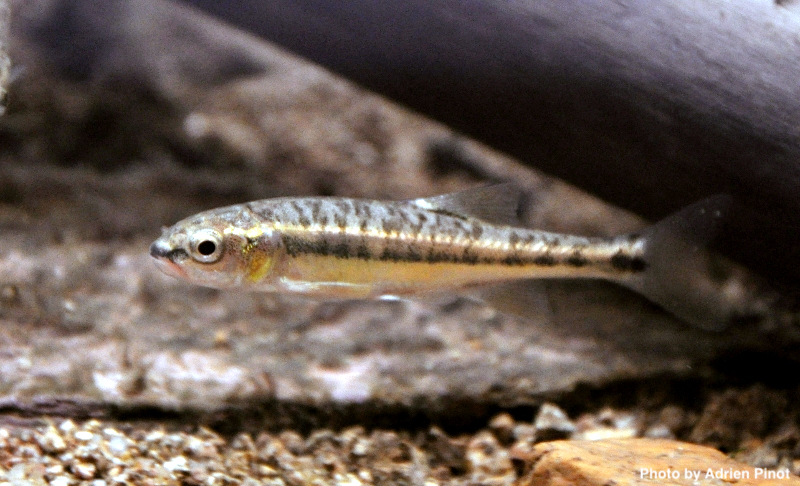 Using the European minnow (Phoxinus phoxinus) as a model species, the researchers developed an approach to evaluate the functional response of the fish to motorboat noise, or the rate at which fish consumes food as a function of prey density, which can be graphed as a curve. The shape of this curve varies, but it often shows a marked increase in the number of prey consumed with an increasing density of prey that eventually levels off as the predator fish reaches its capacity for prey intake. By examining this response curve, the study sought to expand upon the typical “snapshot” predation tests frequently used to evaluate the effect of noise pollution that use only a single density of prey. The experiment involved placing individual minnows in tanks with varying densities of prey (insect larvae) and exposing them to either ambient sound or motorboat sounds played through an underwater speaker. In addition, a separate fish was placed in a clear tube within the same tank to determine if the test minnow would seek social interaction. The researchers measured where the minnow moved, how frequently it approached the other fish, and how many of the insect larvae it consumed (or its attack rate). The results revealed that motorboat sounds caused a significant decrease in the attack rate, a significant decrease in the distance to the companion fish, and a significant increase in the maximum swimming distance.

Motorboats are common in many lakes and rivers, and it’s unsurprising that the loud noise they produce affects the behavior of individual fish. However, the stress response of P. phoxinus in this study suggests that elevated noise could shift normal ecological interactions by causing fish to spend less time feeding and more time fleeing or seeking the safety of a school. The initial slope of the functional response curve in the presence of boat sounds was lower than that of fish experiencing normal ambient sounds, meaning the fish were eating less at a given density of prey. In turn, these shifts in behavior could trigger cascading effects throughout the food web. Some animals have found ways to work around the noisy humans in their environment, either by rearranging their schedules to feed when boat traffic dies down, or by moving to quieter areas to forage. However, more studies are needed to determine the limits of these adaptations, and to understand the long-term ecosystem changes that may result from continued noise pollution. Fish may not say much, but it’s important to remember that they’re always listening.