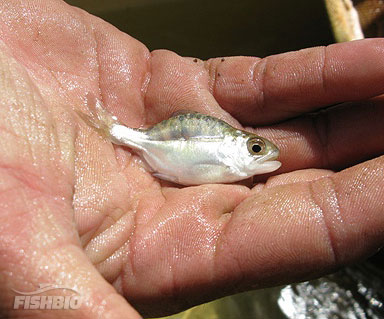 People often ask, what’s wrong with hatchery fish? Maybe the most obvious answer is that selective pressures that exist in the wild don’t exist in hatcheries. As a result fish that wouldn’t survive in the wild survive in the hatchery, at least until they are released. Fish such as this one are no doubt quickly removed from the population by predators once they are released into a stream. Of greater concern, however, are the inferior traits bred into successive generations of hatchery fish that we can’t see. Concerns with hatchery fish include inbreeding and loss of genetic diversity, artificial selection of desired traits (e.g. size, run timing), lack of disease resistance, and competition and breeding with wild fish.